The Spider-God, Mog,
in his grey gossamer nest,
smiling down at Mouse.

The penultimate Lankhmar book! Though I confess, I'll miss these scoundrals when I'm done. Fafhrd & Gray Mouser certainly have earned their place in the fantasy canon. I was saying on Twitter that my dream-casting would be Christian Bale & Joseph Gordon-Levitt. Bale would need to keep his beard, obviously. Anyhow, sadly this wasn't my favorite of the volumes. The theme of the book is deus ex machina, or really deus ex mischief, as Fafhrd & the Gray Mouser are toyed with by the gods of Nehwon, by Death, & by the gods Odin & Loki-- the latter of which are suspiciously like an older Fafhrd & Mouser. Now, normally when Gray Mouser & Fafhrd get into trouble-- as they are wont to do-- you know they are going to get out of it by a mix of pluck & luck. Somehow brining all the fateslinging of the gods into it muddles that up; you get our (anti-)heroes sort of bumbling through a montage of meaningless scenes, totally at the mercy of the narrative. Also, I was sad to see them backslide into their "wenching" ways-- I was excited about Fafhrd's ghoul girlfriend & Gray Mouser's wererat infatuation. With them out of the way, the stories took up the sort of misogynistic tone that makes me shake my head & mutter. For shame! That being said, it wasn't all bad. There were two-fold things in the last & longest section, "The Frost Monstreme" & "Rime Isle," that I really liked. The first was that Fafhrd & Gray Mouser's past came back to haunt them-- actually, this was true in "Under the Thumb of the Gods" as well. Bringing back old adventures gives the story a sense of continuity that the more episodic stories miss out on. & having the Invisibles from my favorite story, "Stardock", as major supporting characters? Yes please. The second success is in maturing the characters. The Fafhrd & Gray Mouser of this book are older & wiser than their earlier incarnations. Age & treachery beats youth & stupidity every time, if you ask me. 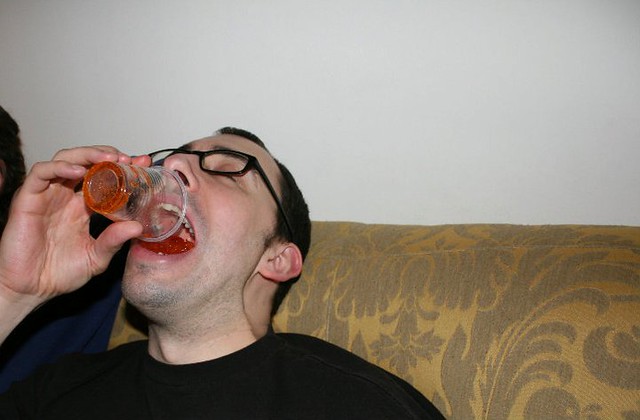 I've become much more introverted in my life, in the last decade. Part of this is being married, but part of it is being married to Jenny, too, I think. She's an introvert, & that means a lot of my socializing is done solo. Not to mention, I like her way more than anybody else, so means I'm frequently turning down plans because I'd rather just go home & hang out with her, anyway. Besides, it gives me a chance to cherish my misanthropy. Anyhow, the last few weeks I've been complaining about how everyone is suddenly in town, visiting, but really I like it. As much as I don't want to have social obligations, when I'm actually in the mix I have a decent time. Being able to leave helps, too-- while Jenny wants to socialize, she wants to go in for the long haul, but I'd rather hang out for a little bit & then bounce. This weekend's mystery guest was...Brian! I haven't seen him in, oh, a cool decade. Still, we picked back up pretty quickly. He got to Park Slope a little early, right as I was leaving the gym-- a nice workout for my arms-- & then hung around my apartment while I showered. Lunch was Chip Shop-- I had sausage & beans & chips, which was too, too many chips. Brian & I talked about games & relationships & such for about four hours, & then Jenny came home & Brian left. Not before I brought up the letter he wrote Jenny telling her I would break her heart! Which to be fair, I had coming. So! Funny. The evening was then laundry. Stupid old laundry, I hate you. We folded it while we watched the second part of the Castle "terrorism" episode.

Then Sunday! I went to church! Well, into a church, anyway; it was baby Olivia's baptism! Kira & Nino aren't superstitious, but Nino's old man is, so they were humoring him. Dale & Patty picked us up & we drove out to New Jersey, & then into a cathedral! The wall of saints behind the altar was pretty cool, actually. Less cool was the deacon who did the ceremony. Lay people, ugh! Give me your professional clerics! No? Fine. Everyone missed when he said "deacon," & he was all done up in vestments, so when he mentioned his children, there was a lot of whispering in the crowd. The service was...mostly him talking about a minor league football player he met at a men's conference? It was very strange; Justin counted the number of times he said "I"-- not "me" or any other derivative-- & it was thirty-nine. Thirty nine times. After Olivia was dunked & anointed in oils, we all went to Mister Nino's for supper. Nino's pop has the same name, & thus Mister Nino's is his favorite restaurant. The wait staff were...overwhelmed, lets say? But we managed, we managed. I managed...to drink more wine then I meant to. First course was prosciutto & melon, followed by mussels in red sauce, & then fried calamari & stuffed mushrooms & baked clams (the baked clams were my favorite), & then that was followed by some pasta, & then a salad, & then surf & turf with mashed potatoes. Actually, the lobster was pretty good! There was a cake, but I didn't have any; apparently it was good & more pastry than cake. Whatever! We were sat at the "kid's table," with Nino's cousin Justin & his wife whose name I've forgotten, & Silva & Liz, & then the other end of the table was Dale & Patty & some people with a kid that we didn't talk to because they were too far away. Patty & Dale drove us home, & I wanted to go right to bed. So what if it is only six thirty! Jenny convinced me to stay up & watch an epsiode of Fringe, which is fine & dandy, but I remember exactly zilch from it. Jenny said it was about...porcupines? I guess I'll have to watch it again. 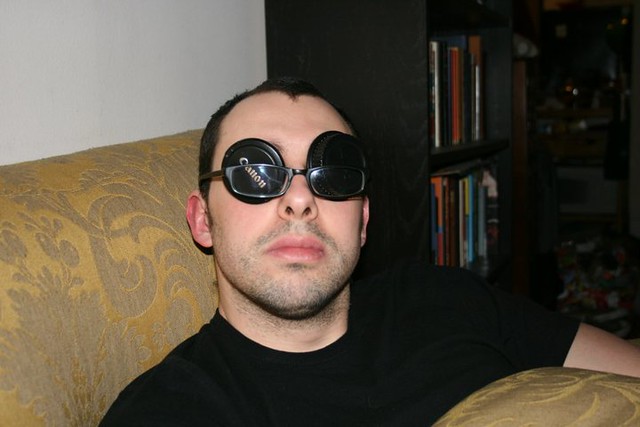 (Above, jello shots at Television Night & my impression of A Bug's Life; photos by

I've had my fair share of successes with lost cities. Not as a Narrator, actually-- I haven't really used the lost city trope, which is a shame, since lost cities are very cool. As a player! There was the lost city in Oisos over-run by the undead-- I played Il Dottore, Geiselghast, wore plague doctor garb & rode a broom. It was great. Then there was the Hundred Worlds, where my ettercap wizard found a city hidden in the sand-- we got mummy rot & didn't have a cleric! It was dangerous & compelling. Lost Cities of Golarion intends to provide Game Masters with the tools to create those kinds of memories. It is primarily a setting book, detailing six cities in the Pathfinder world. It doesn't have any tips for building & populating your own haunted ruins, which is a missed opportunity, but what they give you is engaging. I was particularly struck by two cities-- Kho is one of them. If you recall from my last Oubliette campaign, part of the plotline was crystal ships falling from the sky. In fact, the city the campaign was centered on, Malake, displayed signs of being a former crystal city, millenia ago. So yeah, another case of overlapping interests, which happens with me & Paizo a lot. The authors watched Donner's Superman, just like I did, & Krypton & the Fortress of Solitude lodged in there. My other favorite lost city is Tumen. Constructed by four monarchs-- The Fiend Pharaoh, the Radiant Pharaoh, the Cerulean Pharaoh & the Pharaoh of Numbers-- Tumen is the Las Vegas of Golarion. Built in the middle of the desert as a monument to vanity, then forgotten. Good stuff. The other cities are no slouch-- a creepy intellect devourer city?-- but I do wish there was an Expedition to the Barrier Peaks-style crashed spaceship-city. Shows you how my mind works, I guess.
Collapse