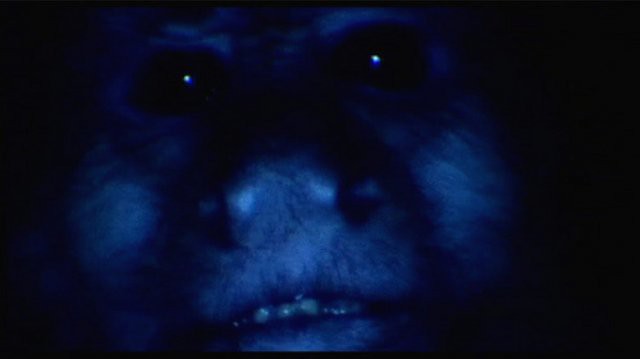 Just a confusing Friday night! I left work a few minutes early with Matt & Kat-- because of a copious amount of projects during the week, I had to cram a lot of my usual responsibilities into one day. I'd been "paying the interest" on them, so to speak, so they didn't snowball out of control, but I had to buckle down & do a whole smear of work all at once. Not to mentioned messing with my phone & getting lunch. Anyhow, I surpassed my conservative estimates & got it all done, so good for me. Matt & Kat took me to Standings, which is their favorite sports bar. Right next to Burp Castle. Matt couldn't believe I'd never been to Standings, which was funny-- I mean, I don't hate the existence of sports bars, but I don't go to them, especially not when they are next door to bars I do go to, you know? To be clear, it is a bar about sports, but not a "sportsbar," that is to say, it isn't a glorified BW3s or something. I was impressed with the selection they had on tap, & nabbed a Greenport Harbor Anti-Freeze, which was a nice malty beer. Not intense & not as crazy as I usually like my beer, but it hit the spot. I disengaged from them, taking the "a" part of "a drink" literally. Bravo self control! Besides, we've been procrastinating on doing laundry all week, & I thought the plan was to sort it tonight.

Joke's on me! Jenny got drinks with her co-workers, as well, & she stayed out later than I did. Fine with me, actually-- I got a little bit inebriated at home & watched some cartoon. Watched the rest of Halo: Legends, which was fine. I do like to just think of the Spartans as being a bunch of Captain America's in Iron Man suits of armor. The gender play in "The Babysitter" was good, too. After that I put on Young Justice. It was an Aqualad-centric episode; they really have done a good job with that character. Sadly, the power went out half way through watching it. Or did it? The television was still on, some lights were still on, but others had turned off. In my inebriated state, very confusing. Maybe the bulb on the lamp just blew? In...a bunch of lamps at once? Naw. It looked like half of the apartment was just out of power, while the other part still had juice. I flipped the circuit breakers in every combination I could think of, to no avail. That was actually my mistake; the cable was still on but when I flipped the breaker...poof, the DVR stopped recording Young Justice. Eventually I gave up & just sat in the friscalating dusklight, watching old episodes of The Daily Show, until Jenny came home drunk. So much for laundry-- looks like that will be tonight. She looked at the fuse box in confusion too, but by that point I'd heard people outside talking about the problem; 25% of the block's power went down. ConEd had the streets blocked off when I went to go pick up burgers, & Jenny & I closed out the evening watching an episode of Fringe. "The No-Brainer," it was called, & it lived up to the name, being kind of stupid. Cheap episodic fluff with hollow manufactured conflicts. Just not the best episode.
Collapse