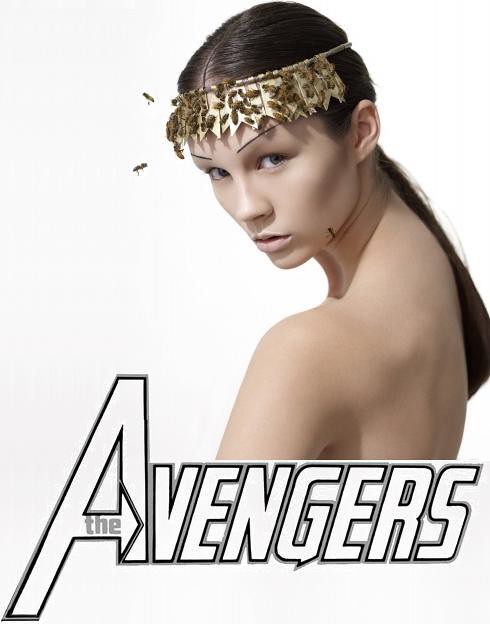 (Brittani photographed by Mike Rosenthal, MSPaint by me.)

I don't even know where to start. I've been very lax on living my life. Or well, at least the parts where I have enough time to soak in it. I've just been busy in a nest of social obligations. Lets just dive in. Wednesday was going to be first up! It started off with lunch; went to Rye House with

borntohandjive. I have only seem him maybe once or twice since high school, so a lot of our conversations are those kind of nostalgic "who do you still talk to?" check-ups. Parted ways & then home again, home again, jiggidy jig; Television Night! It was going to be a quiet evening with just

fatbutts, but then boom! Everybody came.

elladorian had been feeling under the weather &

fordmadoxfraud was going to take care of her, but she was feeling better & suddenly there they were! Following in due time by

comeuppances. I was in a terrible mood; I just got a new phone & it is stressing me out. Yes, that is a dumb reason to be grouchy, thanks, I know-- pointing it out only makes me more crabby! Good beers were enjoyed: Lilly brought Brouwerij Verhaeghe Duchesse De Bourgogne, which was a fine sour beer, but not face meltingly good. After that we opened a bottle of Rodenbach Original which was good, but not as good as we remember the Grand Cru being. We finished up with some beers David & Maggie had brought: Chimay Rouge & La Fin du Monde, which I'd actually never had. It had been over-hyped to me, so I was a little let down. As for the girls of America's Next Top Model I still withhold judgment till after the make-overs. One of the blonde girls I like, & Monique I like. We'll see. Oh, & we topped it off with Modern Family, which once again hit a little too close to home on one of their jokes; I can't remember which one though.

Thursday was better day for my temperament, but very busy. Paired with going to the dentist on Monday, I had a physical at the doctor's on Thursday. While he was out of the room I sneaked a peak at the notes he was taking about me-- he said I was "pleasant, alert & well hydrated." Thanks, Doc! As I was leaving, I asked about one of the pieces of art on display-- it looked like one of the horse masks from Equss-- & was told all the art in the office was by my doctor's wife. Huh! Lunch was at Restaurant i with Allen, again, & then finally back home to have a second to myself. Jenny was babysitting Olivia all day; that has begun. Tribe life, ya heard? I went to the gym-- oh, I should mention. The doctor told me I've gained ten pounds in the last three years. A decent portion of that is muscle, but I would like to lose weight. I'm in good shape, but I don't moderate my diet at all-- if I exercised a little self discipline, I might be able to get pretty cut. Just an idea. The gym was nothing special; just cardio & the machines for an hour & fifteen minutes. Came home to drink a swig of the Monk's Cafe Flemish Sour Ale that Jenny opened & then I cracked the Uerige Doppelsticke which was really, really great. Jenny didn't like it, but it hit the spot. With the hour of night left before bedtime we watched Tosh.0 & How I Met Your Mother. I insist there was a time when Barney was just a lothario, & not a sexual creep...but those days are past. I think when HIMYM chickened out of the Barney & Robin relationship, that was when it "jumped the shark." We're just looking at the ghost of the show, now.

I can be obsessive with my telephone. Well-- I can be obsessive about anything. See, I'm not really obsessive-compulsive, though. I want to get it right but then I can leave it alone. I don't need to keep picking at a scab. Until it is right, though...it just gets under my skin. All of my cell phones have been this way; I'm miserable until I get the motif just right, & then I can relax. My first cell phone's wallpaper was Gustave Doré's Destruction of Leviathan, & the ring tone was Sweet's "Ballroom Blitz". My next phone had the same wallpaper-- how I lived without changing it is a mystery-- & the ringtone was "Night on Bald Mountain". After that, my next phone's background became Astaroth's seal, & the song for its ringtone was The Mountain Goats' "Lovecraft in Brooklyn". Later I got a new version of the same phone due to some technical troubles, & kept the same background but changed the ringtone to what I'd originally wanted, Godspeed You! Black Emperor's "East Hastings". I was pretty happy with that final combination. Now I've got this new phone, & I'm freaking out about it. Like, I was in a bad mood about it on Wednesday, & it made me late for my lunch plans with

comeuppances today, even. Right now there are two options for the background-- Hugh Ferriss' "Philosophy from the Metropolis of Tomorrow" was my first pick (it is also the cover to my NaNoWriMo novel Watchtower Gothic), but currently the wallpaper is a page from The Voynich Manuscript. For music, the way I have it set up right now isn't the worst-- my ringtone is from Requiem by György Ligeti. The monolith song from 2001: A Space Odyssey, in other words. My alarm clock is Jenny Lewis & the Watson Twins singing "Born Secular", which, yeah. I could stand to wake up to that every day. My text message alert is Aang from Avatar: the Last Airbender saying "They do get their mail on time!" Anyhow, I finally got sick of messing with it & split a cheese plate at Eataly with Sarah. Then, spent my time sniffing whiskey cheese. 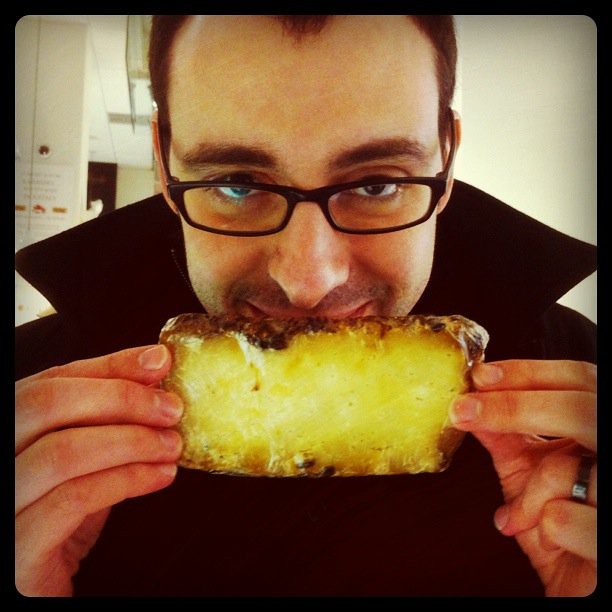