In all this talk about Character Traits I've overlooked that it has one or two problems. One, it doesn't address the issue of Powers, but that is fine. I am content to use the various Disciplines, Transmutations & Gifts as a sort of collection of Powers available to the Player. The second problem is a little more of a puzzler-- what about weird rules? The strength of the Merit system is that it allows you to graft ad hoc rules onto the game, from the character perspective. All the weird combat systems are Merit based, grafted on after the fact so that they are the Player's responsibility. On one hand, I think that is brilliant...but on the other, I'm finding that it isn't so necessary. A flexible reading of the rules will let the Narrator make on-the spot calls. I guess that is an "Old School" thing to say, but there it is. Still, I appreciate what Merits allow, & I realize that cutting them out would remove some of that flexibility. That makes me wonder-- can I add it back in, somehow? Maybe as something a little more broad, a little less specific? Listen, my favorite page of the World of Darkness book is page 134-- "Systems Permutations." Those are the hefty rule tweaks-- 9 again & 8 again, extra successes or talents, the rerolls for rote actions & advanced actions. How do you work those in? Maybe a section like Promethean: the Created's Endowments? I mean-- adding extra dice can help a lot, but having the little mini-games like rerolling your 9s, that is fun. I don't want to flense off the fun. I've also thought about just taking a step back-- having just one "Character Trait," in place of "Blood Potency" or "Arete" or whatever. A single character defining ability, like your Character Concept. Heck, I could fix my problem with Presence & Intelligence by rating it based on them-- that was sort of how I did it in Shadowrun, where everyone has one "catch-all" weirdness skill, whether it was "Agent Slickness" or "Wu-tang."

Another thing, unrelatedly, that has always bothered me is the World of Darkness rules for armor. & for weapons, for that matter. This kind of goes along with my musing on Item Traits. Weapons, especially with the advent of the Armory books, are a little goofy. A war axe is plus 5, 9 again? & there are rules for sharpening it even further? Yeah, that is just too much. You have to have a Strength of 4 to wield a halberd? That doesn't make sense-- the whole point of polearm is that Joe Schmoe can use it. Now, you could argue that the weapons have high Strength requirements but that you can use it with a penalty...but I try not to set "having a penalty" as the baseline, you know? I think about the system in my head sometimes-- okay, suppose a generic "Weapon" has a plus 3. Great, that isn't broken. Now, I kind of want to see it manipulated from there-- lowering that bonus of 3 to get a better Concealment rating (from "can't be hidden" to "hidden in coat" to "hidden in pocket") or maybe a bonus to Defense (I like that Spears do that), some extra Durability (like "folded steel") or even a bonus to Initiative (giving people a reason to be Knife fighters). I feel like a formula for weapons would be better than the current list-- some weapons are useless, others are way too powerful. I don't want to get overly complicated, or go the Rolemaster route, but I would like to use the rules to suggest certain story elements associated with weapons. Heck, with a formula you could build exceptional weapons, as well-- let people spend Merit points to add knick-knacks to their heirloom sword or whatever. Oh wait, didn't I abolish Merits? Hm. Maybe I should give people "Item" points at creation?

Armor-- & especially shields-- have always bothered me. The Storyteller System presupposes a modern setting, which means they don't have to focus on armor, & that is fine, but it doesn't help me out. The system has some obvious holes-- as it stands, it is only logical to wear a kevlar vest at ever moment, since there are no penalties-- that are more a matter of taste, or Storyteller logic. If someone was wearing a kevlar vest non-stop, you could just have some Stamina tests occasionally, or fail to give them Willpower back when they sleep. Fair enough. My problem is actually more fundamental; I'm not sure that having armor as an overlapping bonus with Defense is the way to go. I also don't think the division between melee & firearms protection is needed-- I see how it works for the World of Darkness, but I just don't have that same requirement. So what is it I want out of the armor rules? I want a system where wearing armor is a choice, with trade-offs. I want a character who doesn't wear armor to be a valid character option, but I want someone who does crawl into chainmail to be a valid character as well. I've had a few thoughts-- should armor provide a pool of dice to soak damage? No, that will make fighting drag, won't it? What if it automatically soaked up a number of points equal to its rating? Or downgraded damage-- making a certain number of points of lethal into bashing, for instance? What if it added virtual Health boxes? Actually, adding to Defense isn't bad, either...huh. I'm back at square one. Now, wearing full plate & having that reduce your Defense, that makes sense I guess, but isn't something like chainmail meant to allow you to have the benefit of armor while still being dexterous? Hm. I could always require Willpower to use armor-- it sounds silly until you think of it as "pushing through the discomfort." Or I could have armor penalize Skills. I've always liked that; it gives you a reason to suit up for the big brawl, but to go unencumbered most of the time. Heck, armor could provide a couple of different bonuses-- some soak, some bonus Defense, for instance. Is that the ticket out of this mess? This is a different discussion, but what about when people shouldn't be wearing armor-- say, at a party-- but then when assassins bust through the window halfway through the session, go "well, I wouldn't have come to the party if I couldn't have my armor." Should they have a card that is on display, showing their armor? Or would skill penalties take care of it? I'm just musing, I don't have solutions...yet. 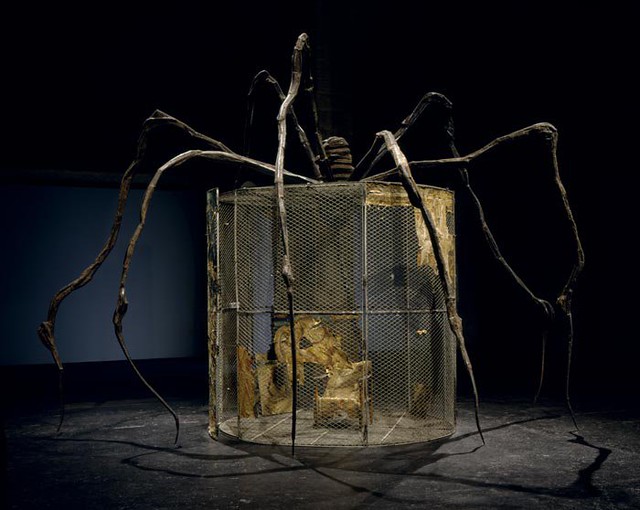 Friday I watched All-Star Superman with

ranai, who left when it was done, which was right about the time Jenny came home from work. I left with her, but just as far as the grocery store, where I bought the supplies for Jenny to make macaroni & cheese. We watched an episode of How I Met Your Mother, which was a solid episode in large part because Kyle MacLachlan was in it acting crazy. I guess we must have done something else, but I can't remember what, not for the life of me, so lets just skip it. Afterward we laid in bed cracking each other up, which was good. I needed that. Saturday morning was made from me freaking out about craft containers. The afternoon I spent at the gym; cardio, then down to bench press, then a load of machines, some more cardio & then home. There was a show on at the gym, Mantracker, that I feel like my in-laws would like. A woodsman mounted on a horse with a local equestrian guide chasing two contestants on foot across open country. In both of the episodes I saw, the "prey" were nebbish cityfolk, so it was a lot of fun. Then came the night! Carla & Kenneth came over, Danielle came back from Chinatown, & Jenny made ahi tuna & baby bok choy in oyster sauce. Super good, & supplemented with many sour beers. First, before I forget, while I paw through empty bottles in our recycling to take stock of our beer tasting-- on Wednesday we had a Ommegang Three Philosophers brought by

fordmadoxfraud that was pretty good, though I wish I had remembered to pen some quick notes about it. Back to last night we started with Brouwerij Boon Geuze Mariage Parfait, a geuze is a beer made with lambics of different ages, mixed for a second fermentation in the bottle. Very tasty. After that was Wachusett Blueberry, which comes from Kenneth's home town, & is very, very blueberry-y.

ranai brought a bottle of The Bruery Mischief, a hoppy & dry beer, which I liked but no one at the table was really in the mood for. Carla also bought a bottle of white wine-- VIVI Falanghina-- but what do I know about wine? Nothing! After dinner we tried to play Rock Band but I certainly wasn't feeling it. I would rather argue with Carla about whether Kris Kuksi makes her think of bas-relief or hieroglyphics or what. Which brings us up to today; I cooked breakfast for Jenny & me & Danielle. I call it an Eggy Situation. Eggs with sausage & cilantro & cheddar, home fries with potatoes & onions & garlic-- all with lots of spices. Sriracha & Bhut Jolokia chili pepper powder, mostly, but the sausage was spicy too. We ate that & watched Glee, & here we are.

Lankhmar Book Five: The Swords of Lankhmar by Fritz Leiber.

See, now we are getting somewhere in the Lankhmar books. I really liked the previous volume, Swords Against Wizardry, & Swords of Lankhmar keeps the ball rolling. Two words for you: were-rats & ghouls. The first is largely the concern of this book-- the rats of Lankhmar are in revolt, & their human-like agents are at the crux of the tail. Excuse me, I mean tale. Gray Mouser has a romance with Hisvet, the enigmatic albino Demoiselle, carried out largely by proxy with her handmaid Frix. Hisvet & the rats are grand-- really well told & with plenty of hooks to draw you in. Not least among those hooks is Gray Mouser shrinking down to rat-sized to infiltrate their under-city. I associate "you've been shrunk to a size where rats are your foes!" with

fordmadoxfraud, probably due to similar scenes in his beloved Phantasy Star. I think. Fafhrd doesn't occupy as much of the tale, but! Fafhrd gets a girlfriend! Kreeshkra is a Ghoul, & Leiber has a stroke of brilliance where his ghouls are concerned; quite simply, they have transparent skin & flesh, leaving only their bones visible, & the rainbows of their eyes-- & in the case of Kreeshkra, rouge about her breasts & lips. Deliciously creepy...& totally Fafhrd's girlfriend. The thrust of the book isn't to say it doesn't meander in oddity-- a crazy German guy riding a dragon shows up for no reason? Karl Treuherz of Hagenbecks, what the heck is your deal?