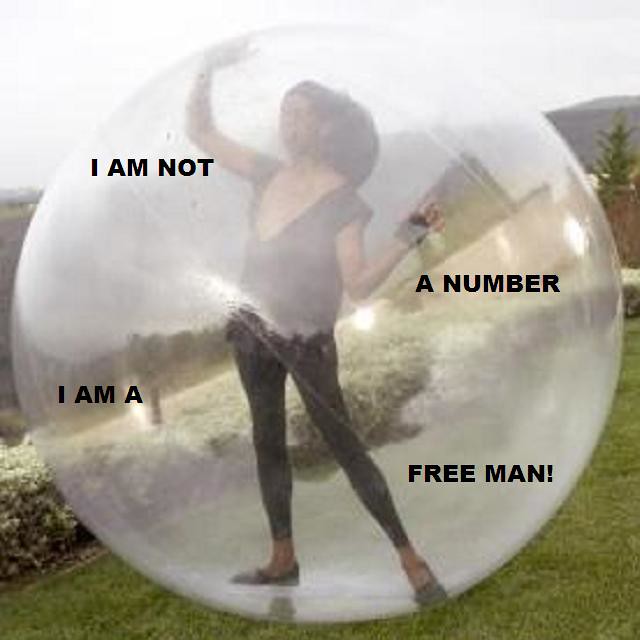 Wednesday marked the premier of a new America's Next Top Model, so we pulled out all the stops. Actually,

fatbutts pulled out all the stops, & we just reaped the benefit. The first batch of folks at the apartment were me &

ranai-- she showed up just in the nick of time, vacation wise! Then it was Jenny, & then Lilly & Archie-dog...& the first of Lilly's triumphs, jello shots. Last week we'd made some off-handed comment about jello shots, but Lilly took it to heart & made forty of them. Here is a thing I learned: when adults make jello shots, they don't use cheap grocery store plastic jug vodka, so those things have kick. James was with Lilly, but he didn't stay-- though he did reappear later.

elladorian rolled in after a bit, & then

fordmadoxfraud, then it was topped off with a heaping helping of

comeuppances. Actually, I might have gotten the order folks arrived all jumbled up. Somehow I'll just have to live with that. David brought me a box of DnD minis, & a box for him & Maggie each, so we ducked into the other room to open them all at once. I did really well for myself-- a Mindflayer Noble (it never hurts to have a bunch of squidheads), a Blood Fiend (I can find use for four-armed guys), a Rime Hound (wolves have been present in every single fantasy campaign ever, I think), a Rot Grub Swarm (all swarms are great, & terror maggots are top two, along with spider), a Shadar-Kai Warrior (pale guys with black knives I can find a use for) & an Arcane Portal (I already have one, so maybe I'll say they are linked?). Did you know that Wizards of the Coast has announced that they are discontinuing their randomized minis? It is kind of heartbreaking, since I really like the pre-painted plastic figures, & heck, I like opening random cases of miniatures. I like the feedback loop. "Huh, I've got all these choker miniatures...I guess I should use them?" I'll take my inspiration anywhere I can get it. WotC has said they will keep making the sort of "elite" bundles-- like the Beholder set-- so I hope it doesn't totally herald the end of the pre-painted minis.

Lilly's second triumph was when we made her call to order our food. Last week when Lilly called Brooklyn Bread she got into a whole flirtatious conversation with the girl taking her order...so this week we wanted to see if it would happen again, & it did & it was amazing. Like, fall down laughing. At one point we just heard Lilly shout "Its you! Its me!" The girl-- "Vanessa"-- teased Lilly about a "Riker's Island" special of stale bread & bologna & Lilly fell for it hook line & sinker. It was pretty wonderful, & when I went to pick the food up she gave us some extra sweets. I did totally forget to get Maggie juice when I went out, though, so David put his noble hat on & went out. Eventually we got it all sorted out, & settled in to watch Top Model. Which was...boring. People are talking about Tyra's "trick"-- I am pretty sure that the girls she said were in, but weren't? They were actresses. Anyhow, the current crop of girls seems to be a boring batch. There is no weirdo to root for, no Anne/Nicole/Heather/Creepy-chan. The show is falling into a rhythm of good season/boring season, I guess. Maybe I'm wrong, maybe it will pick up. James came back from playing basketball after that & we turned on Modern Family. A fun episode, though maybe a bit too close to home! Also, I'll tell you what-- I had a lot of jello shots. That is a weird drunk, jello shots. So funny. After that wrapped up, Lilly & James went home, so did Sarah, Jenny & I went to bed, & David & Maggie & Danielle went to Southpaw to see Kevin play saxophone in a rap battle? Something like that. I was asleep!

Yesterday was much calmer. Danielle stopped by the office & we went on a couple errands, to greater or lesser success. First, I needed a belt, & I found one on sale at the Gap. Boom, ten bucks. I guess I should have tried to find a better belt, like from some local craftsman or something, come to think of it, but I needed a new belt & I went with ease & convenience. Drat, I should have worked harder to support some local artisinal leatherworker & some belt-buckle jeweler. Tricked by corporate shenanigans. After that we went to The Container Store, where I failed to find what I was looking for, despite drafting two employees into my search. At some point a few years ago Jenny got me a "knick-knack" container with pods that detach, & I've found it to be the ultimate Dungeons & Dragons miniature holder. You can sort of segregate the minis by type, or you can fill one of the compartments with just about the right amount of minis for a complete encounter, & then detach just the ones you need for any given session. I couldn't find one at The Container Store, so I guess I'll have to look online; I really hope I can find one. After that we got lunch at Eataly; I had a rice ball & a panini, which were both fine, but I don't think I'd get the same panini again. Back to the office, & a little bit of ambition! Which went great, but probably nowhere as well. Story of the last year of my life. The evening was the gym; Danielle was supposed to come, but couldn't fit it in her schedule, though I did meet up with Jenny there. I had a fairly light workout; cardiovascular & free weights, & not really any machines. Maybe an hour & ten minutes? I'm not sure, I didn't note the time on the clock when I came in, so I had to figure it out backwards. Back at home I watched Grant Morrison talk about All-Star Superman on the DVD extras, & Jenny cooked. We had time for Community & Parks & Recreation before bed. Community is great; I am of course on Team Jeff & Annie, & I like the pace that the show throws out the hardcore theme episodes. Also great? Parks & Rec. A strong episode for Ron Swanson & for Andy & April. I don't care if it is saccharine sweet, I like them. Then, tumble into bed. Goodnight!

Book of the Damned Volume Two: Princes of Darkness by F. Wesley Schneider.

Book of the Damned Volume Two: Lords of Chaos by James Jacobs.

She's Nocticula.
Alexander McQueen died.
You noticed that too?

Her hair's amazing.
She visits him in heaven.
Or maybe Ysgard.

I really like tomes about evil creatures in Dungeons & Dragons mythology. Things like the Book of Vile Darkness, the Fiendish Codices, Demonomicon, & the old Faces of Evil. There is just something abotu the infernal worldbuilding that sings. Most of the pantheons of gods in roleplaying end up a little stale & very artificial, but the hellspawn all come together & click. Perhaps it is the liberal theft from real world cultures, mixed with the revisions & retelling of multiple editions of the game. Paizo's entries here are not just up to snuff, but excel-- which of course, you already expected. The Pathfinder screed is all about merging New School sensibilities with Old School sentiments-- or vice versa. The books don't slow down to give stats for the Demon Princes & Archdukes of Hell. Why bother? If you are running a campaign at thirtieth level, you probably want to stat out Baalzebub yourself. Instead, The Books of the Damned concentrate on scene & story, which is what I want from them, anyway. Oh sure, there are stats for new demons & devils, new magic items, new prestige classes & spells. If you are looking for crunch, you can find it. Where the book soars is in the inventive reimagining of classic diabolical archetypes. For the Demon Princes, it some how manages to be the S entries that really hit a homerun. Shax, based on the demon from the Ars Goetia of the same name, is the bird-headed lord of serial killers & torture porn films. Shivaska has the form of an eight-limbed Choker, Princess of clocks & orphanages. Sifkesh is dismembered jumble of body parts, eyes & mouth stitched closed, hair dripping blood. Great stuff. The Archdukes of Hell really have punch because they haven't dumbed them down. Conflicting pieces of various stories, multiple names, overlapping domains; each Duke is like an onion, all the better the deeper you dig. Baalzebub & Mephistopheles, or the White Son & the Red Son, are particularly captivating, though I think my favorite is Barbatos. It is the art that does it...I'm not sure which interior illustrator is to thank, but bravo. The bearded pirate Duke is fantastic. If I voiced any complaint about these books-- & I guess I will-- it is that there are a few sections written in a cursive font. Now, no more than two pages at a time, but that is a page & nine-tenths too many, if you ask me. An intro paragraph in a hard to read font is alright, but any more than that is too much. Still, I kind of adore these books, & will put them in a place of honor with all the other treatises on the nature of personified evil.
Collapse