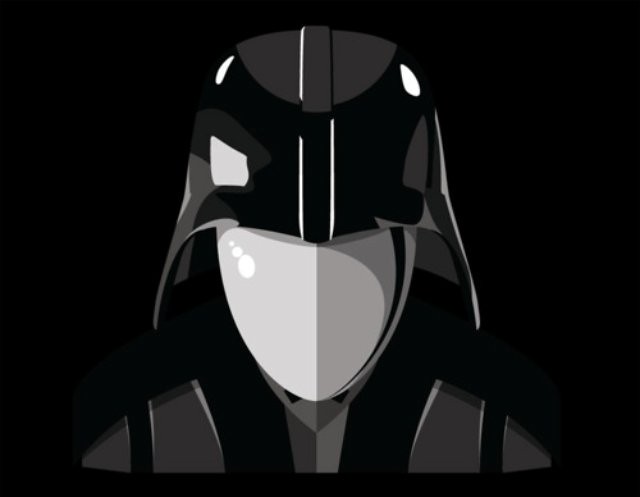 Let me see about summing up my life. I was crabby on Friday & Saturday, then got out of my gloom & ran my game on Sunday. Then Monday was helping Kira & Nino move-- or well, they didn't move, but they were removing the furniture from their old place, since that finally went through. We didn't start slinging end tables until two, so there was plenty of time for me to go to the gym ahead of time. I have been talking with Andy about my regimen & I think I want to add sets of both military presses & bench presses to my rotation, one day a week. That has been alright-- I really hate "bench press culture"-- it sounds dumb because it is dumb-- so I'll just do it opportunistically when the free weights are open. Moving wasn't too bad; we stopped for lunch at Christie's Jamaican Patties, which was a trip down memory lane. I haven't eaten a lot of Caribbean food since I stopped working at Kit Marlowe & Co. The move was mostly shuffling-- some stuff to the new place, some stuff to Robert & Judy's place-- & afterward Kira cooked up shrimp, chorizo & whipped cauliflower & some pork chops. I hung out with Olivia a bit & she didn't care at all! She doesn't like it when I talk to her, only when I talk loudly to people in the other room-- the register in my voice lowers, I guess.

Tuesday it was back to the salt mines, the grindstone. Lunch was a welcome respite from staring at spreadsheets;

comeuppances & I went to Rye House. It looks like they've adapted their menu-- rather than the soup & sandwich (or soup & salad) they've just started pairing things-- the truffle grilled cheese with a salad, the burger with fries. I do like that place-- I saw my co-worker there, as well as my friend Nicole. Hunched away at work, & the boom! Done. I got dinner after work with Aubrey; she showed me a place I've never heard of, Hill Country Chicken. A country barbecue & fried chicken is a nice ace to have in the hole; I'll be going here again. I had some kind of chicken finger & avocado wrap, on Aubrey's advice, & some fried mashed potatoes. Yeah, don't mind if I do. After dinner we were going to to go some work drinks thing, but were a little too bedraggled, so we just went home instead. "I can't figure you out!" she said, "I can't read you." Of course, I said! I have a goblin's emotions: Malice & Laughter, & I only stop killing because I'm tagging along with the princess. Look at Ludo in Labyrinth...you don't think he's a peaceful herbivore, do you? After that it was home, & me being a little petty because Jenny made me go out into the cold to get her egg foo young. We watched Castle before bed; it is nice to know that I can trust the show well enough not to have a stupid Islamic terror plot episode.

I've been running this "evolution simulation" called Box Car 2D. The "Sequence of Lines Traced by Five Hundred Individuals" video has been a popular evolutionary gizmo lately, but I'm digging the car thing; with mutation rate controls & a good listing of generations, you can totally watch it in action. My session is stalled out; I've been running the defaults for a few days now, & at about generation one hundred & fifty it hit the 1024.2 mark...& since then, it has only gained .3 more ground. There is a very steep peak that has been randomly generated; I am really curious to see if a car can evolve that will get over it. Anyhow-- just something stupid to turn on & leave running in the background. 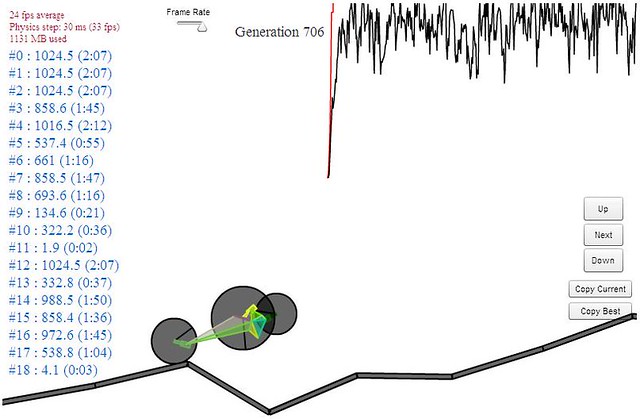