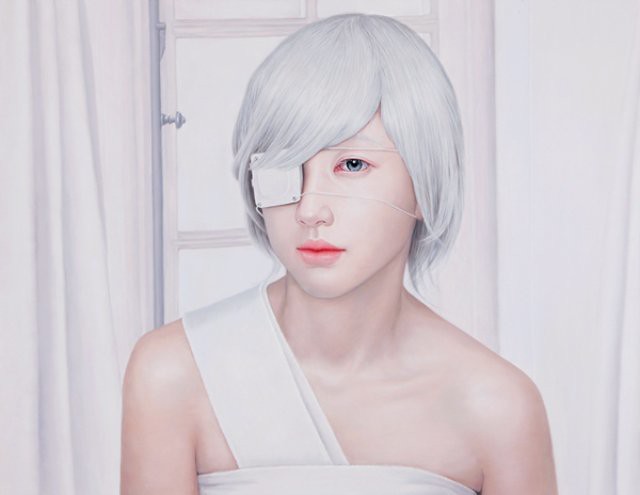 I finished up part two of the most recent session of my Oubliette campaign on Sunday. At this point Radarless has missed enough of the Aubade sessions that we're not going to mess around with adding him; there would have to be a new character introduction, & there should only be one more (at least in theory) so it just doesn't make sense. Sunday's session was just me & Sam & Tracey, though--

toughlad's new job called him in & there was no getting out of it. That is alright; since the last session ended with a bunch of "white apes" pouring out of the access tunnels & mine shafts, & his character Coyote's Lucky Day had been keeping them occupied by going on the defensive, I just had him shout "go on without me, I'll catch up!" A perfect little out for his character; very cinematic, I thought, while allowing him to return heroically later. Not too shabby! Sam & Tracey fed me mini quiches & a glass of organic artisanal vodka, & the soundtrack for the session was provided by Sunn 0))) & iamamiwhoami. 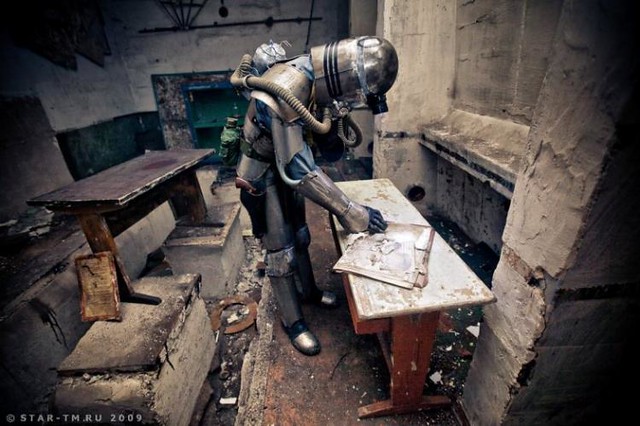 (The Gleaner in the library; "Brotherhood of Steel Cosplay" by Pilshikov Sergei.)

The last session had ended, as I mention, with am increasingly overwhelming number of creatures pouring from the ventilation ducts & sewer hatches of the tunnels that the party had descended. They had climbed down through a drill shaft-- evidently, the mine tunnels that had been bored in to the place had been dug through the infrastructure of the place. In fact, the incredibly ancient high tech ruins were what was being mined. The creatures coming from every which way where white & largely ape-like; some had flaps for gliding, some had four arms & porcupine quills, but all of them had a single horn jutting from their forehead. Faced by these threats, & with Coyote offering to cover for them, they are faced with a mysterious & huge figure-- a humanoid in armor, nine feet tall, though three feet of that height is from the exoskeleton. They run for it, it turns around a corner & as soon as they catch up the figure turns & pulls on a series of levers. They start a one-time pneumatic process-- the liquids built up over years & years-- causing four massive wedges to slide together, closing off the door...& the "apes"...& Coyote. Mounted on coat trees are gas masks & green rubber parkas-- the party put them on & off they go.

The Gleaner can't speak-- he points to his face, & then makes a slash across his throat. A Wits + Empathy check means Curie Firstlight translates that as "my speaker is dead," while Descartes Midnight is...not so sure. At this point it is clear to the players that I am hearkening back to the ghost story Curie told back in the first session, but the characters don't know that, so the players go along with it. Dramatic irony! Curie isn't sure if a man is in the suit or if it is an automaton, anyhow; Descartes (also known as Blue Glory on Dark Water) is too busy surviving to be very curious, & besides, she's worried about her mount, the feline destriar Herakles Vagabond. She asks the Gleaner about it & he points downward, so they descend another drill shaft, this one with a rickety & rusted iron ladder. The Gleaner is the last one down, & it collapses under his weight..crackaboom! The tunnels are lacuna in between pipes, bundles of wires, tubes of flickering neon light... the deeper they go, the more active they become, though the actions are clearly that of a damaged & malfunctioning system. Corrosive yellow Gas sprays from the wall, showering the slow to react Curie-- good thing Descartes Prudently took those rubber parkas.

Eventually they come to a crick in the tunnel, & a sort of ramshackle miner's quarters; cots & bunks in a rough hewn tunnel, with books scattered about. The Gleaner is flipping through a book, but when the players come in it goes to stand against the wall. (At this point, too proud of myself, I confess to Sam & Tracey that whenever I've been talking to Sam-- & thus Curie-- about The Gleaner I've said "he" but whenever I've been addressing Tracey-- Descartes-- I've said "it." I managed to stick with it totally, & had to crow my own success). Curie takes a look & sees that it is written in the old language Publix-- a language he speaks, but the book is written entirely opaquely even given that. Lets say you speak Latin. & lets say that you also have a doctorate in physics. A book written in Latin about theoretical physics would still be crazy to translate-- diagrams where you'd use formulae, descriptions where you would use numbers...tricky. Descartes calls up some of her proper training in Academics to help Curie find indices & the like, potential answer keys to the riddles. They are sure that the books are about the "lapis noster, lapis occultus, lapis philosophorum"...in other words, the Philosopher's Stone. The book calls it the perfect synthesis of matter & energy, the reversal of entropy, & says that the "cost" of the Stone is a soul...& furthermore that Curie's [black element], the cavorite that fueled the Heavier than Air ships, & similar substances are all failed or imperfect stones, or more likely stones that have been "depleted" somehow. This doesn't explain how veins of these substances are found, or how you could drain a Philosopher's Stone...

(The unicorn ghost, the Gleaner, the tank, & Noam Vespers.)

Onward & downward. The Waiting Room where Descartes & Curie were kept was on an incline, so their equilibrium is off, but Curie notices that even the tunnels are down-tilted...they must be stories & stories under the surface. Behind them, Descartes notices the yellow strip of fluorescing neon start to waver & dim...something on-rushing, & faster than they can run. The Hermit-like lamp that Curie invented, powered by anabaric current, goes dark, & they scatter & hide while the Gleaner marches forward. There are sparks & pops as the lights shatter, exploding gases & fireworks...then darkness. Unfortunately, Tracey & Sam's cats decided to start being adorable, so the scene didn't have a lot of thunder...except when I got to ask every Narrator's favorite question: "so, what Derangements do you think your character is most prone to?" It is decided that Descartes is most susceptible to Paranoia, & that Curie is most likely to manifest Obsessions. True enough, & so I tell them true things, through the prism of their madness. Descartes is being used as a pawn by her father & Duke Slumberheart, & so are Curie & Long Cleaver-- & Long Cleaver is just the kind of guy you'd have to kill your agent afterward. Curie realizes that his relationship to the [black element] & the Philosopher's Stone isn't coincidental, that his dying father & his cybernetic interest is closing in on an inevitable point in the future...Descartes sees a shadow-- two or four dimensional-- with a single unicorn horn jutting from the top of its silhouette...& then the moment passes, & the Derangements release their stranglehold.

The Gleaner is standing still, & when Curie goes to check to see if he is alright...it falls apart into a million pieces. Of course it does-- just like the ghost story. Descartes has been ogling the Gleaner, looking for weak points in the suit-- remember what I said about paranoia?-- & goes to check out the power source-- it should be a Philosopher's Stone, they surmise, but it has decayed into [black element], which Curie takes. The rest of the suit is a mess-- gears rusted together, wires corroded away, tubes rotten through. All salvageable with a huge investment, but how to lug nine hundred pounds of steel away. Sam is wise-- he worships the Trump called The Chariot, & he invokes his patron! I ask Tracey if she wants to add her dice to the pool-- they share Trump the way a pack of werewolves share Totem-- & she says yes, the Hermit would help, since The Gleaner suit seems to be the ultimate in lonely self-sufficiency. Sure enough, in the next area they find a log-jam of miner's carts, & a rail system for them. They load it up, & off they go. 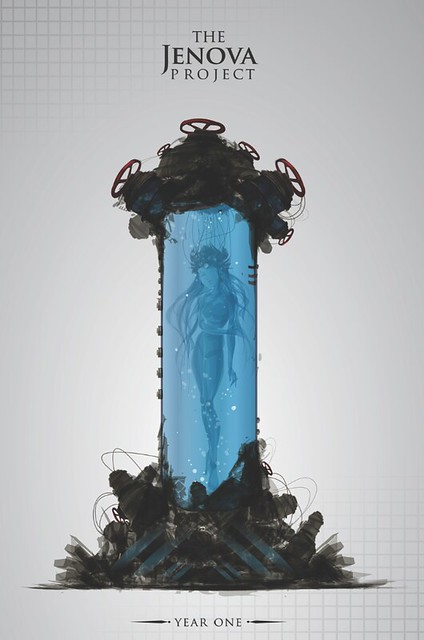 (The girl in the aquarium; "Jenova Year One" by Justin Currie.)

...into a room with a girl suspended in a blue tank of glass with piston's chugging along. The girl is clearly a Beta, which leads to Descarte thinking "that could have been me." There are wires leading into chattering thinking-machines, pumps whooshing, gizmos spinning. Curie is sure that some of the technology is recent, & that some of the technology is at least a thousand years old-- the most recent session, the girl in the tank, he estimates, has been in there for at least fifty years. The tank is clearly feeding input into the girl, while keeping her in a state of stable hibernation. Most notably, the tank was designed to be interfaced with; in fact, the data banks were interfacing with the girl in the glass tube currently. Judging by the medical feed-out, the girl is in a controlled coma-- unplugging her without "waking her up" would kill her. Curie prototypes am external interface-- it will only work since he's using his cyborg implants as a hub. Skin to metal contact is necessary, so Descartes pulls her hair up into a high ponytail & they shave the sides of her head. All good to go, they jack in! In they go! The swirl of Heuristic Memories (I explain it as "the H in HAL stands for Heuristic) is organised Synesthetically-- the active lobes White, Blue, Metal & Fur. Imagine a grid; conscious & subconscious, left & right. 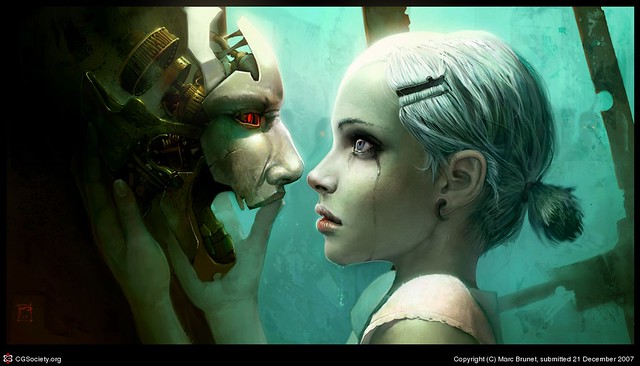 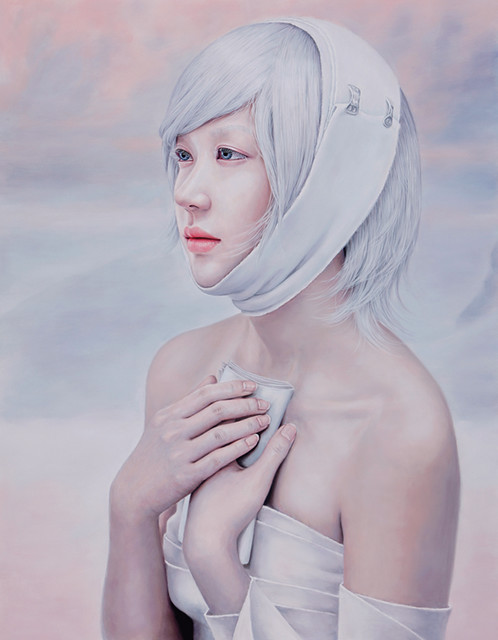 "No, I don't think she's coming back. I don't want the surgery, but I think I need it. Prepare the chirurgeons & the shamans. The Arcanum can't just stall at Jacks. They need a Queen." 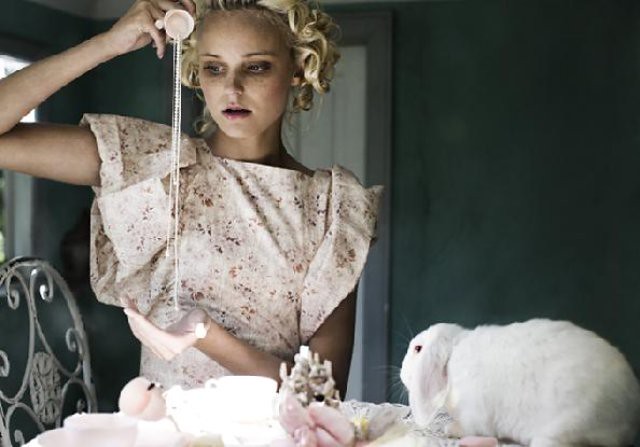 "You laid eggs? With pearls in them? Funny little creature, I think I'll call you flopsy, however cliched that is. The Juggler must be right-- you are a partial clone of the last unicorn!" 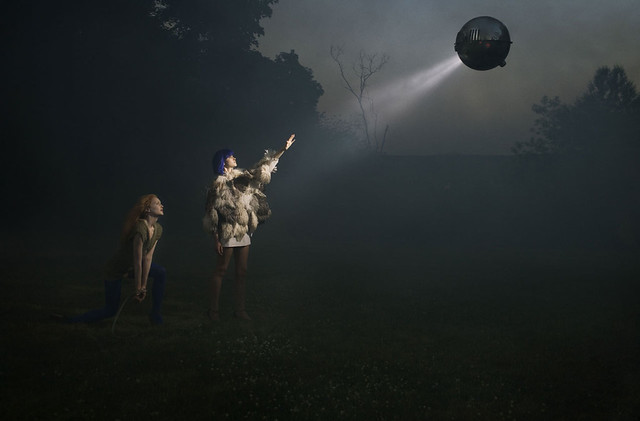 "They were destroyed in the War of Iron, mostly. It is for the best, really; they looked at panhumans as domestics, as cattle. There are some still, however, in a place called Death." 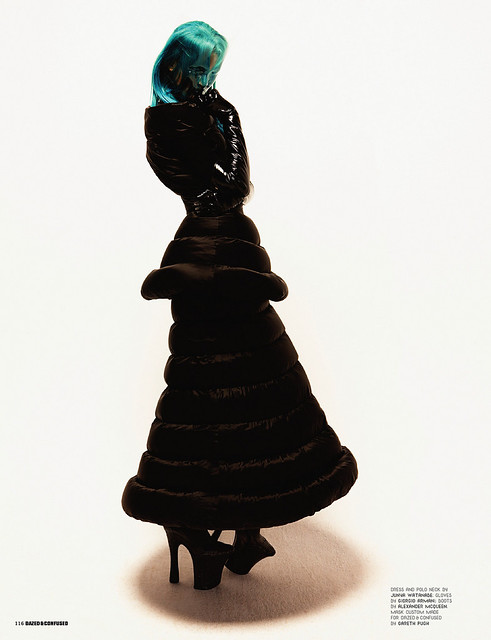 Blue Glory-- for in her head, she thinks of herself as Blue Glory on Dark Water, not as Descartes Midnight-- & Curie intrude gently on these memories, easing into conversation. They recognize various elements-- the white rabbit that is said to be replicated from the "last unicorn" has traits in common with the white apes, the metal sphere that Noam & the Pearl Queen see is very reminiscent of the murder ball the Man in Black threw at them, the scars the girl has are those of elective cybernetic surgery & of course, there is more dramatic irony. The girl in the tank is clearly the girl from Glasiya's memories, her sister...but since that is a whole different set of characters, no one realizes the mirroring going on. Eventually, they convince the girl that the world is an illusion-- it isn't hard, as she isn't stupid or foolish-- & they unplug her...which is where we call the session to a close.
Collapse