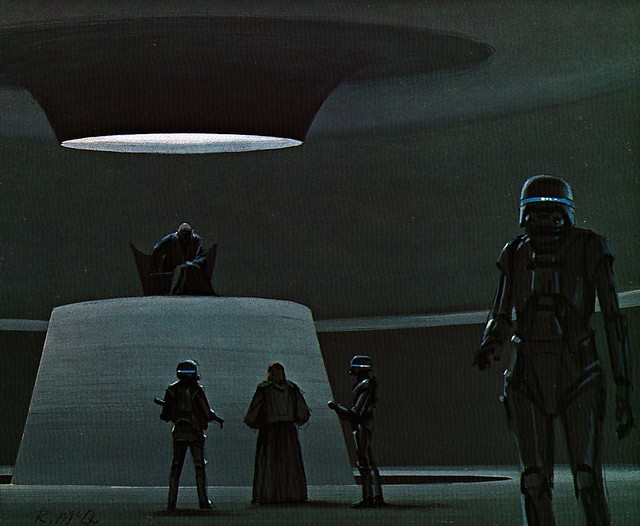 The Guild: Corporations. Board rooms & post-humans. The Guild are the quintessential business conglomerate, dominating technological fields from pharmaceuticals to fossil fuels. Pushing the envelope is their charter; they are at the forefront of biological research into cloning & necromancy, enhancement drugs & fetishes, mechanized body parts, weaponized demonology. Whether it takes the form of clockwork limbs grafted to their flesh, or strange oaths sworn to alien gods from the other side of the stars, or bodies filled with new organs harvested from ancient races slumbering in the depths of the Urth—- The Guild will turn a profit. The Guild is fabulously wealthy & acts as an umbrella corporation to countless mercantile groups & trade unions. They hold the Watchtower Synapse. Wayland-Yutani from the Alien franchise, Blade Runner's Tyrell Corporation, & Shadowrun's Aztechnology are all good inspirations for The Guild.

The Lodge: Conspiracies. Cults & secret societies. The Lodge are the witch's esbat, the coven of masons, the military cabal. They are the ultimate initiatory group, the kernel at the heart of every confidential cabal & shamanic circle. Theirs are the left-hand path & the right-hand, black & white magic. They are the shapeshifters, the psychics, the hidden college of druids. What others dismiss as flaws, The Lodge recognizes as the path to Knowledge. Innocence must be shed, & The Lodge are those that whisper to the darkness, choosing the road of temptation to seek ultimate gnosis. They pierce the veils of the world, promising access to the invisible realms of kachina, spirits, & the soul. Theirs is the Watchtower Leviathan. The Serafina Pekkala & the other witches from His Dark Materials, the Black Lodge of Twin Peaks & Borges' "The Lottery in Babylon" are all excellent examples of The Lodge at work.

The Mandate: Aristocracy. Monarchs & gentry. The Mandate state that every society has an elite-- whether is comes from inherited titles of nobility, dynastic representatives in a republic, old money plutocrats passing wealth from one generation to the next, or any other source. The Mandate holds that these at the top of the social pyramid have a duty to epitomize the best of their culture's traits-- & to teach them to the next generation. They knowingly choose the Noble Lie, & bear the burden of government. The Mandate are the shahs, shoguns, & knights; the viziers, brahmins, & kahunas. Whether they are the king, or the noble, or the adviser, the Mandate uphold the notions of order & fealty. The Watchtower Colostrum is theirs. Roland Deschain from The Dark Tower, Miyamoto Usagi from Usagi Yojimbo & The Silmarillion's Fingolfin are all characters who follow The Mandate.

Mother Church: Priests. Saints & sorcerers. What are prayers but spells? What are the icons of a god but supernatural talismans? Religion is the culturally accepted practice of superstition, the mystification of acceptable behavior & incorporation of magic into an appropriate institution & Mother Church recognizes that. The Church is an institution of moral teaching, of interpreting symbols & giving meaning-- & Mother Church is the temple where faiths are reconciled in hymns & dweomers, sacrifice & ritual. They are the magi, the hashashin; the hierophants & anchorites-- the holy magicians who shepherd panhumanity from birth to death & beyond. The seat of Mother Church is the Watchtower Harlequin. The Bene Gesserit of Dune, Patera Silk from The Book of the Long Sun & Shepherd Book from Firefly would all be welcome in the bosom of Mother Church.

The Shining Horde: Reincarnation. Demigods & heroes. The Shining Horde is seemingly knit of paradoxes & contradictions-- they claim both the living idol reincarnated cycle after cycle to its golden throne & the farm boy who rises up to overthrow an empire or fly amongst the towers of the city. The Shining Horde sees a grand Celestial Hierarchy, in which each & every one, oni or angel, fit. They embrace both change & tradition; the former, as it it kept, sinks to the core, to become the latter. Some of their gods seem immortal, eternal; others live & die & are seen no more. Some are built; clockwork eidolon with souls made of prayer wheels & mandalas, spices & faith. The Watchtower Omphalos is the center of their world. Aang from Avatar: The Last Airbender, Jack Kirby's Eternals & the many gods of M.A.R. Barker's Tékumel are all members of The Shining Horde.

The Unity: Utopia. Thinkers & revolutionaries. They espouse the philosophy that a perfect world is possible. All you need is a flawless set of ethics & a peerless military force. The Unity teaches Correct Thought-- not to limit what you can think, but to free your mind of the prison it has been placed in. The Unity teach that peace is won by the sword, but that the many is stronger than the one. They abandon family & embrace strangers. Freedom is exchanged for responsibility. They are secular zealots, rational idealists. They are every dystopia turned on its head. The Unity is not above cheating-- if alchemy will allow a society to become post-scarcity & free from economic toil, so much the better; so to does alchemy symbolize a greater transformation, of both the individual & the group. Riding forth from the Watchtower Gothic, they may well be unstoppable. Iain M. Bank's Culture novels, the maths in Neal Stephenson's Anathem & the sisters of China Miéville's Iron Council are all members of The Unity, whether they know it or not.
Collapse