fatbutts, who brought two dogs with her: the usual Archie, & the dog she was sitting, Frankenstein. They are a rambunctious duo! They "play" in a way that seems like fighting-- of course it isn't, but that is hard to internalize when you are a tribe of apes who lack aggressive teeth & that type sliding skin. Though I guess "aggressive teeth" is a good way of describing me, come to think of it. Lilly was followed quickly by

elladorian who was surprised to find two dogs. I ducked out to stop by Corner Burger & the grocery store-- I had to pick up dinner as well as supplies for Lilly to make cocktails. At the store I ran into

fordmadoxfraud & then-- bam. Hey, hey, the gang is all here. Lilly made madrases (hard for me not to say "madrassas") & we got to watching Jekyll, since we'd never finished it. It is such a mix of a good show & a bad show, all at once-- which is exactly what I think of, when I think of the BBC. After that, it was time for more beer tastings from the Lupercalia batch. First up was the Cantillon Gueuze, which was cousin to the Cantillon Iris that Jenny & me & Kira took on our upstate vacation last year. It was...really good. I liked it better than the Iris; maybe the madrases put me in the mood for sour beers, or something, but I was digging it. Then we had some Bias Vlaamse Bourgogne, which was crazy! It was both sour & malted, all at once. It was a big hit, & I liked it a lot as well. After that we watched Modern Family, with special guest Matt Dillon, who looked like a disaster. Seriously, I have an incredibly fondness for Beautiful Girls, but he's really fallen apart. Still, it was a fun episode; that show continues to be on top of its game. By that point, we'd come to the end of our rope, & the end of the evening, so we bundled a drunk Lilly off with her pups, a drunk David & Maggie off together, & tucked ourselves into bed. Today all I have done, besides work, is talk about minimum viable population numbers with Aardvark, Facebook, Nick, & newfriend Cassie. 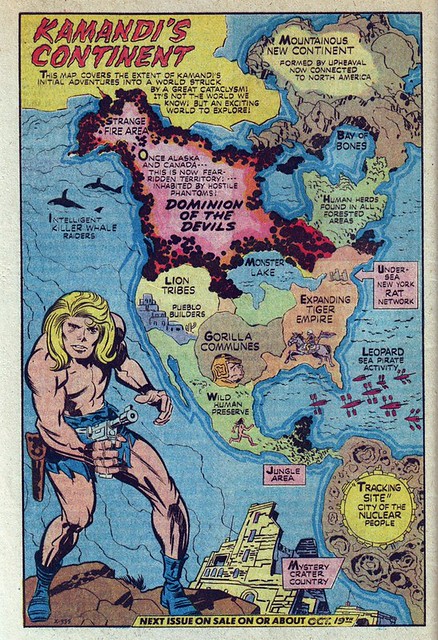 Oubliette is unshackled from history. It is post-historic, that is to say, unmoored in time. Not as dramatically as you might be thinking-- the campaign isn't necessarily about time travel, but, well. That is the point of The Watchtowers & the whole reason the Metacultures exist. Each Watchtower is, at a basic level, a space elevator, reaching up thousands & thousands of kilometers into the black of the Ginnungagap, into the nothing of the Abyss. Ships & other things dock at the Watchtowers, departing or arriving, & then head away at relativistic speeds. This means people (& other things) are coming & going, & displaced by temporal dilation. See how the fabric of societies might begin to unravel? You come home to find that everything you knew & loved is gone, or changed. That isn't even touching on the more arcane effects of The Watchtowers, & what other worlds & dimensions that might link to Urth. On top of that, of course, is the fact that the universe is at the end of its life. The sun in the sky no star, but rather the Big Crunch, the golden ember of most of everything. Urth is circling the drain, & there are billions, if not trillions, of years that have passed. Heavy elements populate the remaining stars & planets, & strange creatures swim in the darkness. That is a lot of time for things to accrete, for layers of occupation to form & be forgotten, for robots to fossilize & splendid new species to evolve. & of course, the occasional armageddon every couple of millennia-- your AI uprisings, religious apocalypses, zombie plagues, Lovecraftian awakening, what have you. These forces all contribute to make sure no homogeneous society is possible-- which is where The Metacultures come in.

The Metacultures are "big ideas," things that should theoretically allow fragmented groups to pull together with a sense of identity. If an Orange Catholic spaceship went out for a ten year mission & came back to Urth a thousand years later to find that the Mahdi's Jihadists had grown into the establishment, is is the Metaculture Mother Church that both groups find solace & reconciliation in. If the Knights of the Round Table traveled through the stars & returned to find the samurai of the Emerald Empire holding sway, it is the Metaculture known as The Mandate that would negotiate their tithe & titles. & so on & so forth. Which isn't to say that cultures don't exist-- they do, & are profligate. They are thick on the ground, but scattered-- something like Dungeons & Dragons "points of light" motif. There are dangers in Oubliette that keep the world on the edge of darkness, so cultures develop in a froth, bubbles in a sea of foam. Because of that, I've been trying to codify these societies or at least, develop heuristics for describing them. Something more than bands, tribes, & states-- or at least, something more focused on the flavor of Oubliette. In that vein, I have come up with at least one level for discussing social groups & thus character backgrounds.

Savage. These societies are marked by the raw conflict with the Uncanny. A Savage society is often, but not necessarily, technologically primitive. Their interactions with the Unnatural are marked by intensity-- Savage panhumans are likely to clash with the Uncanny in violent altercations, or to serve them directly as worshipers & pawns. An example of a Savage culture in popular fiction are Conan's people the Cimmerians, created by Robert E. Howard; the Green Martians of Edgar Rice Burrough's Barsoomian novels are Savage, as well.

Civilized. A Civilized society is characterized by developing cultural institutions to deal with the Uncanny indirectly. They keep the Unnatural at bay through a range of complicated social institutions-- churches, businesses, conspiracies & the like. Civilized cultures can run the gamut of technological sophistication, but typically are of a middle age-- not brand new but not ancient. Fafhrd & Grey Mouser's Lankhmar, created by Fritz Leiber, is a Civilized society. China Miéville's New Crobuzon is a Civilized society on the verge of falling into Decadence.

Decadent. Decadent cultures have progressed to the edge of panhumanity's ability to adapt to the Uncanny-- or in some cases, beyond. Whether it is a culture where demonology has become commonplace, or where strange machines have come to dominate day to day life, a Decadent societies are defined by the Unnatural becoming commonplace. Amazing feats are de rigueur, as are the tragic appetites of the Uncanny...& the population. Michael Moorcock's Elric comes from the Decadant culture Melniboné, & Hawkmoon fights the Decadant empire of Granbretan.
Collapse