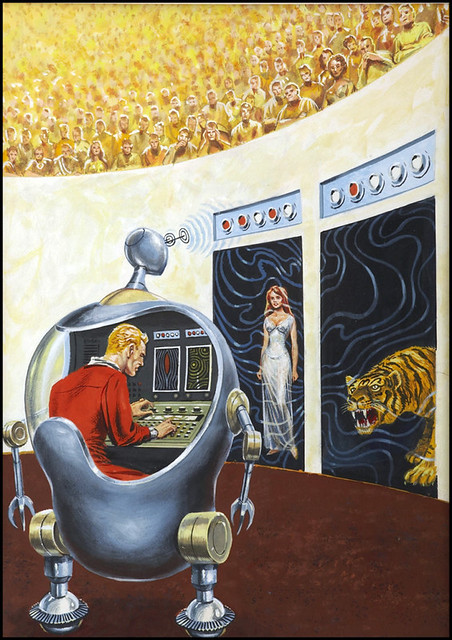 I have been dreaming about the mountain lately, but I've dreamt of the mansion last night's dream was set in before, I just know it. A huge, ancient place, empty. Decrepit, occupied sporadically by people who don't deserve it. I'm on the cusp of remembering the last dream, but it just won't come. In last night's phantasmagory, it was largely a struggle of supernatural possession. There were two ghosts in the mansion-- Walter, who had a cane, & Victor, who didn't. Both had been old men, wrapped up in some melodrama with each other. Maybe they had been in love with the same woman, or maybe it was more. Maybe it was worse. Lots of: "Don't you know who I am? Don't you know what I am?" bluster from yours truly, but it worked. I think the people living there were old-- someone holding down a vast rent controlled space, but more or less confined to a single room of the place. So there was a suite around that single room that held the smell of the aged-- creams & medicines-- while the rest of the place was a riot of rotting leather upholstery, the dark wood of fine furniture, musty curtains, all effectively abandoned to the ghosts. Victor was on the first floor, to the left of the living old lady's room, & Walter was on the second, to the right. The power had been shut off to the mansion; the old woman had a generator, but to turn on the lights in the rest of the house someone had to peddle on a bicycle, Ed Begley Jr. style. & I think

handstil was there; at least for part of it? I remember she was leaving, & Elias wasn't coming, & I went upstairs, & Hils said "he'll come when he's ready, don't go get him, he knows I'm waiting," & I was like "oh, I wasn't going to get him." & I wasn't. The bulk of the dream was made up of "feat tests." You know, the overwhelming dread would come down, & I would not let it paralyze me, that kind of thing. The internal confrontation with terror, you know what I mean? The sort of spookiness that comes down on you when you are an eleven year old kid camping in the woods all by yourself. Except, it wasn't irrational in the dream-- Walter & Victor weren't fake, they were in evidence, poltergeisting around. There was a shelf of books on a variety of crafts-- knitting, carpentry, husbandry-- & if you pulled out the book on masonry, a secret safe would open. In the safe were two empty pouches, a feather fascinator, & a straight razor.

The Magnetic North: Notes from the Arctic Circle by Sara Wheeler.

Bears in black armor,
clash below the flying witch.
Above, the balloon.

I really like books about ice. I tend to think that is synonymous with Antarctica, but that isn't true in practice-- I like Arctic tales as well. Sara Wheeler, from the sound of it, has been bitten by the same bug. I haven't read Terra Incognita or her biography of Cherry-Garrard, but now I want to, & I think that is a testament both to her writing & to The Ice. Wheeler even dips into the tale of Greenland's Vikings-- a touchy subject with me, since I have some somewhat well formed opinions of my own (14, 168). See, the very last academic paper I ever wrote was on the culture conflict between the Inuit & the Norse settlers on Greenland-- I called them Skraelings & Dog-Faced people. Then a year later, Jared Diamond came out with Collapse, with a big chunk of it devoted to the Greenland failure...& citing the same sources as me! Well, to be fair it was because his primary source was the professor of the class I was in, but still. I feel territorial. Wheeler makes up for it by having a chapter about Svarlbard, which I knew nothing about except that the panserbjørn lived there in His Dark Materials

Part of what makes Magnetic North so compelling are the liberally sprinkled quotes from historical sources. They really anchor the book-- narrative non-fiction can become overly personal, but the appeal to other figures-- explorers, scientists, natives & the like-- anchor it in a sort of timeless expanse that suits the subject. She has Apsley Cherry-Garrard saying "Exploration is the physical expression of the intellectual passion" (155). Good old Cherry-- now would be a bad time to confess that I've never actually read The Worst Journey in the World, huh? Later she quotes him saying "Polar exploration is at once the cleanest & most isolated wayof having a bad time which has been devised" (245). That really sums up the horror & the appeal, all at once. Makes sense that twenty-something Mordicai was obsessed with the idea of Antarctica. Gino Watkins, in a news paper column about Greenland's position between the New World & the Old refers to "the iniquity of Mercator", a bugbear I've railed against myself (158).

She has some good quotes herself-- she calls the growth of the Arctic poppy, & by extension all Arctic life "biological haiku," for instance (13). I quite liked that. She says of the Russian pogroms against Chukchi & other Arctic natives that "dead shamans were not to be reborn" (44). Cold blooded; that hit a nerve. & Lamaseries! I didn't know that was the plural of a monastery of lamas (52). I thought of Chikako when I found out that cheechako is the Alaskan slang for tenderfoot. Maybe my favorite from a historical figure is when the editor for the Chicago Record-Herald telegraphed Walter Wellman "BUILD AN AIRSHIP AND WITH IT GO FIND THE NORTH POLE" one of the all time great crazy orders from a random stranger (190). Or when, after being stranded, living off walrus & bear meat, & sharing a sleeping bag for a whole winter, Fridtjof Nansen said to Hjalmar Johansen "Why don't we start addressing one another in the familiar du form now?" Hilarious (243). & get a load of Nansen; that dude is basically a cross between a Sting as Feyd-Rautha & Val Kilmer as Doc Holliday. 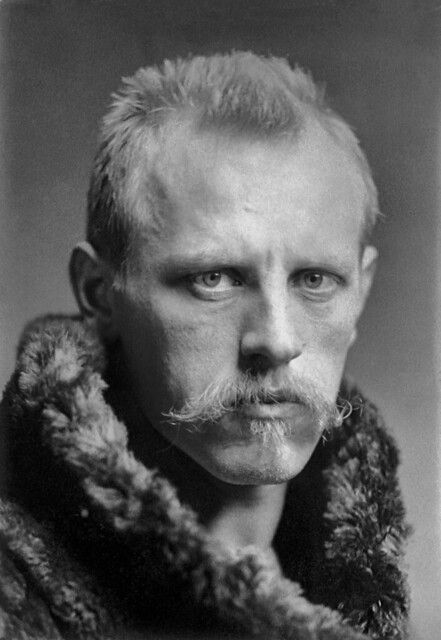 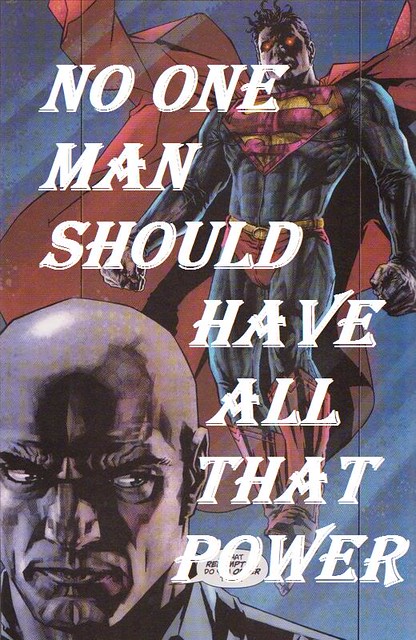 My foray into the world of Kanye Plus Comics. Sure, it has been done before, but I can't help thinking of Lex Luthor whenever I hear that line. Or whenever I hear something like that line, since Jenny has taken to dancing around the apartment singing "no one man should have all that flour!" which is funny, but maybe not as funny as "no one man should have all that Pokemon. I kind of hate Kanye, but every time I think I do I watch him on Saturday Night Live & I think maybe he is a genius. Anyhow, my attempt is just sloppy MSPaint, but I think that is how my favorite one was made. I might be sentimental, though. Flying into the heart of the sun to build a machine no mortal can conceive of but that will save the day? Yep. This looks like a job for...Superman.
Collapse