(from iamamiwhoami's video for "t".)

I mentioned Television Night, but I didn't really talk about it. Come to think of it...just what went down? Well, I grabbed some ribs & enchiladas for Jenny & my supper, & while I was out I got the sad news that

fatbutts would be taking a knee. She was feeling under the weather, & in order to minimize all our chances of being sick, it was decided that she should stay home. So no Lilly, no Archie. On the flip side,

elladorian was on time! Seven on the nose. She has some containers of melted styrofoam, too. Then trickled in

comeuppances, who then turned around & went back out to pick up some liquor. Last but not least was

fordmadoxfraud. We didn't have any new television to watch, but people felt like turning on the boob tube, so David came up with the suggestion of watching Celebrity Mole.

onatopofthings got us the DVDs of the first season long ago, & I'm always looking for an excuse to watch it. I think maybe the second season is better-- Dennis Rodman is like, a certifiable genius-- but that isn't out yet. Any way you slice it, Celebrity Mole is from the heyday of reality television, along with shows like Beauty & the Geek, Average Joe, & The Joe Schmo Show. Alas, such days have passed. Oh man, or remember Space Cadets? Anyhow, that was Wednesday, in a nutshell.

Not that I can't just tack Thursday on just as easily. I got home & then it was off to the gym. Continuing what I've been doing-- basically the same hour & fifteen minute work-out, but with a bunch of extra, lighter reps-- like, after I did three (or four?) sets of 12 curls with the seventy pound bar, I switched to the forty pound bar & did a whole mess of bicep & tricep curls. Same thing with some other exercises, too-- three sets of 12 oblique twists at one hundred & ninety (actually, one set was at one twenty since I forgot to dial the extra ten pounds off), then bring it down to one hundred & thirty to do a mess of reps. Then I picked up hamburgers & fried pickles & came home to see Jenny. We watched the DnD episode of Community. I had high hopes for it, & they didn't let me down. The reason I like Community is really visible here-- rather than be bogged down by the concept episode, or dress them up in LARP gear, or make Dungeons & Dragons the butt of the joke, they use it as a vehicle to tell a humorous story. It sounds simple, but so many other shows muck it up. Someone I know complained that the episodes all have "morals," but I think that is basically the premise of the show. They've largely abandoned the premise of "being at a community college" but I think the Degrassi moral is a hold over for that, & has largely become the kernel of the show, the thread that ties them together. Anyhow, that was great; Alison Brie's erotic roleplaying was probably the high light. After that, we watched Cougar Town, which led to Jenny saying "I'm glad Ellie is the hero of this show." Deadpan. She wasn't even slightly kidding, but then she realized that she sounded...a little crazy. Ellie is not the hero, but she is the Jenny. I'm the Jules; her obsession with making people cry is familiar ground. 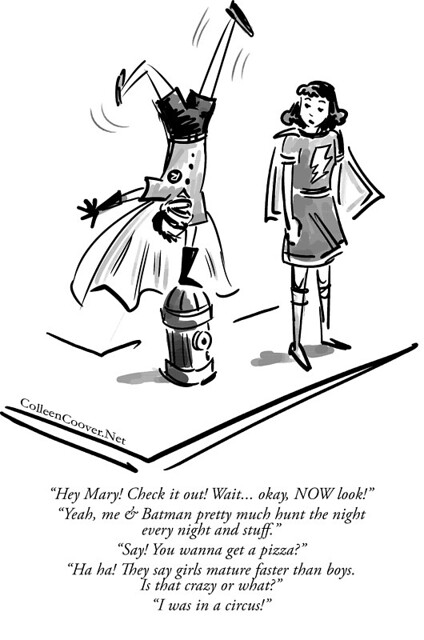 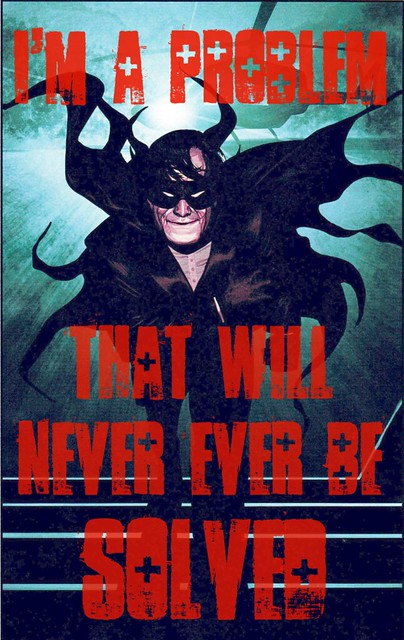 ...whew. There. I feel better. That set things right. A little anti-life hit the spot. 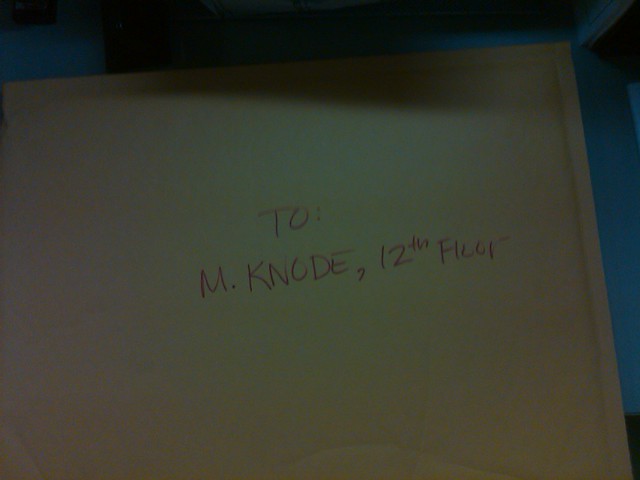 Just one mystery envelope today. The mail guy, Nandhram, confirmed that once again, this was from 15. 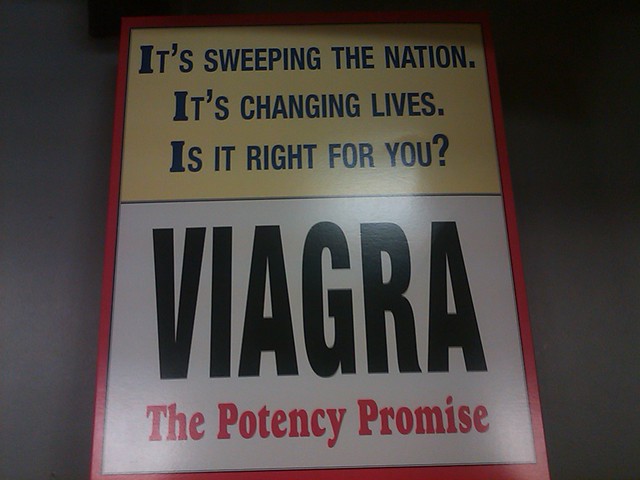 My Secret Admirer is getting naughty! Or belligerant. A display for a book about Viagra, it reads "It's sweeping the naation. It's changing lives. Is it right for you? Viagra: The Potency Promise." & it is produced by SMP, making the 15th floor all the more likely. Printed in the USA, inside there is the number "425", but it appears to be old ink-- probably written prior to the prank's inception. Also, later in the day, Erin came down to give me some chocolate bars-- if she was the mastermind, wouldn't she have just mailed them? I'm not going to get caught up in reverse psychology ("If she knew that I'd think she would have mailed them, then maybe she'd've done it to lead me off the scent?") because that way lies madness.

(Thanks to Kelly for the evidence photography.)
Collapse