Freedom in Europe?
It can't be overstated--
the seed? The Black Death.

The first thing that struck me about this book is what a handsome package it is. The cover illustration is from an Ancient Order of Foresters sash from 1892, just after they began admitting female members, & it is very arresting; couple that with the quality of production & this volume is wonderful just from an artifact standpoint. The second thing that crossed my mind, as I greedily rubbed my hands together, was: "There is a book about feminism & secret societies? Awesome." I had just finished bemoaning the ethical problems with the Boy Scouts, & so a book addressing that topic, writ large? Was just what the doctor ordered. I think my third thought was something along the lines of "Wait, I am reading this book for pleasure. I am a huge nerd." & I was well pleased with what I found inside. The book is a collection of articles on the subject, twelve all told, covering seven hundred years of European history. The topics are fairly specific-- as an academic work, the authors assume a certain level of familiarity, which is nice. I have at least a loose background in the subject-- enough to start with the term "fictive kin" on my lips & to nod along when I saw it nestled amidst a discussion of how trade guild, fraternity & friendly society (& religious, for that matter) terms like "Brother" & "Father" are clear markers of synthetic kinship (4-6, 15).

Personally, my favorite articles were the ones that delved into specifics-- particularly Meg Twycross' "The Archduchess & the Parrot" & Pamela M. King's "Civic Space & Gender Roles in Lerwick's Up Helly Aa." Twycross' chapter deals with Infanta Isabella Clara Eugenia of Spain, & the time she shot a parrot. It sounds innocent enough, but imagine a beloved celebrity-- though she's of course more than a celebrity, she's an Archduchess, in a time when that still matters-- winning the gold medal at the Olympics. Is it any wonder that people freaked out for decades, with Epiphany celebrations & parades (72)? The anecdote, of course, is used as an entre into a discussion of patronage & female involvement-- & the juxtaposition of age & power that can allow a woman to function as a "third sex" possessing the "masculine glory" (80). King's chapter deals with a still extant tradition in the Shetland Islands-- a "Lord of Misrule" type celebration called Up Helly Aa. She discusses the procession's route as a delineation of space & ethnicity, as the parade sneaks through the boundaries of the old town while avoiding areas that were Jewish or Moorish in the Middle Ages (249). While the men go back & forth, the women are stationary at ha's, islands of hospitality, & King discusses this domestic versus mobile role parity (245, 247, 249-250). She invokes the idea of Simone de Beauvoir's dichotomy between women's "Nature" to men's "Culture," while acknowledging that it is only a tool for critique (255).

In a lot of ways, this text reminded me of Nancy Jay's Throughout Your Generation Forever, which is an investigation into gender norms in religion-- & really, there aren't a lot of differences between priesthoods that exclude women on the basis of pollution & secular fraternities that exclude women on the basis of untrustworthiness. In fact, as Andrew Prescott points out, the genesis of many guilds in the Middle Ages came from laity, but was certainly not secular-- rather, they developed out of trade organizations centered around a saint, & largely provided for their members funerary needs & "mutual self-help" (8, 35-36, 173-174). Of course, that brought to mind the Crafter Faiths in

kingtycoon's Klial books, & the Guild of Saint Katherine in Gene Wolfe's Book of the New Sun, also known as the Guild of the Seekers of Truth & Penitence, or the Torturer's Guild. While the theme of economic benefits is continued-- Daniel Weinbren's discussion of friendly societies sounds identical to a discussion of 401k & health insurance, that isn't the tone of the whole book (206). James Smith Allen calls the Freemasons on their own rhetoric, & goes into the strong social roots of these fraternities, & the reasons for their attempts to self segregate, & Andreas Önnerfors invokes the phrase Homo socialis (184, 158). There is plenty of back-handed praise from fraternities ("Hey, we love women, how gentle & domestic they are, that is the best!") & published editorial letters on the subject that, if you saw them today, you could only call them a "flame war" (138, 163). Gender discrimination hasn't come all that far! 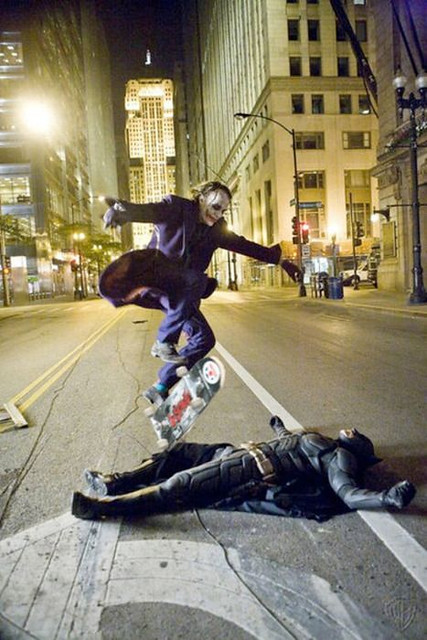 Last night I came home & was more or less done. I didn't want to get up to any shenanigans. I'd blown off the gym all week-- well, I went once-- but I went ahead & blew it off again. So much for my three times a week streak. Instead, Jenny came home, also miserable, & we ordered Chinese food & watched Fringe. I continue to enjoy it, & it continues to be very much a spiritual successor to The X-Files. The Observer was finally introduced-- I knew about him, & I'd seen him in recent clips shooting Pacey, so I was pleased to see that happen in the episode with him. I guess that isn't a spoiler, phew. Other than a few bits of trivia about Spock, I'm spoiler free. I like Anna Torv, I find her really compelling. I also appreciate that they dress her appropriately. Huh! She married Mark Valley, the guy from Human Target, but that only lasted a year. Joshua Jackson is a good Scully, & Denethor is really good at being a mad scientist. Well, Joshua Jackson isn't really the Scully-- part of the pleasure of the show is that there is no pretending these weird events aren't happening. Enjoyable all around. John Nobel's turn as the evil genius is supposed to get really great, so I'm looking forward to that. That trend? Of not doing anything, but sort of hanging out? Is how I spent today, too. I woke up, finished my book, & then didn't do much else.

I watched Young Justice, which was great. I thought that the last episode was kind of a placeholder, but this one did something I wouldn't have believed possible: made Kobra seem like a legitimate threat. Actually...kind of a bad-ass. &...Sportsmaster, too? Well, less so in Sportsmaster's case, but still! Credible! & you know what else? Eventually one of the episodes is going to feature Klarion the Witch Boy! I do like me some Klarion. After that, I played a bunch of GoldenEye online; I'm not great, but I'm not embarrassing. Oh, & I watched an episode of Shelly Duvall's Faerie Tale Theater, since someone at Jezebel told me that Christopher Reeve was in it, picking pearls off Bernadette Peters's bodice. Yep, that happens! Christopher Reeve in anything where he gets to play two roles-- & one of them heroic-- is going to be good. So yeah, that was cute, though of course the "bad" princess is sexually forward & the "bad" prince is effeminate-- we can't have that! Then I did round up my powers & head to the gym. I watched an episode of Iron Chef while I was there-- "Battle Gruyère." Jenny met me there after I'd already done about an hour & ten minutes-- since she wanted to do a half hour I ended up staying for a good hour & forty minutes. Not too shabby at getting back on the horse. Then hot wings, home, & Castle. It was a "serious" episode, which is usually not as good as a "fun" episode, but I liked it. We topped it off with Tosh.0, which was whatever. An internet clipshow.
Collapse