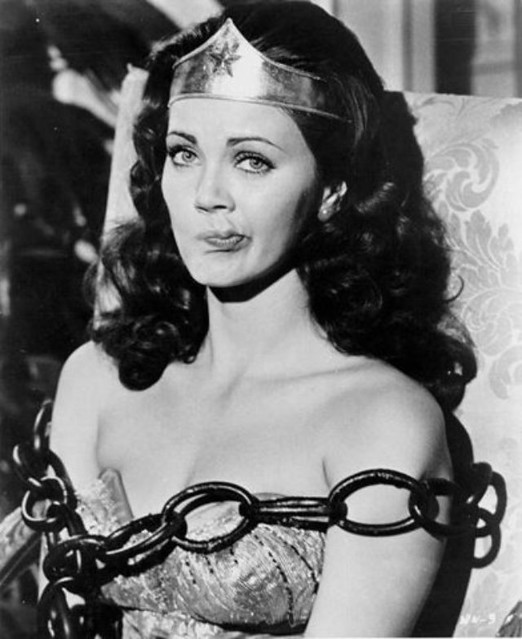 Recently Charlie Jane Anders posted a rant about Wonder Woman that included something I've head before, but always dismissed-- that Wonder Woman's attachment to Greek Myth was her "character baggage," & something that writers should not just avoid, but ignore. That is, to me, cuckoo bananas. That is like saying Batman needs to come out from under the umbrella of Noir. Just crazy. For one thing, part of the strength of comic book characters is that they are creations of myth-- by which I don't mean "Greek Mythology" but rather the raw stuff. Myth as a culture's shared stories, retold & reimagined over & over. Superman is our Gilgamesh, our Krishna, our Hercules. Batman is our Enikidu, our Arjuna, our Odysseus. There are an infinite number of Batmans (Batmen?) to tell stories about. There is the Batman that is working at the gritty street level, punching thugs who could theoretically kill him with a lucky shot. The Batman that is an urban legend, that appears to fight the craziest serial killers of all time. Then there is the Batman that is in the Justice League. The Batman that has a spaceship, & can fight ten superpowered White Martians. We don't have any trouble reconciling these guys...because that is how mythology works. I'm thinking about this a lot now, since there is a decent chance that this new Wonder Woman television show will actually come to pass. To me, the idea that we might need to only have a single vision for Wonder Woman is strange. Why would we? That defeats the strength of the genre!

I've talked about Wonder Woman before-- at some length. Kind of the corner stone of my conception of Wonder Woman is what I call "Rock, Paper, Scissors." Batman beat Superman, we know, but I think Wonder Woman beats Batman, & Superman beats Wonder Woman. Checks & balances! Another thing that I think should be part of Wonder Woman's character is that she has the willingness to kill. Not easily, not often, not out of vengeance & not without consequence...but when someone needs to snap Max Lord's neck, she's your huckleberry. If I was going to give Wonder Woman a third trait to complete the tripod, it would explicitly be interactions with deities & the supernatural. I want Darkseid to be a Wonder Woman villain. When someone needs to sit John Constantine down & explain that he's losing control, it should be Wonder Woman...& he should call her ma'am. She should know Dream of the Endless by name. Heck, give her paranormal urban adventures-- the horrors of the world always creeping into the mortal world, only kept in check by Wonder Woman. A hydra in Star City's sewers. Fenris wolf has slipped his chains. Coyote & Raven are planning their greatest prank yet. Whatever. There are stories there to tell-- Fables is proof of that. Incredible Hercules is proof of that. In fact, I think the problem with Wonder Woman is that people only think of the "Justice League of America" Wonder Woman, who should by all rights only be a facet of the character. Just like Superman is fighting science fiction villains in his spare time, & Batman is fighting the worst of humanity when he's not with the league, Wonder Woman should be struggling with cosmological forces.

I also might give her some sexuality. Wonder Woman ought to be busting the Madonna-Whore Complex. Anyway, my other new idea? The JLA. The Justice League of Assassins. I picture the conversation going something like this:

Robin: "This is bad. Really bad."
Batman: "We need to call the League."
Robin: "Do you think Superman has the grit to do what needs to be done?"
Batman: "Not that League."

You know? It would make a great adjunct to Batman, Inc. Take Ras al Ghul's desire that "The Detective" succeed him as his heir, & put a little spin on it. After all, Cassandra Cain defeated Lady Shiva. That there is all the pedigree she needs-- put her in the Batgirl suit, & have her try to wrangle the League of Assassins. Boom, that is a goldmine. & put Talia al Ghul in there. I have always thought Talia was under-used. Put her in a leather jumpsuit like the Baroness, give her a Mauser, & make her everything she can be. Make her a worthy heir to her father...but the intolerance & bias against women that Ras picked up in the last century have made him unable to see what is in front of her. Boom-- you've got cameos from Ras al Ghul, Damian Wayne as Robin, Lady Shiva, Deathstroke, Black Canary...heck, you could invert the Justice League of America, have them fight Cyborg Superman, Manbat, Black Manta, whatever. The fans are already hungry for more Cassandra Cain-- oh, the wonderful Cassandra Cain-- & this gives you a chance to do something really great. Hey, have a Bloodsport style Kumite-- remember how awesome Immortal Iron Fist was?
Collapse