Lankhmar Book One: Swords And Deviltry by Fritz Leiber.

Stretched out on the rack,
malice flowing like lightning
from his eyes to hers.

The circuit of hate
complete, flows into the Duke;
black magic strikes dead.

Well, I finally got around to reading these! Fritz Leiber is one of those names you see associated with the history of the great game of Dungeons & Dragons, & modern fantasy in general. I have meant to read him for a bit, & so I finally bit the bullet & did so. Like Edgar Rice Burroughs, Michael Moorcock, M.A.R. Barker & the like, Leiber is the genuine article. He's in the annals of legend for good reason. Now, this isn't my first exposure to Fafhrd & the Gray Mouser-- I'd previously read the comics by Mike Mignola, but it was my first dip into the primary text. Fafhrd & Gray Mouser are...well, "scoundrel" & "rogue" give a certain impression which comes close but...well, they area little bit more "murderers." Han Solo is a scoundrel, & while he shot first, he never murdered any tweens, which puts his heart of gold one up on these two. They are adventurers-- & if you've ever stepped back from the DnD table & noticed what a bunch of amoral psychopaths adventurers are, then you know what I mean-- remember the sociopathic, gold-hungry adventurers from Perdido Street Station? This is the origin story, & I'm charmed by it. Fafhrd is the prince of a barbarian tribe, destined to be chief, but he chucks it all & decides to move to the big city. It isn't quite that simple-- there is a lavish snow & sorcery tale behind it-- but there it is. Gray Mouser-- Mouse, then-- is a wizard's apprentice who gives in to black magic, to the lure of the sword & revenge. & then...well, he moves to the metropolis. Lankhmar! As much a character as the two gentlemen. The closing tale is their meeting, their first heist, the death of their beloveds, & revenge. Yes, it is a textbook fridging, & yes, the women are sad harridans or simpering dolls-- it is a shame-- but that is where the genre was in the seventies. I'm less condemning of it in older pulps than I am in modern works, where they really ought to know better. I'll say this-- I plan on reading the next one as soon as possible. 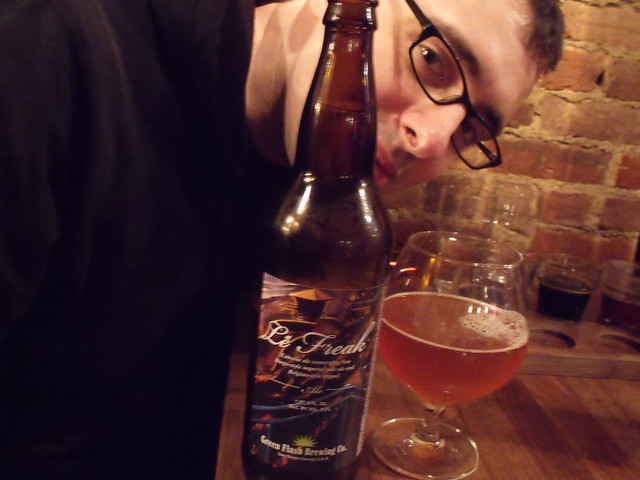 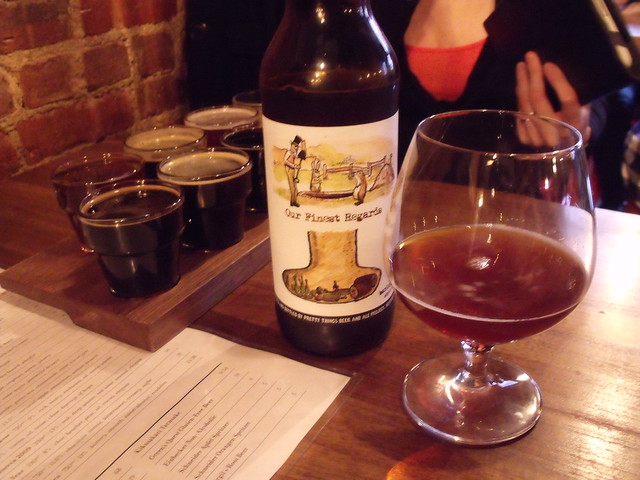 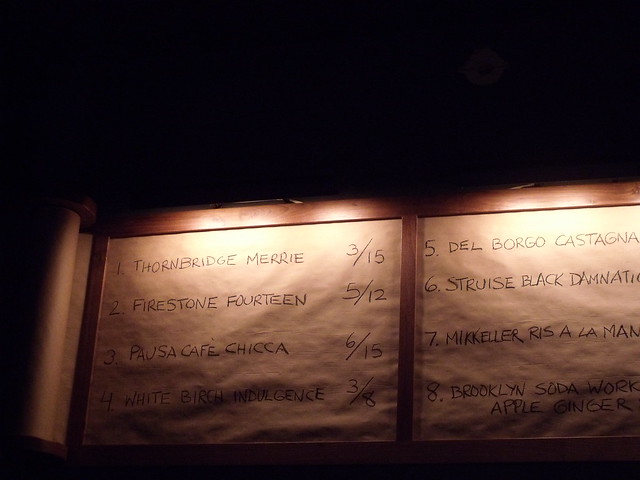 Woke up yesterday feeling a bit better. I knew I was on to something when I decided to slice open that tauntaun & sleep inside of its carcass. Jenny & I watched Saturday Night Live, which wasn't very funny. Most of the sketches derived their "humor" from gay panic or fear of genderbending. Yawn. On the flip side, the amusement park ride sketch was rolling in the aisles funny. That, & "Does a robot. Drink champagne? Yes a robot. Drink champagne." Anyhow, that was breakfast, & then Jenny & I bundled up & off to the gym with us. Not a bad work out, though I went heavy on the cardio work-- I did forty minutes of cardio, twenty of free weights, & twenty on the machines. I'm still using the momentum of working out with Gerd to bring a few more exercises into my routine, but that means I need to have a longer routine, or get better about doing like, arms one day & then legs another day. I don't really like that-- I get bored & prefer a more circuit approach. We'll see. I didn't go on Saturday, meaning that the "every other day" streak is broken, but I don't mind-- a strong three days a week is fine with me, & my usual average.

Then a couple of sandwiches from Brooklyn Bread for lunch-- ham with gruyère, arugala & sun dried tomatoes & the Il Padreino which is prosciutto, soppressata, provolone, mozzarella, mesculin & basil. That was just to get something in our stomachs, because up next was Beer Table. I'm really quite fond of that place, as you may have guessed, so when

onatopofthings suggested we meet there on Sunday, I was all for it. We got there first, somehow-- well, here is how. He texted & said he was at 7th ave & I texted "okay, we'll meet you there!" Except...I meant Beer Table as "there" & he thought I meant "where you are standing." It worked out in the end! I decided I wanted to go with bottled beers, since I hadn't been in in a while, & so much of their list was a mystery to me. I started with Pretty Things Our Finest Regards (caramel apple, cinnamon, winter dessert) which I got largely because Jenny & I weren't happy with any of the Xmas ales this season-- nothing spiced enough. I liked it but wasn't wowed. Ryan got a draught-- the Firestone Fourteen, which is made from five beers aged together-- & that was really good. Jenny got a flight of all the draughts, which was really a good call on her part. My second bottle was Green Flash Le Freak (fruit loops, water melon, big boned, playful) which I really did like. It wasn't as perfumed & weird as I thought, but rather had a nice citrus-y hops thing going on-- I mentioned it to Matt later & he said he'd had it & thought the comparison was kiwi, which seems apt. Ryan got a Professor Friz-- not the Briem Grut but the 1809. I have a hard time having opinions about it that aren't "aw, I wish they had the Briem Grut."

After that we parted ways with Ryan & went over to Kira & Nino's, a little inebriated. Well, we stopped off home so Jenny could put more clothes on, because it was freezing. I mean, Jack Frost was slicing off noses rather than just nipping at them. I said on the walk "I was attracted to our waitress!" & Jenny said "that is because she was attractive!" Oh, I guess that makes sense. Robert & Judy were there, & of course Olivia, who is now not fragile really-- you can pass her around without freaking out. Dinner was a salad & a selection of meats from Fette Sau-- the meat was really good, but I don't think it was anything incredibly special? I mean, high quality pork shoulder is high quality pork shoulder. Still, it was nice to spoon a variety of meats into my maw. After that Kira & I went to Blue Marble to pick up ice cream-- I picked pumpkin & she picked chocolate. I don't know, I was in the mood for it-- maybe I was in a weird mood, since Jenny had marveled that I wanted sweet beer, as well. When all was said & done, I was full of yawns & eventually Robert & Judy drove us home & I tumbled into the grave. Bed. I mean I tumbled into bed.
Collapse