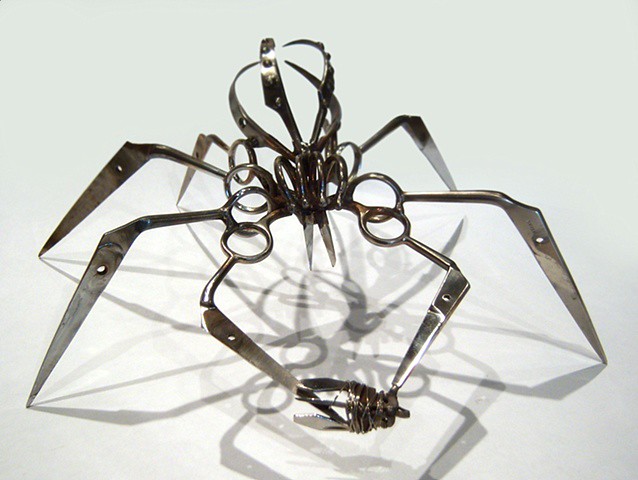 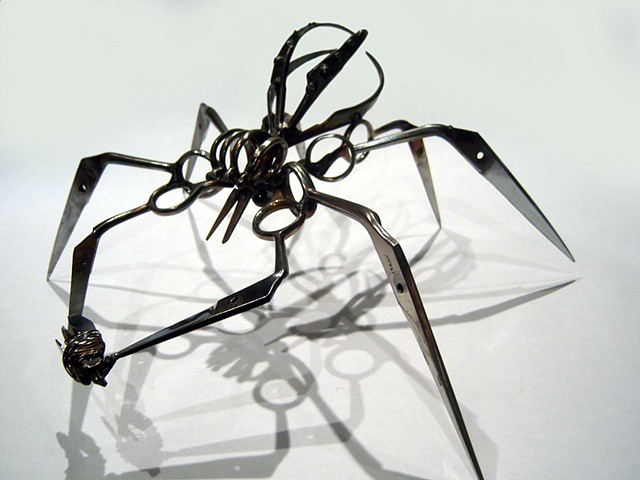 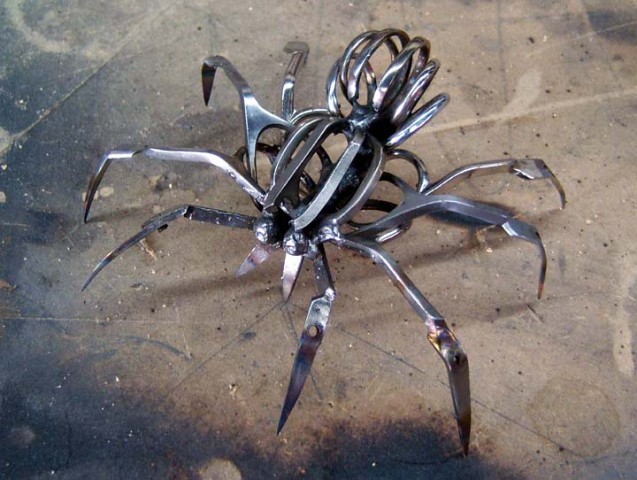 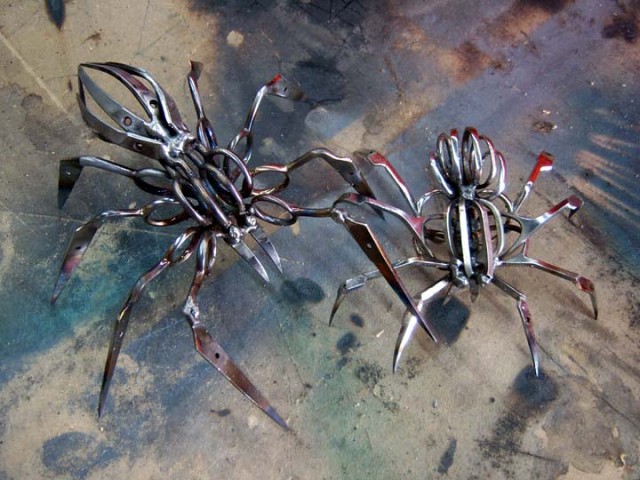 "Scissor Spiders" by Christopher Locke, via Who Killed Bambi. 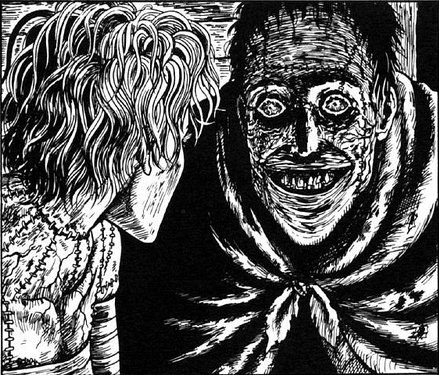 I've been in a rubbish mood all week, just one bit glower, one big knot of evil. A sulk. You wouldn't know it though, I don't think? Unless you were Jenny, poor darling, who has to put up with the tempests of my moods. Dreary grey & relentless Always Winter Never Christmas, that is for me. I should be pleased! I don't know, I'm a fist, clenched around a wasp. I've been reading

martak's "bronze draft" of his novel Cardenio, & I quite like it. I'm actually finished, & I have one more batch of notes to send to him. I enjoyed it so much that I actually missed my stop on the train, going right past Atlantis! I never do that, so that must be a good sign. Besides, it makes me nostalgic. There are lots of bits of my campaign Oubliette in there, & the Oisos game of his I played in-- or at least, seeds that were sown by those eager hands. Plus, I think I learned a lot about Cervantes. & I'm a sucker for Peacock Angels, anyone can tell you that. Otherwise, the usual, more or less. Television Night was me, Jenny,

onatopofthings! It was less Television Night & more Game Night, since we played Apples to Apples for most of it-- Jenny & Ryan tied, I think, but I acquitted myself honorably. Then we watched the controversial episode of How I Met Your Mother, which I actually liked. I like that they are making Marshall & Lilly trying to get pregnant last a while, for one thing. & the drama? For one thing, it has always been in the show, & for another, it is the doom of all sitcoms to evolve into dramedy. I am a moron though, & didn't notice the countdown till "21." Tonight? Jenny is hanging out with Jodi, so I went to the gym. The every other day streak continues! I put in a solid hour fifteen, & then ate a bunch of hot wings from Atomic Wings, after convincing myself that it counts as protein loading. Kind of, right? & then I watched Jimbo Wales on The Daily Show. He was fine. Mostly that is all I want, not to be angered by Wales. The project is bigger than him & always should be. Wikipedia is important & Jimbo Wales is nothing. He's right when he says Facebook will be forgotten by history-- in the next decade-- while Wikipedia will live on.
Collapse