Two entwined dreams last night. In one, I was part of a trio of children-- ain't that always the case?-- in a sort of Series of Unfortunate Events or Addams Family situation. One of my siblings was Leigh, which isn't exactly crazy. We were away at summer camp, Scout camp, on a mountain somewhere-- a mountain that has been figuring in a lot of my dreams, lately. The Scout camp was also a military base, & we had a few reasons for being there-- notably, there was a huge building filled with medical freaks-- people in comas, or clones like from Alien Resurrection, of genetic outliers of whatever sort...& "Room 43." The military was collecting anomalous humanoids, & our parents where there too; we didn't care about our parents, never visited them, but they were there. It was Room 43 we were interested in-- not exactly a room & more like a carnival funhouse ride welded shut with a transparent grey alien inside. Maybe not a grey alien-- maybe just a sick little girl, or a hybrid, or a mutant, but she looked like the x-ray of a Zeta Reticulian. Big eyes dark blots against a strangely proportioned skeleton surrounded by a flimsy membrane. We all adored her, & talked to her telepathically-- which is what set off the sensors on the military base, the inside-out SETI scopes on the mountain, pointed at Room 43. They went off, & they took the girl, but we found her, put her inside the skin of a Girl Scout & a gas mask, took her away, & left me behind to set the place ablaze. As it burned down, I found a peep hole in the General's office that showed a boxed off room-- no doors, no windows, just a secret hole for viewing into it-- with an IT costume-- a clown mask, a space robe, a Pennywise alien's clothing.

The other dream was just post-apocalyptic-- me & two other survivors had banded together. I'd talked the guy down from suicide & the girl & me had bonded since our significant others had died-- the three of us had lived through Armageddon & were a family now. We were a tribe brought together by being reliable & genius enough to survive the end of the world. I was kidnapped twice-- once by a rival tribe for bullets, & I beat them with the butt of my .44 snubby & terrorized them back; once by a group of people living as if the end of the world meant it was time for Tupperware parties, just a cult of Amway people who were living in my old house. I'd bumped into them when I went back to get a backpack & supplies, & left with one of the girls from the party, the cult member who had shaken off the brainwashing. My family had left, been forced out, but they left maps & clues to tell me where they'd gone to: Miami! So me & the girl I'd rescued started heading south through a world on fire. "Is zombie edible?" we laughed, & I told her I was a Black Atlantean. I had a war hammer & we told other survivors our last name was Malleus, siphoned gas out of stranded cars with a piece of hose & our mouths, always heading south, knowing I could trust my family to be there when I got there. This was the world after the girl from Room 43 got done with it. It was the perfect world for me. 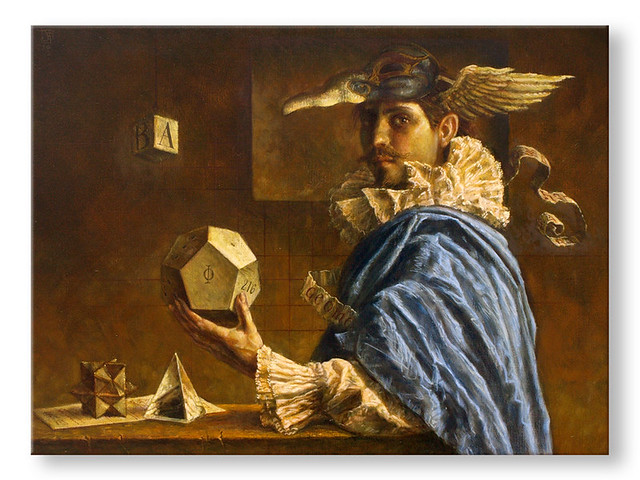 I've talked on more than a few different occasions about my distaste for "supernatural Merits," largely for reasons of playability & balance. I think about how to fix them-- just deny them outright? Make supernatural powers better?-- every so often, & I have been thinking about one solution in particular of late. It is a double whammy, because it allows me to port over an idea from the Mouse Guard Roleplaying Game (née Burning Wheel) that I've always admired. Mouse Guard has a system of "traits," character features that provide a bonus or a negative-- but here is the key: like with the Storyteller system's Vices & Flaws, you are rewarded when you get screwed. You can take a trait that sounds really positive (lets say "Boxer"), or one that sounds neutral (how about, "Punk") or one that could be seen as negative (like maybe "Fat," which I gave my mouse when I was building a Mouse Guard character). The gimmick here is that you can "tap" you trait for a bonus, or spend a point of it, whatever-- but you refill that trait by being penalized for it, either in a roll or in the story. So-- we can come up with a way for each of them to be of benefit to a character-- you use "Boxer" in a fight to knock a guy out with an epic blow, or "Punk" in order to get into the thrash metal bar, or "Fat" to avoid being swallowed by the giant snake. Okay! Maybe it is easier to use the obviously beneficial ones like "Boxer" in a useful way, but it balances out, because in order to refill it, you have to be screwed over by it. & really, that is when the seemingly negative traits come in to play, since it is easier to think of that-- but you can really use any of them, if you put your mind to it. The "Boxer" has a hard time with the street brawler, since he was trained to fight with rules, the "Punk" gets hassled extra by the police, & the "Fat" character can't squeeze through the trap door. See?

World of Darkness: Mirrors actually has a system in it pretty much like that. "Player Described Merits," under the "Reimagining Merits" heading (35). They suggest letting Players pick five Merits-- no dots, just five-- & give a few suggestions on how to come up with good ones. They give a variety of bonuses to award a Player who "evokes" the Merit-- which is all well & good, but I think part of the strength of the system is that you can adjudicate it on the fly. You don't need to pin it down-- the "Boxer" can use his merit to get steroids or talk to his contacts in the gambling circuit or make a special combat move or whatever you can imagine, whatever is appropriate to the story. Mirrors also suggests that you generate "conflicts" when a trait is used to the max-- which is just a way of screwing the Player. Not in a bad way-- conflict is what drives narrative! Now sure, this way you might lose some details-- like, for instance, if you have a Player who likes taking Fleet of Foot & raising her speed-- but I'm not sweating that, too much. I am more of a New School gamer-- I like the cute little meta-textual tricks that give Players more story control & gives Narrators more tools to avoid resorting to rules. I'm not quite set on it, though-- I maybe do want them to be rated? Give players a chance to show which Merit is more important, maybe have it act as a scale for how big of a deal it is? The "Boxer" with one-dot who is just a guy who hits a bag at the gym every other day, while the "Boxer" with five-dots is the former heavy-weight champ, or whatever. Just something I've been thinking about lately.
Collapse