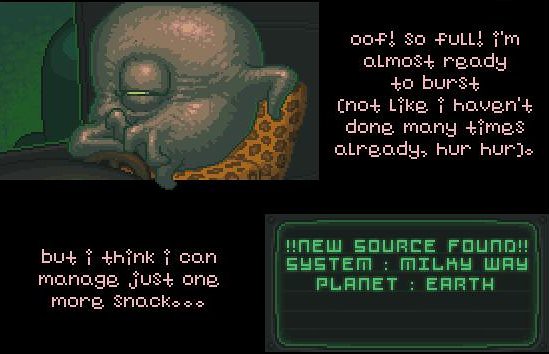 I figured I might as well start off linking to a game, since it is snowpocalypse outside. It isn't really that snowy, compared to what the Wasteland has to offer, but for Gotham it is pretty good. Not too shabby, two foot drifts! Because our courtyard is closed in, that has more like, four foot drifts, as the snow can't blow off. Fun. Nothing to do about it except play video games & watch television. Don't mind if I do! Actually, I did manage to go to the gym yesterday & do a solid hour & fifteen-- my timing was actually perfect, because they called it a snow day & said they were closing right at the time I was planning on leaving, anyhow. Also, I'd swung the weights I have at home around a little bit during Xmas, & I was happy to see at the gym the next day that I could feel it. I must have done enough curls to "count." Good for you, self discipline. Body Mordicai has been performing its job. Otherwise, though, just video games & television. Games-wise it is mostly Epic Mickey, which both Jenny & I have been playing; actually, she's logged a decent chunk more than me on the console. I don't say that as a complaint, but rather as a victory-- finding games Jenny likes is a tricky business. Her favorite video game to date? Bully. She's an odd duck, & I love her. Epic Mickey is fun, but not face melting, at least, not yet. There are lots of side quests though, & branching paths where you can only make one choice, so I expect high replay value.

Television-wise, we've been soaking in slick crime B-television; Leverage & Burn Notice. The season finale of Leverage was satisfying; I didn't really think that "The Maltese Falcon Job" that ended the second season had enough oomph, but this two-parter had decent stakes & the bit with the election was quite frankly adorable. Gilberto Martin del Campo had a Clark Kent thing going on-- Jenny called it that!-- that worked for me. Plus, you know, I continue to have a huge crush on Parker. Next was a four episode marathon of Burn Notice, which I periodically punctuate by saying "hi Joe!" since yeah-- the protagonist looks just like Joe. That is another fun show, with the cute sort of "nuts n' bolts" spy stuff that manage to make the viewer feel clever for figuring out. Really it is like a more street-level Bourne style of espionage-- not gadgets, but whatever junk you have in the garage. Also, one of the villains was Lord Nikkon! I get excited whenever I see an alum from Hackers in something, other than Jolie of course. Both Leverage & Burn Notice (& The Human Target for that matter) are in the same exact pantheon with other sort of B-movie, heist-movie, ensemble-movie types. & for that matter, straight up B-movies that I adore, like The Crow or The Prophecy, though I guess those have more in common with Buffy & Angel-- & as Leslie pointed out, I get excited whenever I see a Buffyvere actor, too. That is it; though, for what I've been up to. We've been cooking with just the merest dash of the Ghost Pepper from my stocking. So far, spicy, but not Doom Spicy. I am not a caliente picante daredevil or anything, though. 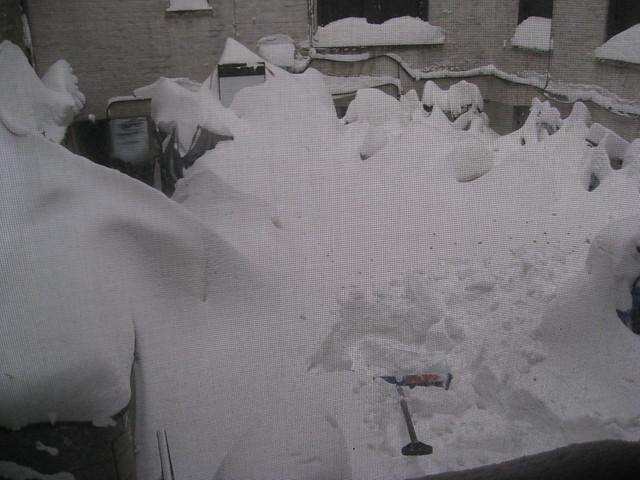 Yes, it is very cold, windy, & snowy in Metropolis. I thought the van stuck in the middle of our street for ten hours was ridiculous until I saw the bus stuck perpendicular across the avenue. Fair enough, then! Or day has consisted of...well, pretty much nothin' doin'. Jenny has been playing Epic Mickey most of the day-- she's dealing with the cyberpirates from Captain Hook's ship in Tortuga, right now-- & I've just sort of been scuttling about making myself useful here & there, reading a few comics, fiddling about online, that sort of thing. The only thing we did manage to do was to get to The Park Slope Ale House for dinner. Yeah-- nothing was plowed, when we went in. I had a burger with spinach, on account of I couldn't think of anything better to order, & Jenny had a pot-pie. Drank a Captain Lawrence Smoked Porter while Jenny drank a cider & rum, then tried a bottle of Innis & Gunn Rum Cask beer, which was interesting, while Jenny had the Harpoon Winter Warmer-- which was spiced, so that was nice. Then back home, & Jenny walked Claudio while I went to the store to pick up some dog food-- since Carla & Kenneth are snowed out of Gotham, we've got Claudio longer than we'd planned on. I also picked up some other bare necessities, & a four-pack of Brooklyn Brewery's Monster Barleywine. Which brings us up to here. Jenny is playing video games & I'm...well, watching, I guess. Sort of pointing out stuff like-- "did you try going into the castle?"
Collapse