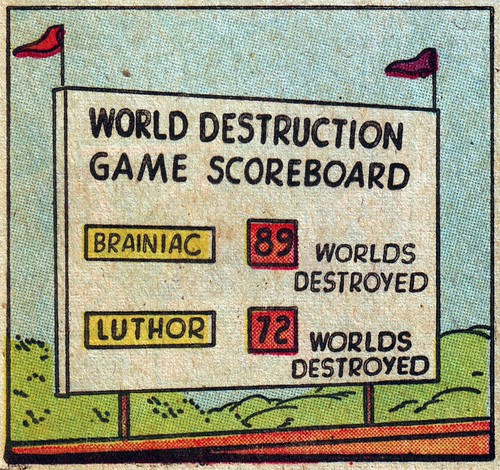 I'm pretty sure I rode the train with a couple of white supremacists this morning. Fairly sure. I wasn't paying attention to these guys at the beginning-- I noticed one guy had a terrible stupid Ozark's beard, & then I went back to reading comics. I heard them talking about professional wrestling being fake (O RLY?) & shook my head & looked at pictures of Thor walloping things with his hammer. Then I started hearing some suspicious stuff. How "Chicano Studies" is making people Un-American. How America's principals are Anglo-Saxon principles. How African-American culture was just Southern Anglo Culture. & then was like "oh wait, these guys...are these guys talking about racist stuff?" & I started eavesdropping on them. They took a turn towards nonsense-- talking about diversity in Italian subcultures-- but then yep, I'm pretty sure they came back to talking about veiled, coded white supremacist stuff. What to do! I am the guy who will say something if you litter, or who will give up his seat for a little kid, or whatever. Civics, it is an accessible facet of ethics! Anyhow, I decided that unless they were using slurs or saying something to other passengers, I just had to sit there & let them be idiots. You are allowed to have your stupid opinions, I guess. Bah! So that was what I did, I clammed up & let them go to town-- or again, at least I assume so. I mean, I thought their suspicious lingo was all swapping their cryptoracism, but maybe I was wrong & they were just sort of awkwardly talking about the different subcultures in Italy. That could be the case.

fordmadoxfraud dropped off some for me on Wednesday, & I've been digging through them. Obviously starting with Batman & Robin, which Grant Morrison has been knocking out of the park. The fact that there are people who think Grant Morrison is not writing amazing Batman comics...well, it makes me despair for my brothernerds. Further quick rundowns-- I don't like James Robinson, generally, but I do like the Crime Syndicate of Amerika, so Justice League of America was okay...but wait, the League is Batman, Supergirl, Jesse Quick, Donna Troy & Jade? What the...heck? J. Michael Straczynski's Superman is awful, I've decided. Superman trying to spook a...sexual predator? What? & then everyone getting moralized to? Poorly? Yeah, blech. Supergirl looks pretty, but isn't quite there...in large part because the Bizarros don't talk wrong right. If that makes sense. Action Comics on the other hand is pretty great; Lex Luthor meets Death of the Endless, & it hangs together despite them coming from two different ends of the comic book spectrum. I think Greg Pak's Incredible Hulks "Dark Son" saga is pretty fun-- Red She-Hulk is on the team? Rick Jones as a monster?-- but Chaos War isn't very good, I don't think. As I worried, it is a misfire in the vein of World War Hulk. Zatanna had some cute flourishes, like the undead Sue & Ralph, & I thought it worked. Conversely, I thought Wolverine didn't work at all; total snoozefest, full of cheap gimmicks. Pastor Wraith, really? Avengers: Heroic Age has been working for me, with Romita Jr.'s art being a big part of that; still, I wish Bendis would be a little less coy. Seriously, there is a lot of time travel, feel free to have a dab more exposition. The real winners in the pile (besides Dick & Damian) is Matt Fraction's Thor. First off, I really like the art; Ferry & Hollingsworth get that Kirby-esque blending of super-science & super-natural down pat. I really dug it, & Fraction combines weird science-fiction parallel universes with Norse sensibilities in a way that I am feeling the vibe on. Right on. & maybe I am starting to "get" the hype around Thor: The Mighty Avenger too, but it might just be afterglow.

On Tuesday I ran a brief game of Dungeons & Dragons for some of my co-workers. It was a success in that everyone had a lot of fun, but a failure in that I didn't really have any control over the narrative & I was woefully unprepared for what they would do. I thought they would sort of need to be railroaded, but would gleefully get on the railroad train. Boy was I wrong; rather, everyone wanted to develop their own little lives in a cozy town in the foothills. Kat was late & arrived out of sorts, but did come up with pretty fun ideas, like how her character had reverse Rip Van Winkle parents who were actually younger than her Eladrin Wizard was. Matt invented a job for his Tiefling Rogue working in a bookshop he named "The Dusty Jacket." Jocelyn's Gnome Druid has a job working in her parent's (a dryad & a gnome) bed & breakfast-- "The Sleepy Scylla." Brian's Deva Invoker was meant to just be the grim stranger passing through town, with a nest of past lives. Here is what I learned about the players: Brian is the "Yes, And?" player, which is great. Jocelyn is the incredulous one-- I can't just have a dude say "come adventure with me!" but rather need to give her good reasons for her character to want to do it. Matt is the immersive one, along with Jocelyn-- the make calls based not on what they want, but are rather more method. Kat was distracted, but is the one who wants to be involved in story-building, I think. Anyhow, I should have eased off the throttle & let them fool around in the bar all night, but I sloppily tried to make them go on a quest. Lesson learned.

Wednesday was America's Next Top Model & while it was good television, it was bad fashion. No wait, that is wrong. Zac Posen was on, & they did runway for him, & that was pretty impeccable fashion...just, you know, there weren't any good photos shot. It was a good show, but for Posen, not the models. Esther, as it turns out, might have the worst walk of any model I have ever seen. Didn't bode well for her. The shoot was actually a fake commercial. First off, yeah, I thought H2T water was a funny pun. Get it, H2O, H2T? Anyhow, Kayla had some...messed up stuff to deal with, & Jay was a good balance of tough & understanding. Ann was a disaster, Liz was a disaster, everyone else was blah, Chelsey was good & Chris was best. Ann was in the bottom two, as she needed to be, to "teach her a lesson." I hope Ann's arc is "then she discovered her self-confidence!" but I don't know that it will be. That is fine; Nichole winning made up for Allison not winning, so I'll cut ANTM some slack on the topic of picking weirdos. Afterward we watched Modern Family, which was pretty great. Gloria's "American accent" was my favorite-- I always like "American accents" from foreigners. Jenny & I drank a couple of pumpkin beers & I nabbed one of

elladorian's winter ales, too. Also, rolled around on the floor with

We had our work Halloween party last night, & it was pretty fun. I put very little effort into my costume; I went as a Sith Lord. Cloak, belt, lightsaber, gloves. I joked to people that I was just wearing my "Sunday best." Then people joked that I just threw on whatever was in my closet...& then I told them that yes, actually, that was what I did. I won runner-up for a category, but more deserving people took the prizes, so good for them. Jenny met up & we mingled with co-workers here in 23 Skiddosville, but we went home before too long. I guess the girl on the train was digging me, checking me out-- not because I was in costume, since I'd changed, but just because I'm hot. I'm a hot dude, check me out! Then we went home & watched an episode of Castle while I ate a burrito. First, that was a particularly good burrito. Second, that was a fun episode-- it was a "serial killer" episode, & they'd made it seem like he would attack Castle's family in the previous week's teaser, but that never happened. I'm glad; the show doesn't resort to clumsy & manipulative tactics, it doesn't take the cheap shot. Instead you get Beckett & Castle bonding over a feeling of powerlessness. Bittersweet beats melodrama. Jenny was reading the book for Heat Wave & finished it up after we were done with the show. Oh, & I watched Mythbusters, I almost forgot! It was an episode about a motorcycle pulling a sheet out from under table settings, & about whether you only use 10% of your brain. The former I'm pretty sure they only did because Jamie owns a fast motorcycle. The latter was kind of fun-- not the usual stupid fluff. Brains, I hate them, so spooky.
Collapse