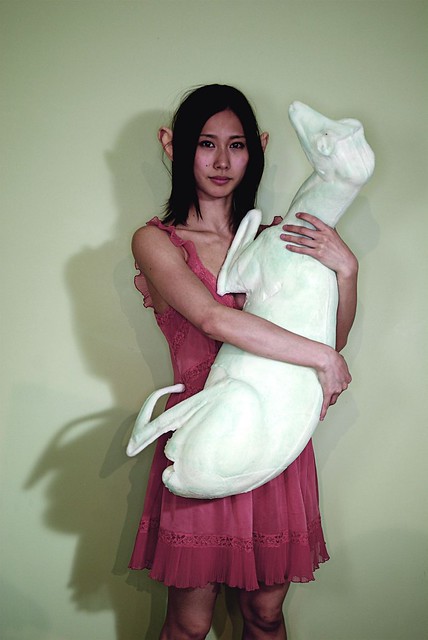 The worst time I've ever had rolling dice was in my first Dungeons & Dragons Third Edition campaign. We were playing in the Forge of Fury adventure, but we'd progressed too quickly, so Antonio-- who was the Dungeon Master-- had replaced all the orcs with gnolls, all the ogres with trolls. Our party was a bit of a disaster;

kingtycoon & I were playing halfling brothers-- I was Chester Kegtapper, Ranger/Rogue & Kingtycoon was Sammy Kegtapper, Rogue/Bard. One of Antonio's roommates was playing our aggressively generic cleric, Redgar (sic), & his other one was playing an Aasimar Paladin. That guy-- the paladin-- sucked. His player was this tiny little guy & when we were all introducing our characters he said his paladin was "really impressively tall, like...6'2"!" & then Kingtycoon & I laughed & laughed. The fact that we were playing halflings was just gravy. Anyhow, this paladin was the worst-- when the halflings would go out to scout he would literally nail the doors shut behind us. Most cowardly paladin of the god of courage ever. Anyhow, we had a plan for the final battle with the black dragon lurking in the Forge's belly-- the halflings would drink a potion of spiderclimb, crawl across the ceiling to a little peninsula we'd discovered, & lie in wait, so that when the heavies burst through the door & drew the dragon's attention, we could go wild with sneak attacks.

Now, first things first-- this is when I discovered how much I hated the draconic super senses in 3e. Blindsense? No sir, no. Well, the dragon in Forge spotted us; I still think that even with blindsense & all that, we should have been able to sneak, but it was our first run through on the edition, so c'est la vie. Besides my particular case there is the fact that Bilbo wore a magic ring of invisibility & Smaug couldn't see him...but now I'm getting off track. Anyhow, during the entire climactic fight with the dragon, I didn't land a single hit. I went to extraordinary measures-- I glued myself to his back with a tanglefoot bag!-- but every die roll came up short. It was miserable! Now, some of it is probably my "fault" in retrospect-- I let roleplaying get in the way of character optimization. For "shame!" I hate magic shops, & I refused to buy magic swords-- I told Antonio that I wouldn't take any until we came across them as treasure. Well, there aren't a lot of magical shortswords or daggers in those adventures, I guess. All the gold pieces I got I dumped into my mithril shirt, which ended up being a +4 mithril shirt of 100% fortification when all was said & done. As I've said before, I've always had a thing for being the "high AC" character. Anyhow, lacking magic swords & being multi-classed, my to-hit was probably lower than it "should" have been. Still, not a single blow! Disappointing.

It is an old adage that if you want to see a bunch of atheists act like pagans, ask them about their dice superstitions. Me, I think the dice can tell both what game you are playing & whether you are the Narrator or a player. I've never had the dice come up in my favor like they did when I played West End Game's Star Wars-- my Jedi was just unstoppable. The "wild die" always came up a six, giving me a re-roll, & the rest of the handful was all 4s, 5s or 6s. Of course, that ended up requiring that when the evil Sith captain of the Star Destroyer & I went at it, the rest of the party went on while I went home. We played the fight the next day, rolling massive handfuls of dice for lightsaber combat, doubling them with force points-- it was a battle royale. When the Jedi inPhantom Menace stop to fight Darth Maul while Amidala & the rest faught onward in I was excited, since that same thing happened to me. Jason, who played Star Wars, was the Narrator for Earthdawn & the dice were on his side in that game like you wouldn't believe. He rolled a d20, a d12, & a d8 (I think, who can remember how "Steps" worked?) & came up with a 20, a 12, & an 8...all of which he re-rolled for another 20, a 12, & an 8, & then on the next re-roll he got a 19, an 11 & a 7. It was insane. One of the scariest things I've heard in a game was when we were fighting a pair of jeruthras & getting out butts handed to us...when Jason went "huh. They get two attacks per round!" The number one scariest thing was just creepy cell phone static in Antonio's Vampire: the Masquerade game, for the record.

While I'm just talking about random gaming stuff, do you know what I hate? Supernatural Merits in The World of Darkness. I'm talking stuff like the stuff in Second Sight & the Merits in Hunter: the Vigil. Since I run Oubliette on a generic World of Darkness platform, it gets under my skin. I think Hunter did a lot of stuff right, in particular the Dread Powers. I want Attributes, Skills, Merits & then I want Powers to be separate from that. I want the supernatural to be more expensive, to have that sort of firewall between the rest of the character sheet. Making Merits have supernatural potency not only dilutes it, but results in some imbalances. & you know, I try not to be the "No" Narrator, I try to ease back on the throttle, which makes it tough. Of course players are going to be more interested in a Merit that gives them supernatural advantages over a Power; it costs a third of the price! I can't blame them. It doesn't help that I also hate the Spheres from Mage, & some of my players really like them. Maybe I should, counter-intuitively, look into Hunter a bit deeper, examine the Dread Powers further. I want the Powers of the World of Darkness to balance-- a Gift is equal to a Discipline is equal to a Transmutation, whether they are from a core book or a supplemental Bloodlines book or whatever. That is what I'm looking for as a buyer of White Wolf products. Of course, this all might be moot; there might never be another print book from them again, for all I know.
Collapse