Tuesday during the day I took a bit of an extended lunch with my boss Matt & his lady companion Katy & we made Dungeons & Dragons characters, since they missed the previous Character Generation Confab. We went to Old Town & Kat came along too to add the benefit of her experience. Matt decided to go with a Tiefling Rogue named Bastion Fury & Katy chose to play an Eladrin Cleric-- adding them into the mix with the Deva Invoker, the Gnome Druid & the Eladrin Wizard should make a party that is...if not exactly well rounded, then totally valid. Three Controllers, a Striker & a Leader isn't bad; they'll be hurting for a Defender, but that ought to add a spice of danger! I'm excited to run, actually-- it seem like a shockingly small amount of effort! Pick some monsters, string together a plot, & blammo! It makes me appreciate just how much creative effort I do put into Oubliette, even though I feel like I'm just robbing from multiple sources. One of the upsides to brand new players is that they don't know the tired old stories; it is all brand new to them. I am going to lean really heavily on the established canon; I want to give them an authentic taste of what it means to play DnD. That might mean it seems hackneyed but I'm especially trying to use tropes. Classic flavor! Here is the blurb I wrote them last night: 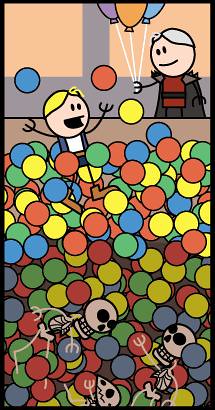 The first empires were those of the Tieflings-- the devil-men-- & the Dragonborn. Well, there were empires before that-- but those were the first empires with people, not monsters. Those were both a long, long time ago, long since fallen to legend & myth. Then came the empires of the Dwarves & the Elves. They split the world-- half & half, with the Dwarves taking the bottom half & the Elves taking the top-- or so at least the legends go. Those empires dwindled, too. Now is the time of Humans & Orcs. The Humans have had a high king once already-- a Caesar, they called him-- but his empire has toppled, as they all do. The Caesar's empire sprung up while the Dwarven & Elven empires were still thriving-- he made alliances with the Elves & the Orcs that were cemented by marriage bonds, leading to the birth of Half-Elves & Half-Orcs. His empire too has fallen.

You live on a chain of mountains called The Spine of the World with a frozen glacier at its heart. Along the east is the Ocean. To the north are the Orcs in many scatted tribes & the Black Forest. To the south are the Humans, with cities dotting the wilderness & the Glass Desert. The world is in the grip of a Dark Age; there is no great civilization, & creatures roam the night. The heights of the mountains still stretch into Faerieland, & the Eladrin still dwell there, living in a dream between this world & the next. Lower down the slopes are the Elves. Under the mountain thrive the Dwarves, & beneath the very peaks-- which of course touch Faerieland as well-- are the cunning Gnomes. In the foothills are villages where every kind of race can be found-- Humans, Tieflings, Dragonborn, & stranger folk beside like reincarnated swamis, people raised by wolves, half-giants, that sort of thing. Through it all are caravans of wandering Halflings, tinkers & thieves in wagon trains.

The monarchy of the mountains live in Fairyland-- the Feywild, Faerie, whatever you choose to call it. It is a world apart from the mortal world, another dimension, where the Seelie Fey-- frolicking fauns & wise dryads & charming princes-- vie against the Unseelie-- evil-eyed giants & wicked stepmothers & murderous bogeymen. Three kingdoms have allied together-- the Kingdom of Spring, ruled by the Green Maid (in her glass slippers); the Kingdom of Night ruled by the Black Crone (wearing red-hot iron slippers); & the Kingdom of Twilight ruled by the Red Queen (in her ruby slippers). Each faeryland kingdom is accessible from a different mountain peak-- but in the faerie world they all share borders.

Among the Elves & Eladrin & their allies, the most commonly worshiped gods are Corelleon (god of beauty & magic) & his consort Sehanine (goddess of trickery & love) with Lolth (goddess of treachery & spiders) as the Adversary. Humans often worship Pelor (god of sun & goodness) as the father of the gods & in the larger settlements Erathis (goddess of civilization) is often venerated as a patron, as is Bane (the god of tyranny & war). Dwarves are almost monotheistic in their worship of Moradin (the god of smiths). Every Halfling caravan has a wagon left empty, set aside for Avandra (goddess of luck & travel). The Orcs of the north are drawn to Kord (god of strength & storms) as well as Gruumsh (god of slaughter). People everywhere reverse & fear the Raven Queen (goddess of death) but her worship is generally centered around funerals & graveyards, though she does have priests. Ioun (goddess of knowledge) & Bahamut (god of justice) have zealous adherents that often live cloistered away in library-monasteries or in questing orders of knights. Shrines to Melora (goddess of the wilderness) can be found in the wilderness, usually spartan & left to become overgrown. Temples to any god can be found among any race, however, though few of the evil gods are openly venerated. 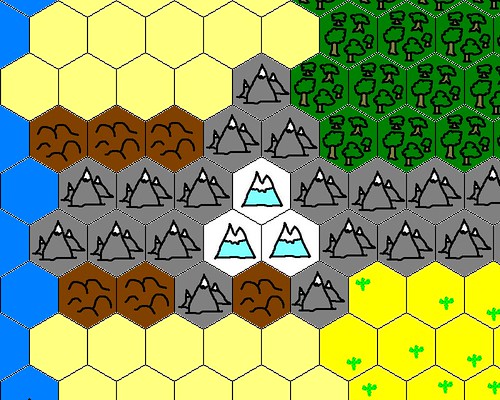 After work I met up with

ranai, came home, ditched her, & then went to the gym. My shoulder isn't bugging me, but I didn't want to lift any weights-- better safe than sorry-- so I just did a load of cardio & leg work outs, with just a twinge of abdominal stuff. Funny how much you use your shoulder-- you don't think about it until you avoid it, I guess. Hands, huh? I came home & Jenny made some tasty stew-- steak, potatoes, carrots, onions, a dash of habanero (note: not "habañero"), crème fraiche & parsley with bread to sop up the juice. We watched Castle, & it was a pretty great episode. Castle got to be a tough guy-- which reminded me both of Mal from Firefly & the dad from Veronica Mars-- & they did a steampunk episode, which cracked me up. I like when there are "sub-culture" episodes; "gothic" is the boring typical one, but believe it or not I've never seen a steampunk one. Jenny made fun of me-- she always does, saying I'm like Castle. Which- duh! I realized she's like Beckett! We are the episode of Moonlighting where they get together & live happily ever after. Castle ended the episode with a Stephen Cannell tribute, using the "writer tears a sheet of paper from his typewriter" cliche his production company created-- I thought that was very respectful. Today at work I was super swamped but I managed to go to lunch with Tom; we went to the Madison Square Market & in the name of Lion Pinball Players nostalgia I ate some Pies N Thighs. That coleslaw is pretty great, I'll admit.
Collapse