Demonomicon by Wizards of the Coast.

Baba Yaga's hut,
where she cut her teeth; sharpened
at mad Zagyg's knee.

Another loan from the library of

fordmadoxfraud. Aren't actual books fantastic? For many reasons-- notably among them the ability to own them. Besides, lending leads to the spread of the product, if your product is of quality; like this! I borrowed it, to see if I wanted it...lo & behold, I do! I've said before & I will say again: I'm into the Dungeons & Dragons mythology! Sure, the fourth edition has radically altered the cosmology of the game, abandoning the Great Wheel in favor of a more polarized up & down. I think there are perks to this approach & drawbacks, but I don't care particularly one way or the other (though I think they should absolutely make a Great Wheel Planescape setting, or something, to capitalize on nostalgia & the worldbuilding that has already been done for them). One thing that is nice about the overhaul on the mythos is that is presents a different prism to view the mythology through. When you create a slightly askew version, you add dimension; isn't that how 3D works? I think it definitely succeeds here-- between the earlier portrayals of the Demon Princes & the newer versions of them, the picture I put together in my mind has just that much more to sift through. I can pick & choose, exaggerate or distort, minimize or remove. It leaves me options, which I like. Graz'zt as the darling general of Asmodeus, a fallen devil? Hey, I sure like that, actually. Orcus as a corrupted Primordial? I dunno, I think I like the notion that he was an ambitious & evil soul from far past, one of the damned who clawed & betrayed his way up the latter from larvae to Prince. I'll use whatever I want, thank you very much-- & I mean that, I mean thank you, because the book supports the Dungeon Master using it however he sees fit.

The book starts with, & is sprinkled with, lots of anecdotes from Iggwilv, the Witch Queen, who is my favorite archmage, I think. If you count Vecna, it might be tied, but Wilva is great. So that is a fairly strong plus mark in the pro column right out of the gate. This is more than a bestiary like The Dark Sun Creature Catalog; you've got an updated creation of the Abyss tale, for one thing-- this "Seed of Evil" thing needs to pay off somewhere down the road. If the writers can pull it off, it could work, but as a generic concept I'm skeptical. You've got rules for demons to explode or freeze or whatever when it dies-- I think it is cool when draconians do it, & it is certainly appropriate to add to demons. There are a bunch of creature themes, which are neat, & a good way to bring disparate elements together & have them make sense-- you can do a monster mash of all kinds of critters & then throw "Pazuzu's Dread Flock" into the mix to have them make sense. I've said time & again how much I liked the PC themes in The Dark Sun Campaign Setting, & now I am anxious for a 4e Book of Vile Darkness, as it would be neat to see themes proliferate further. There are also replacement powers for the typical demonic power "variable resistance," which is a nice piece of transparent customization. I want the DM's tool kit to be fully stocked, so I heartily agree with its inclusion.

The chapter on the Abyssal Realm is nice, but I'm a sucker for that kind of stuff-- recall that the Fiendish Codices, which were the apple of my eye. Jared Blando's maps really work for me, particularly the tower of Khin Oin. Now, you've read the histories of various demonic layers, but the book adds new ones (like the Barrens, the demesne of the all-new Oublivae) as well as giving you rules, integrated into the text-- Viper Trees as hazards, or rules for dying of exposure on Pazunia. Actually, Pazunia as a choking desert with a red sun made me think it would be a pretty great setting for a short-term campaign-- lead with the red herring of Dark Sun & then spring it on them that they aren't in Athas, but in the Abyss? A little chicanery! There are a couple of adventure seeds-- the one with the Wasting Tower is much more interesting than the one with the lost temple of Demogorgon, but then I guess that isn't a surprise with my Planescape background. Then finally a host of monsters. A lot of classic but esoteric inclusions-- I was pleasantly surprised to see the Jovoc, which I've always had a sneaking fondness for-- along with a few Princes. Zuggtmoy, Oublivae, Kostchtchie, Phraxas, Pazuzu, ranging from 22nd level to 33rd, making Zuggtmoy fit to close out the Paragon tier & Pazuzu a fine way to end your Epic game. 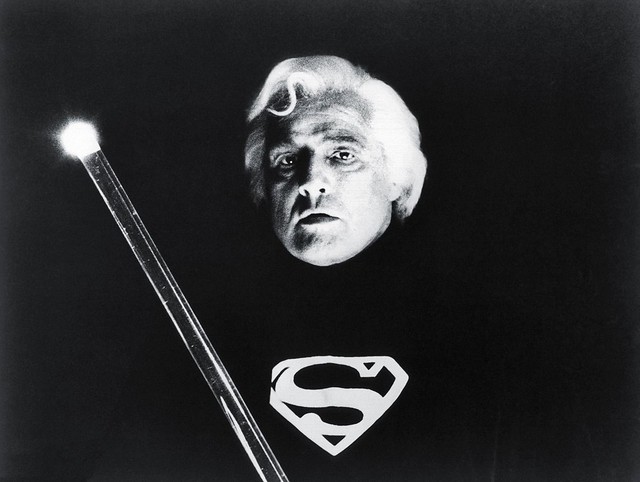 I was thinking about aliens-- you know, I have a weak anthropic bias, & I don't mind admitting it. Clearly a strong anthropic bias is crazy nutso, but the chemistry behind saying something would be carbon based is just...strong. All those bonds! Water, so useful & tricky! Which isn't to say silicon couldn't come into play, or chemical processes that are opaque to me-- I took like, one very basic organic chemistry class a long time ago, so I'm hardly an expert. Enough to say-- like, left-handed proteins? Come on, like...spiders do that, practically. & silicon is like a crappy version of carbon; like I said, possible, but I wouldn't start with it unless there were no other options...except there are, & carbon is manufactured in stars, so it is relatively plentiful...anyhow, water is a little weirder, I could see ammonia as a solvent, or whatever. Otherwise, giant super-structures like cloud beings-- well, stellar soup could replace primordial soup, I guess? Macrocosmic structures? Space is big enough? I think carbon is the winner by a mile though. Call me a carbon chauvinist if you want. Those are four robust valence electrons!

Like I said, strong anthropic bias doesn't make any sense; there is no functional reason to look like an ape. There are reasons that the ape became sentient, though-- which I'd say boil down to hands & brain. At that level, well. The organic structures on Earth that I could see supporting sapience (not getting into arguments about sentience or sapience) are apes, cephelopods, bugs, & elephants. Theoretically I could see some kind of seal or dolphin with hands, but it seems like once you get into the sea those pretty invariably turn into flippers. & I guess I could see a tail-based manipulator, in theory, but I can't think of anything that actually does that. We've got a strong proof of concept in bipedalism, but I think radially symmetrical critters like starfish or octopi have a shot; bugs demonstrate that they can manipulate things collectively, & elephants have the best mouthpart manipulator that I can think of off the top of my head.

How do you get them up into thinking? Or rather, how do they evolve the need for sentience & eventually technology? Well, I think a good food source is important-- I'm a convert to the central positioning of fire to human evolution, allowing a big brain & all that. It maybe doesn't have to be fire-- a calorically dense soup of krill or I don't know, some other superfood could do it, couldn't it? Something that freed up metabolic space for a brain? Which doesn't pressupose a brain, though-- you need a reason. Looking around is one, sure. Is getting better at language another one? Lets skip that for a second & go back to fire. Is fire necessary for technology? That would mean everything has to stop being marine, has to be terrestrial & have oxygen to boot. I don't know that I agree. Glues, chemical burns, whatever-- I think you could get around fire. I don't think you can get around language, though. Maybe you can sneak past it by being hyper-eusocial & replacing language with genetic roles (genetic meaning whatever molecules you store your biological data in). Now we're starting to get out there, but that doesn't mean it ain't plausible. Space faring clump of octopus hiveminds? Why not!

This is what I think about while I sit at home with my wife. I bailed on the gym; after having so many guests over on TV Night & letting Danielle crash, we needed to recharge our batteries, & so we sort of collapsed into each other. Well, I was super collapsed, I was awfully needy. We ate noodles of various Thai varieties & watched television. First it was Castle, which was fun as usual, but is doing a steampunk episode next! Which cracks me up; all those "gothic culture" cop shows have beaten & misrepresented that subculture to death, & I think it is hilarious that steampunk might be next. Hilarious. We also watched "Must See TV" actually on Thursday, instead of leaving it on our DVR till whenever. 30 Rock was charming; at this point you expect it will be, so it really has to be, or it counts as a failure. I keep saying what a relief it is that Community finally admitted that Annie was "the hot one," since she clearly is, & that frees up a lot of the characters from patterns they were stuck in. That was enough for me, though, so I spent the rest of the night reading & then went to bed, where I dreamt of goblins & Tron in the context of supernatural home invasions. Today I just think-- isn't Vecna the best of all mortal apotheoses? Better than Hercules & Jesus & Buddha, for sure.
Collapse