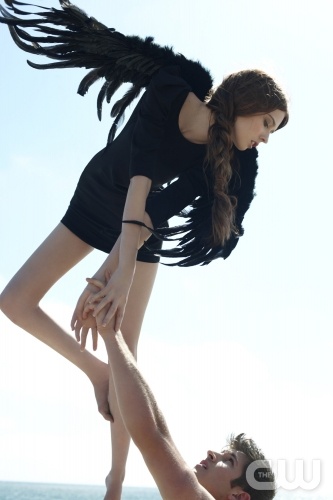 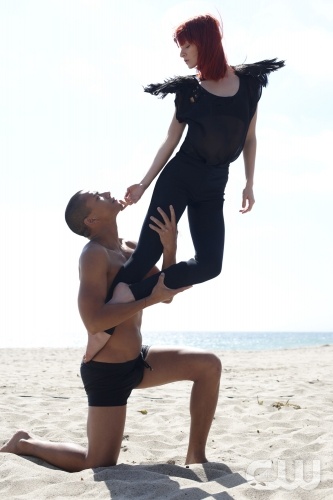 Last night was a lot of fun, but I may have over-imbibed! Let me get the rest of the week out of the way, though; I haven't done much of anything. Monday & Tuesday I went to the gym; that was okay. On Monday I skipped fifteen minutes of the cardio I'd planned, but on Tuesday I did fifteen minutes more cardio than I had expected (watching the penultimate episode of Warehouse 13) so it all evened out. Work has been chock full of meetings, so I've had to cancel a bunch of lunches-- like, why do the stars only align enough to taunt? To crack the doorway, but go no further. R'lyeh rises almost to the surface...then sinks again. I canceled on Chris only to find out that Nicole & Denine were in town to meet with Shakira (?!) So I crammed a bunch of stuff on my schedule around & went to go meet them; we hung out while Denine looked up Shakira on Wikipedia, then we went to NBC & hung out there, before I parted ways with them & they went on the tour. I haven't seen Nicole since the last time I was in the Wasteland. That is the basic summary of my week to date, otherwise; I don't even think I've been wathing television-- just reading & turning into a vegetable. Oh, on Tuesday I had a CSA pick-up, & we got five ears of corn, two pounds of fingerling potatoes, two squashes, an eggplant, a bushel of tomatoes, a head of lettuce, two things of basil, "some herb" which turns out to be sage, four pounds of apples, a bunch of carrots, & maybe some other stuff I'm forgetting. Probably.

fordmadoxfraud, who I then kind of fluttered around. I was waiting for them to finish eating, so we could draft minis! So we went into Spare Oom & went through the boxes of the new set. Yay! A high light of any event is new minis! I made out pretty well, but I didn't get everything I wanted-- no Wil o' Wisp or Brain in a Jar for instance, but David did agree to trade his Neogi Great Old Master for my Heroslayer Hydra, though I still want (multiple) Neogi Slavers. What do I need more hydras for? While we went through them, Lilly asked us questions-- she's on the hook! All we need to do is reel her in. First hit is always free. Then finally we poured into the living room to watch America's Next Top Model. There was some good natured pranking going on, which is different from every other season, where if there are pranks they are done in a spirit of ill will. How lovely is it that Ann can model! Then we watched How I Met Your Mother, where I over-the-top connected with Marshall & Lilly trying to get pregnant. Punchdrunk television! On the topic of Top Model, though, I continue to root for Ann, & I'm really glad she's taking such good photos. We talked about our favorite "weird" girls; I think my picks are Heather, Allison, Nicole, then Ann, in that order. Which is their order of appearance, too, but that is how the bones lay! Really though, it has been all about Kayla the last two episodes. That red hair is sheesh, amazing. 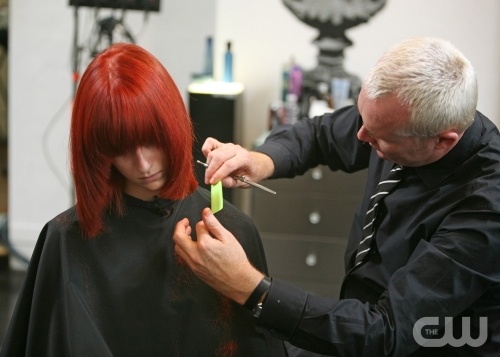 The Search for WondLa by Tony DiTerlizzi.

The Vault Dweller failed.
The Chosen One found no GECK.
No Lone Wanderer.

Eva Nine (EVA-9) lives in a bunker under the ground studying & preparing to one day leave her shelter. Her only companion for her entire life has been Muthr (M.U.T.H.R), her robot caretaker. Events of course conspire, & in short order Eva is thrust out into a world with nothing but her omnipod & smart clothes. The world isn't anything like what she expects-- the forests move, for instance, & none of the animals are anything she nor her omnipod recognize. The only thing Eva has to go off of is a picture of a smiling girl, an adult, & their robot & the charred remains of words "Wond...La." So off she goes, collecting a giant insectoid jumping creature along the way-- something like a tardigrade Appa from Avatar: the Last Airbender-- & the alien Rovender Kitt, self described as "an old creature in a new world." They are forced to flee the creature hunting them, digging in deeper into the world before rescuing Muthr, & a hover-car, & well perhaps I'm getting ahead of myself. I'm a little surprised at how long it took me to realize that this was a book about Oz & not Narnia. It clearly aims at being a modern faerie tale, & it strikes the mark. The illustrations are beautiful-- you'll recall Tony DiTerlizzi appearing on my Visual Influence Map. I was a little sad to see no mention of Dungeons & Dragons in his author bio. Obviously I'm a big old gaming nerd at heart, & I'll always think of him as the quintessential & defining illustrator for Planescape. I quite enjoyed this, but then, I knew I would-- it is written for a slightly older market than the Spiderwick books, which allows DiTerlizzi more room for drama, for consequences, & well-- affords him around 475 pages in length to spool out his story. I mentioned Dungeons & Dragons, & so it shouldn't come as any surprise that DiTerlizzi has ample skills at worldbuilding. Curiouser & curiouser! The "twist" of the book is baldly transparent, but then, it is an engaging twist. Watching Eva Nine move through the stages of revelation is a lot of fun. One last note: the book uses "Augmented Reality" to provide online extras; I'm always curious about this sort of thing, so I checked it out. Sort of fun, but like most extra content, it just isn't there yet. Still, it is neat to see the future creeping up. Almost interactive maps! 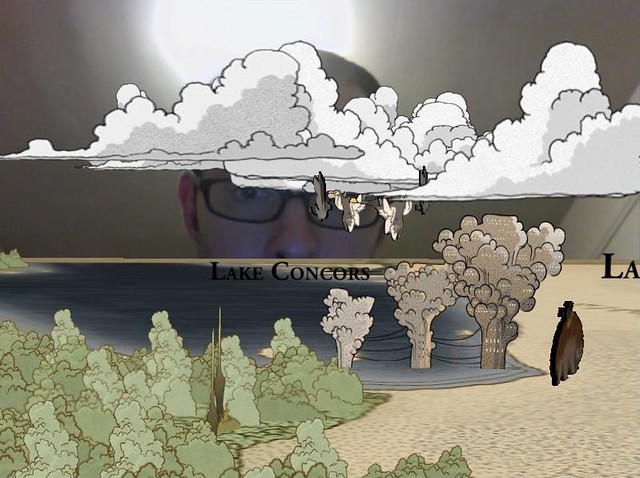