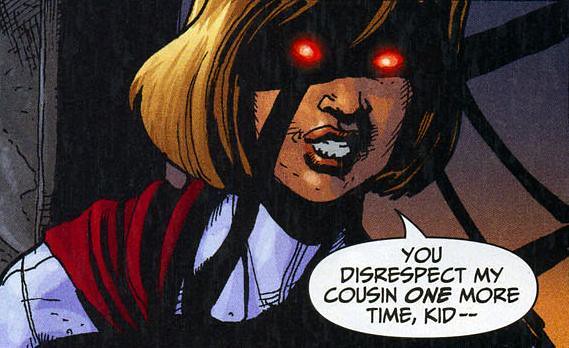 (From Tales of the Sinestro Corps: Superman-Prime, art by Pete Woods.)

Yesterday was an odd little nut, a strange rock in the field I overturned while plowing. Jenny had to be at a neighborhood meeting till midnight (!) so I had the wide black night to myself. I picked up a burrito & reviewed a book & meant to go to the gym...but my stomach hurt! I walked around trying to get the kink out of my guts when Jenny stormed in the door! Like how the witches in A Wrinkle in Time show up! It turns out she was wrong, & had gotten to the meeting only to discover it was next week. Why hadn't I checked my phone? Well, I hadn't is why! There were messages from Jenny &

fordmadoxfraud, all saying the same thing! One, that Jenny is crazy, & two, that Television Night was back on! Sadly, the cable box ate our copy of America's Next Top Model! Crime! Tragedy! Instead we ended up watching one of the lingering episodes from the end of LOST. I will say, everything is proceeding as I have foreseen. My theory has been that in the end either you'll be alive in one universe or you will be alive in the other, but not both. Or you know, neither. I still think them being in Purgatory makes the most sense. It was just a quick little dollop of company! Everyone laughed at me saying "thirty white horses on a red hill..." & "...all in mail, never clinking" were "the most popular riddles these days." Everyone thought that was a real laugh riot.
Collapse