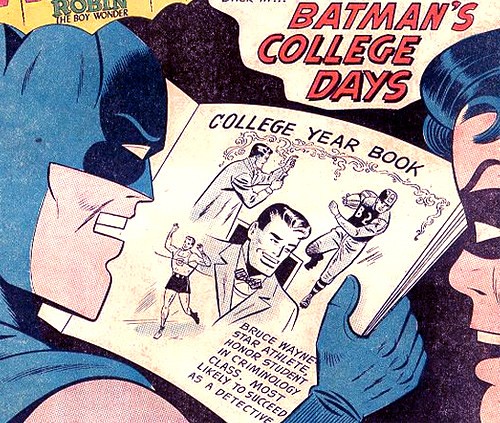 Yesterday actually managed to be relaxing, if sort of mortifying. Mortifying! Oh biochemistry, the tool of treason. We watched Year One, if you can believe it, that Jack Black & Michael Cera caveman movie-- I'm pretty sure Jenny & I are the only ones who have ever seen it. I sort of enjoyed it as a History of the World, Part I pastiche. There were tiny, weird little jokes hidden in it-- like, Eden Riegel playing Lilith, & looking super attractive...& then being a lesbian? So that is an...All My Children based gag? Who is the audience for that besides...me, with my weird AMC obsession in high school? Also, I think Juno Temple, who plays the Cera's love interest who is in the background for the whole movie? She might turn into a little indie starlet, she has some weird sparkle. Oh, don't get me wrong, the movie is terrible! It isn't any good, but if you want something that is Instantly Available on Netflix to put on in the background while you web browse or something? It is fine for that. Jenny just rated it two stars, & I was like "I enjoyed it, even. It wasn't like, good, but it was fine." There are enough odd bits in it to have it sort of floating around while you do something else. Like when Abraham continually talks about cutting people's penises, that is pretty great in a low-brow way.

fordmadoxfraud stopped by yesterday to give us our card table back-- we lent it to them for eight months! Now that we'll be getting the spare room back, we'll need it, since the plan is to convert that room into a game room; we've bought a couch & a projector already. David also dropped off some comics, & I read a few of them last night while drinking seltzer & bitters. Batman 702, "R.I.P. The Missing Chapter," is fine, in that it is Grant Morrison kind of ranting about Batman as an archetypal shaman out of his element, at war with the gods. Seriously though, it just reminds me how befuddled I am at what a disaster Final Crisis was. I like Morrison, I like the New Gods, I like Morrison writing the New Gods! I like Superman singing the universe into being! It was an unreadable mess though, & having Batman use a gun to shoot Darkseid is still an unforgivable offense. Taskmaster 1 (of 4) was actually pretty great. When I saw it, I said to David, "there is a comic about Taskmaster? What? Oh, Van Lente wrote it, that is why you bought it." & yes, Van Lente writes the hell out of it. Taskmaster, if you don't know, is a villain from Marvel who knows everyone's signature fighting style. He can copy Captain America, Spider-Man, Luke Cage, Black Widow...anyhow, the premise of the comic is that in order to make room for all that technical knowledge in his mind, he lost all his memories, so it is a sort of crazy Memento-esque tale. Featuring, you know, Hydra & A.I.M. & cyberninjas & Sons of the Serpent & probably my all-time favorite recent comic creation (bumping "Terminator Ghost Rider from the future" down to number two) "The Black Choppers," which are a grey alien motorcycle gang. Which is the best thing ever, probably. The Avengers 4 is really great, I think-- I don't think David agrees, but I am really liking it. The time travel plot device lets them do plenty of fan service with the Maestro (old Hulk is a huge jerk) & the "Next Avengers" (the kids of the current Avengers). Also, Romita Jr. has a way with art that is really suited to this kind of story. Bendis probably should diversify his dialogue though-- the cliche about every character sounding the same is kind of true.

Supergirl 55 was alright, but also, not alright. First off, Renato Guedes should still be doing this comic, & I'll always be sad he isn't. That being said, Igle et al do a fine job on the art. Bizarro Supergirl is a concept I can get behind. Strike that...Bizarro anything is a concept I can get behind. Where is my Bizarro Krypto?! Anyhow, the story doesn't really come together, but I like Supergirl's bracers, & I wasn't turned off by the comic, I just need a little more from it. Buffy: the Vampire Slayer 36, "Last Gleaming Part One," is utter rubbish. Yep, the "Season Eight" of the Buffy comic has tanked back to the level of quality present in the regular Buffy comics-- which is to say, nonexistant. I get that making them fly & have whacky dimensional adventures is playing with the medium, & the unlimited special effects budget of the pencil & pen, but it fails. & seriously, you gave the franchise to Meltzer for how many issues? I'll never forgive that. The art sucks, the story makes no sense, & it isn't even remotely a Buffy comic...or an Angel comic...or a Spike comic. Even seeing the Master coming back seems trite & stale. Uncanny X-Men 527 is also a wash, despite being written by Fraction & having Frost & Namor on the cover. I like Emma Frost, but I'm over her being a "bitch with secrets," or at least, over that being "shocking." Also, I'm over her not having friends-- I want to see her buddy up with Colossus, I want to see her turn to diamond, him turn to organic steel, & then wade into a hail of bullets, & bond over it (plus, that would play off her antagonism with Kitty in a cool way). Instead, this is a comic where she is a jerk, Namor is a sleaze, & nothing happens at all. Yawn. Then of course, besides I'm a masochist, I read Ultimate Avengers 3 1, by Mark Millar. What a steaming pile of gutpuke. Hey, remember when Luke Cage was in that other Mark Millar written Ultimates comic, & he was like a gross sort of caricature? Well, Blade is the exact same one! Hey, neato! He appears just long enough to be "blaxspoitation-y"-- if you are being charitable. If you aren't, you might say "racially insult-y." Then there is some garbage about a new Daredevil & a vampire Nerd Hulk (?) but lets not get into it. You'll never read it, I hope, so we can just leave it at: barf.

(From Tales of the Sinestro Corps: Superman-Prime, art by Pete Woods.)

Finished up the rest of

fordmadoxfraud's comics, next stop: Sherene & Henry. Lets see-- Invincible 74? Why did David pick up this title after so long? It really doesn't make any sense. It is cute to see that Tech Jacket is in reoccurring character in it these days, but otherwise? Meh, who cares. I've kind of come to hold the opinion that Kirkman's comics are great for the first couple of trade paperback's worth, but then sharply decline in quality; once he's burned through his A-game he drops immediately to C- & D-game. The character of Invincible was great, but would have been better with an end point, or becoming a running commentary on Superman & Spider-Man. Instead it spiraled off on its own tangent. Shadowland 1 has pretty much fulfilled my expectations for mediocrity. Listen "Daredevil becomes the leader of The Hand" is a great pitch, but I don't buy it. Just like I didn't buy "Daredevil becomes the Kingpin of Crime" when that was the reboot. I mean-- I would buy either of those premises, but I doubt editorial commitment to the cause. We'll end up back in reboot la-la land soon enough. Plus, going about this was seems "extreme," as in "EXTREME!" or "EXXXTREME!" or "X-TREME!" It just seems very Comicbook Dark Ages: "Daredevil kills people now! He's DARK!" Seriously? Like I said, I'm down with Daredevil, leader of The Hand, but I don't have any faith in the story. & a story about Daredevil killing criminals that doesn't high-light The Punisher? I guess my point is-- I'd be down with Shadowland, if I had any hope that the story would be good. I don't, at least not yet.

Spider-Girl: The End was very "blah." Spider-Girl is a great concept, set in the nebulous "future that is now." That is, the world is the same as the modern day, but all the regular Marvel heroes are old people, & the next generation has filled the gap. Part of the problem is that DeFalco's other heroes just don't have any cache-- what I want is Mayday Parker folded into the future with the kids of Next Avengers, like the current Avengers story. I also want an old Peter Parker who isn't a punk & a failure-- see also, why Brand New Day makes me barf. For all that, Spider-Girl retains its Bronze Age charm; there are clearly nuggets of gold in here, even if the rest is silt. Superman: Secret Origin 6 is fine with me, in a way that other Secret Origin stories haven't been. I don't care about a Green Lantern soft-reboot, but Superman is great, I'll read about him. Not to mention, it is basically an unabashed love letter to Christopher Reeve. I will say that I'm a much bigger fan of the Superman who has revealed himself to Lois Lane-- that romance is a lot better as a mature relationship than the misogynistic shenanigans of the Silver Age.

David is still buying Brightest Day, & I'm not sure why. It isn't awful, but it isn't good, either. Number 9 at least has events in it, putting it worlds ahead of 1 through 8. The best things I can say about it are visual. I really like the way the "other Green Martian" is drawn; I find it very evocative & a little haunting. It is part orca, part alien, & part "Martian Manhunter," & it all works for me. The same thing with Mera & Siren's costumes, & to a lesser extent Aquaman's. The emphasis on the scales, the sort of wet-suit-y silhouette & the marine accessories make the Atlanteans seem like a good writer could pull them off. The hydromancy helps, too. I really would like to see Aquaman live him to his potential, & I think telepathy & water manipulation are stepping stones on that path. The last comic David gave me was Hit Monkey which I...don't get. I can't tell if it is supposed to be funny or...what is this? Hit Monkey. I'm as big a fan of Julius Schwartz's "monkey on the cover" gimmick, but a miniseries about a monkey with guns doing the bidding of the ghost of an assassin? That is maybe a little too high concept for me. No, wait, I take that back-- I'd buy the concept if the story was any good. Has Daniel Way written anything I like? Dark Wolverine was very, very blah, & Wolverine: Origins was worse.
Collapse