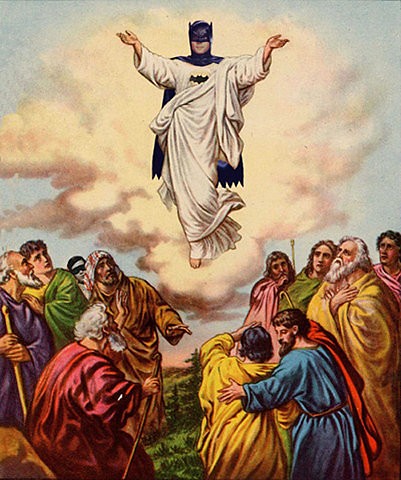 Might makes right. That is the truth of the matter. Which brings up a thing that really gets under my skin-- the concept of inalienable rights, of natural rights. There are only civic rights. Now-- I get the value of pretending there are natural rights-- but anything founded on moralism is ultimately doomed. Nobody endowed you with rights. There isn't a scale of justice in the sky, there is no greybeard tallying your sins & virtues. The concept of fundamental natural rights has a fallacy as its underpinning, & all the propaganda & wanting it to be otherwise won't help in the end, because you can opt out without harm. Cheaters always prosper. The idea that civic rights are negotiable while inalienable rights are universal is the most reasonable end of the argument, & the one you could probably get me on board for-- but you can't couch it in axioms like "self-evident." No, Tommy Jefferson, it isn't self-evident; quite the contrary. I can look around & see the world, & it is a world were might makes right. Where the strong take & keep. I guess it is the Burke in me, in the end.

My point is the opposite of "give up." Might makes right, but what the Industrial Revolution proved is that collectivism is omnipotent. No elite can resist the mob-- but they can appease it or trick it. Which is the phase of history we've entered. The Enlightenment happened & the West realized that there was a path in civics that they'd neglected since Caesar. The East has been negotiating a path through Collectivism since Master Kong thought really hard on how to harness it-- which put the Middle Kingdom in a solid place for a long time. That has been the wave, but even there, maybe even especially there, the elite have figured out how to game the system. Again, which puts us at now. America-- I like it! It is still the Grand Experiment, still the product of Reason.

There are two problems that humans have to deal with. The first is the hardware, the Animal. Running the Sentient Operating System on ape architecture is hard, because the meat just isn't ideal. Or even very good. So many of the failings of the human are just animal, just stupid bits like tribalism & litter blown up to racism & pollution. There are plenty of things that were evolutionary advantages, or weren't evolutionary flaws, but aren't social advantages, are social flaws. & like it or not, humans are trending towards Eusocial. I take that back: humans are eusocial, already. The second problem is the Cheater. There is an element of rational behavior in the Cheater, which is what makes it so insidious. The cheater makes their own gain paramount, knowing it will cost others. Heck, most of the time it costs them in the long term-- which is when the Cheater & the Animal are in cahoots. Working for personal advancement is fine, even noble, but working for selfish reasons at the expense of others is not okay. Not when mutual advantage is an option. We're back to the Prisoner's Dilemma, of course. That is the point of civilization. To prevent defection. To always cooperate.

The solution to the Animal is Ethics. As much as I condemn Morals, the delusion of good & evil; of supernatural absolutes; of innate senses of behavior. Morals are the tool of the Ape-- they can get you somewhere in the world, but then they stop being helpful. Ethics is the way; the codes of conduct, the ways of thinking. The ethical creature can behave according to Reason. The solution to the Cheater is Justice. When the Cheater is found, the Cheater is punished. A large part of the problem with current legal practices is the confusion of the Animal with the Cheater, & the determination of which is worse. "White collar" crimes are under punished, where they should be the most harshly dealt with. The fact that addiction & poverty are treated as criminal is pretty appalling. I'm not saying things shouldn't be dealt with-- just that the foundation is rotten. The union of Ethics & Justice is Law, & Law is the hammer of the collective. Law is the fist of Rights. It is under the banner of Law that you are free. Freedom doesn't exempt you from obligation & duty, it gives them to you. Freedom isn't opting out-- that is Cheating. Freedom is opting in.
Collapse