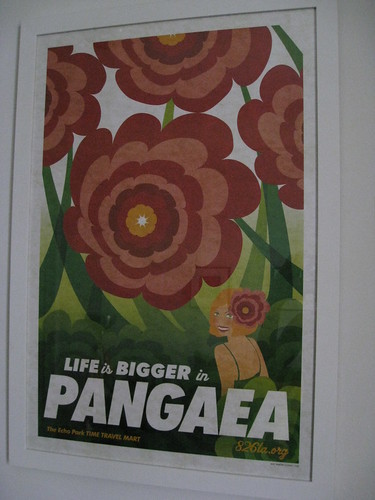 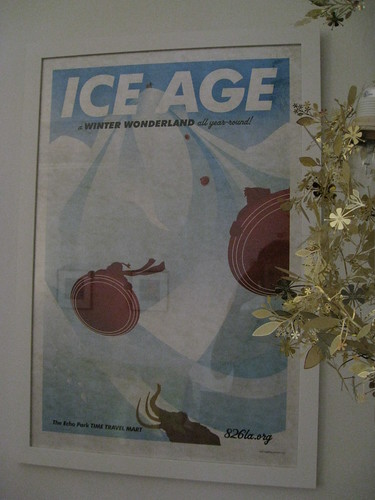 Well, well, lookee here. Jenny got me a present! I forget what they are a presents for; probably our wedding anniversary back in May. Jenny has pretty successfully decoupled gift giving from the date on the calendar. A neat trick! These went up in the bedroom with the clockwork bugs from our last anniversary, & the ExplodingDog prints I got for X-mas. That has been today's project, more or less. I played some My Life as a Darklord, too-- I'm moving along nicely, though Jenny doesn't see how I think it is fun. It is! Strategy. I've also finally started watching season one of Castle. Keir Dullea was in the pilot, which was super strange. He's the actor from 2001: A Space Odyssey, the one who becomes the starchild. Mostly it is odd, since now he's old? & he looks just like the artificially aged version of himself in 2001. I mean, that is very creepy. That aging montage in 2001 is great, & the fact that it was accurate? Or well-done, I guess saying it was well done is more correct than "accurate." Anyhow, hey! I also like first episodes, because the characters are turned all the way up; you only have a snapshot, & you can't take them for granted. That, & I like how all the teaser montages are clips from the first few episodes. Edit: Ha! This episode has Phil's brother in it! Anyhow! That is pretty much all I've done today, besides drink coffee twice. Jenny wanted it, & said that every morning when she asks for coffee I tell her to "do the coffee dance." I don't think that is true. I have no memory of that, honestly. I have no idea what she's talking about, or what I could have meant by "do the coffee dance." So far today we ate Cuban sandwiches & mofongo, & I'm still stuffed full from it. Oh, & I guess we watched an episode of The Daily Show & Tosh.0; if I'm going to keep on top of my media consumption, I might as well stay accurate. Yesterday I had the day off, but mostly I just hid indoors, reading & reviewing DnD books. I did manage to go to the gym though; I'd like to go again today, if the plantains in my belly ever stop expanding. Dinner last night was hot dogs; chilli, cheese & pickles, sauerkraut, & caramelized onions. That just about does it.
Collapse