I was tired & hung-over when I reviewed the first book in this duo, Trickster's Choice, so let me try to give it a better gloss, this time. I think the nearest comparison is to Megan Whalen Turner's Queen's Thief series; both are about ridiculously sneaky characters-- people almost supernatural in their cunning. Both feature a mix of reverence & irreverence for the gods, though the Trickster's... books are much heavier on the supernatural. The real hallmark difference, I suppose, is gender-- Eugenides is a boy, & Aliane is a girl. Functionally, this doesn't mark a radical departure, since both characters are professionally minded & fulfilling the same purpose, but to the reader it can make a world of difference. Tamora Pierce's "thing" is the strong female lead-- not too shabby a gimmick, if you ask me. One reason I like a lot of Young Adult fiction is that there is a great deal more gender equality than there is in adult fiction, both in terms of character & authors. Well-- I say that, but I should confess I'm not looking at any statistics. That is my impression, anyhow. Not that you can tell these Trickster's... books are YA; if they were marketed as adult fantasy fiction, you'd never tell the difference.

This is a different book in tone from the last book, though it is hard to pinpoint how, exactly. The stakes are higher, but less immediate-- there aren't assassins at the gate, or rather, there are, but they are the protagonist's pet assassins. I suppose the core is that while the last book was about Aly as a spy, in her own person, this is about her as a spymaster, directing the efforts of others. Pierce keeps a number of irons in the fire, a number of threads going-- all the while filtering them through Aly. She's juggling the rebellion, she's juggling diplomacy, she's juggling supernatural critters & hot-headed nobles & rival spies & maid duties & well, plenty of other things. It is a mark of Pierce as a writer that the reader never feels swamped; the balancing act holds up. The romantic angle is periodic, but absent for a lot of the book-- for better or for worse, the scene-stealing Nawat isn't present for much of the narrative. You know what, I'll say "for worse." Removing him keeps tension without dragging out the plausibility of the tension, but his alien worldview-- being a shapeshifting crow & all-- made him one of the more compelling characters. Ample comic relief without being silly. The plot of the story snarls, but doesn't feel the need to pull off some kind of "twist" ending-- you can guess what is going to happen next, but you don't feel bad about it, because so can the main character. Your speculation is dealt with by her as she tries to keep all the bases covered. In the end, everything comes out as you might expect, but you don't feel cheated-- you feel rewarded. How did I like it? Quite a bit. I think I might prefer the Queen's Thief, but it is a close call. Tamora Pierce has...not better worldbuilding, but more expansive worldbuilding. Her setting is home to YA novels, Middle Grade novels, a gamut-- I admire that. She's got a deep well to draw from, & an evocative imagination. Where Megan Whalen Turner is minimalist, pared down, Pierces is elaborate & more precisely elaborating-- her details compound upon previous details, spinning out complexities. 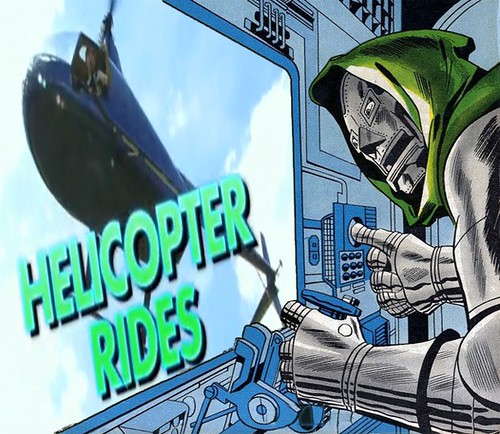 Remember when I was all bummed about Doctor Horrible's Sing-Along Blog? Well, I guess it didn't scar me. Since then-- two years ago!-- I've only grown fonder of Neil Patrick Harris (squee, twins!), Nathan Fillion (squee, Castle dressed like Mal!) & Felicia Day (squee, "Epitaph One" & "...Two" were actually good episodes of Dollhouse!). & you know, still find myself humming some of the songs. So I guess the sting has worn off. I still think Joss Whedon made the wrong call, but I'm willing to say that is a "mistake' or "problematic" rather than condemn it outright. At least, I feel that way now, since we watched the first two parts instantly on Netflix last night during Television Night. Of course, it was the third part that bothered me, so I guess I can't be sure. Television Night got off to a late start! Jenny has been dealing with some bad stuff at work-- stupid Gotham City budget!-- & was pretty drained. We hung out & ate sandwiches & sweets. Custardy sweets; I asked the girl at the bakery what she recommended & she said "everything!" & then I told her, okay, but for real. & then everything I asked her about, she said she didn't like. It was kind of amazing. Anyhow, a late

elladorian was okay with me, because it gave me time to read my book, but frustratingly Maggie arrived just before I finished it. I was tortured by antici...! David is in the middle of his very busy work season, so we all sort of plopped down, opened beers & poured wine, & melted in a puddle. There was chit-chat, which I would have been content to do all night, but the call went out for visual stimulation. We watched a little Eddie Izzard, but switched it. We watched a little Stella, but were bored by it. Then the aforementioned super villain musical. When it was time to close up shop, David was too tired to change out of his pajamas (remember, pajamas are mandatory at TV Night) so he just wore them home, poor little lamb. ...pation. They left & I tumbled behind them into bed; I've been really tired lately, myself. There is a shadow clinging to us! I had dreams-- dreams I remembered when I woke up but have evaporated. Bad things afoot at the Circle K. Then today! I got sushi lunch at Azuki with newfriend Cherise. I've been lunched up this week! I talked to Tracey about her manuscript yesterday, finally. I've sat on that for months. Then before that I went to Ippudo with Tom for salty ramen. Power lunching is the name of the game. Tonight the name of the game is Jenny. I'm making her my priority. Time to put operation Nice Husband into effect.
Collapse