The Stormwing crouched down
steel feathers & bloody hands:
gnashed its teeth at her.

Jenny had enthusiastically recommended this; she read it on her e-reader & then went on to buy it, & the sequel, in hard copy. So first off, that happens, huh? Trickster's Choice is the tale of a young noblewoman who becomes a slave & eventually a spymaster. She's helped along the way by a trickster god & a shapeshifting crow. Having said that, you really miss out on the scope & breadth of the story with a short little plot summary like that. Much more germane is Alianne, the character. Tamora Pierce is known for her strong female protagonists, but I've never read her work until now; & now, I agree. She, like Cherie Priest, writes strong characters of varying ethnicities & gender, without any convenient loopholes. The world of Tamora Pierce's creation (& focus of her many different novels) is one where racism & sexism exist, which makes the characters rebelling against that have some bite to it, some teeth. Alianne, the white (sorry, luarin) slave, works with the young noble daughters of a family, themselves of mixed race (half rakka). Those daughters, Dovesary & Saraiyu, get attention, depth, faceting. It isn't just a super-competent main character; it runs the gamut. If excellence is your thing, though-- this is definitely an exercise in "competence porn." The characters are great, & great at things. Easily the most memorable part of the supporting cast is Nawat Crow-- a crow who becomes a boy. His general sort of innocent sociopathic behavior is really charming. It is also very helpful for the reader to have a character on their side, in terms of plot twists. Every reader with a head for plit can see trouble coming from a certain quarter a mile away; the human characters have to play along with the story & not narratively "cheat." & it isn't that Nawat breaks the fourth wall...he's just got common sense & a mean streak. 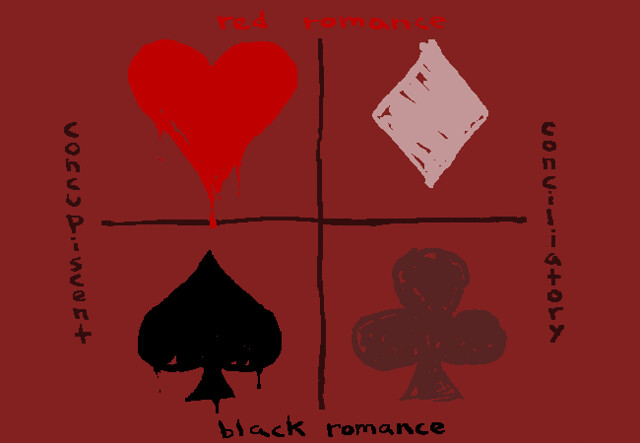 Not a lot of time to get into it, but ain't that always the way? Ended up the week at work early & came on home to hit the gym. I'd gone Thor's day, too; two nice work-outs in a row made me feel better about the general state of affairs. 'course, I didn't go yesterday or today, but like the bluebird said to Billy Pilgrim, poo-tee-weet? Freyja's day was supposed to be all about laundry, but Jenny ended up having a last minute secret cabal meeting, so I stayed home & read, instead. Moving the laundry up to Saturn's day morning! I had a rough time of it; I tripped & fell & sprained my ankle. Head over heels! The cart caught one of the metal lips of the street ramps, & I went sprawling over it. A guy on a bike said "you okay, papi?" & I was! Then I broke a nail! Or bent it anyway, my keratin is too flexible to break. With all that finally sorted up & out of the way, it was off to meet up with

kingtycoon! Surprise, suckers! We went up to the same nook where we had Jenny's birthday & had ourselves a wee little picinick. I had a zucchini sandwich! & I bought more of that black-rinded cow's milk cheese (Pyrenees?) that I like. Our sojourn in the fields segued into coming back to my apartment for a short spell. We said hello to Jenny & all that, eased our wiles. Then it was time for Maggie to go to work, & so we stopped off at Bar Reis to hang out with Victoria & her boyfriend Conner. Conner was going to give $100 to Kingtycoon to buy a plot of land in Cleveland & then decided giving a hundred dollars to a stranger who lives in another state was probably a silly idea.

From there-- oh migratory we!-- we nomaded to David's apartment to play Arkham Horror. I don't think I like it? It is full of complexities, & I've found myself on the other side of that debate. Like, I'm a reductionist, a simplifier, a casual gamer. Even in my roleplaying, I look at some of the things that are available & I just can't bring myself to care. Random & widgets, I mean-- I get how it might be appealing. But without Kingtycoon to shepherd us through it, that would have been meaningless. "Triangle phase! Mythos phase! Location phase; now adjust your sliders! Roll for madness!" I just see ways it could have been streamlined & then check myself because I realize that isn't the point at all. Still; the big "Old One" cards are fun-- figuring out what eldritch doom is coming is half the fun, I think. We only got about a third of the way through the game, but we were loosing. I didn't do so well myself; I was kind of ruined! I kept getting killed. I needed more Fight & less Lore. David made dinner; fried eggplant & tomato over wheat pasta. It was good, he was a gentleman that fed me two meals. We threw in the towel & went to go see Maggie at her new job at Brooklyn Farmacy! She's a soda jerk. I had a sundae with pretzels & caramel called "The Sunday of Broken Dreams." Yeah, that is my speed, just about. Then anyhow, I came home. It was late, past my bed-time! I think I got home at eleven, which isn't too late, but I was tired. & anyhow, work up at six in the morning regardless. Tonight is another late night, with the Protomen concert, but first I'm going to go see Scott Pilgrim Versus the World.
Collapse