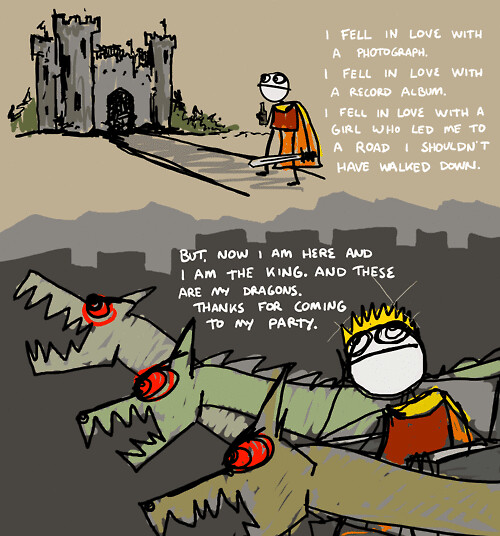 Golly, I don't know. Nothing? Always nothing, the ice nihil you can look on, the comforting black. Feeling busy but for no good reason! Yesterday, Television Night. Maggie & then

fatbutts & Archie. We ate...hamburger & sausage ragout. With cabbage & corn & basil & cherry tomatoes & onion, all from the CSA. In fact I just ate some cold leftovers for dinner. We ate that, watched, whatever, The Daily Show. I beat the last of the three bonus levels from Mega Man 10, & got the secret weapons, which are boring. All that before company. When they all got here & wine had been divvied out, we...called the gas company! There was a weird smell. Maybe it was freon, from the old fridge? The guys from the energy provider were pretty funny; Jenny called them Keyspan Kops. Anyhow, they told us we wouldn't die or anything, & so then we watched the rest of Jekyll, which was fun. Lots of prancing; you know how I like prancing. Then...that was that. What about now? I don't care about now, I guess I'm fussy. There were plans to go to Beer Table with many co-workers, but there were allergies & antibiotics & exhaustion & so eventually there were no more plans. I should have gone to the gym, but I ended up in a web of silk. Struggle! To no avail. There is no television to watch, there aren't video games to play. Maybe I'll read. Maybe I'll poke a robolion with a stick. Maybe I'll just eat worms. With any luck I'll turn in early for bed, but knowing the way things go I'll probably be a lump under a tombstone, tossing & turning.
Collapse