Tales of Terror from the Black Ship by Chris Priestley & David Roberts.

The crab scuttled in,
hiding in his warm, new home.
The sailor's ribs itched.

Well this was a very pleasant surprise, & no mistake. I'd finished my previous book on the train to work & needed to grab something from my stash to tide my over till I started another more sizable project. I grabbed this, which had been lurking in my "looks interesting..." pile for some time. I was a little trepidatious that this would be something more in the Series of Unfortunate Events vein, which I haven't read but have been cautioned against, as some feel the themes of that series would put me off. Brief aside though, Emily Browning was astonishingly pretty in that film, & I really look forward to her in Suckerpunch; alright, enough of that diversion, back on topic. Rather than a sort of vaguely Victorian aura of menace around children, this was rather a much more genuine article. Much more Scary Stories to Tell in the Dark or In a Dark, Dark Room. Since "The Green Ribbon" featured in my wedding, you might note that I have a sentimental fondness for haunted tales for youths. These are not watered down, these are defanged. These are the real deal, the free-range children sort of ghost stories. The frame sequence is slightly meta-fictional, in that it interplays with the text on a few occasions, but it isn't intrusive but rather one of those treats that leaves you fulfilled. So yes. This. I'd read this, & doubly so if I had young larvae I wished to rattle.

heatherica I'm looking at you particularly. This is a series-- there is one of general spookiness that came before, & another that is subterranean & cthonic tales (if that isn't redundant & I'm not repeating myself). This one is, as you might imagine, possessed of a nautical theme. Besides that, the art has a tinge of whimsy that, when I realized I would finish this book on the train as well, let me onward to my next splash of reading...

The Glorious Nosebleed by Edward Gorey.

M is for Malice,
& is rather like Alice;
best snicker-snacking.

...a slew of Edward Gorey. Being primarily visual, his books are more a pairing of clever wordplay & suggestive line art, & just a real pleasure. If they served hors d'oeuvres at the Haunted Mansion, or had a coffee table book at the House on the Hill; well, they'd be done by Gorey. You can see his love of fashion & costumes really popping in the sorts of Gorey books that Glorious Nosebleed is; like the Gashlycrumb Tinies you lurk through the alphabet following along misadventures & what have you. This is purest Gorey, or at least what I think of as Edwardian-as-in-Edward-Gorey; Literary Nonsense at its most pure. This is the sort of thing I associate with him, much as Jabberwocky's sing-song rhyme with Lewis Carrol.

The West Wing by Edward Gorey.

The Black Telephone:
The Gothic Nuclear Codes!
"Raven" has landed.

West Wing is a short story about the Goth President & the Goth Secretary of State trying to come to an important treaty with the Punk delegation. No? No, it isn't that at all. It is a wordless series of pictures, a portfolio of drawings, a gallery of rooms. Each picture presents a view of a location, a mansion presumably, or rather a wing therein. Each is also every so slightly akilter, or well-- some are rather more off of the norm than others. Faint reflections in mirrors give way to poltergeists & haunted candles; abandoned shows cede to mummies & dead bodies. Not to be left out are the shadows, the cracks in the floor, the stains, the odd patterns in the rugs, the vases blending into the wall paper.

Etiquette must reign;
prepare for the occasion
with hammer & quip.

This one I was a little wary of; for some reason I had it in mind that this would be a series of...well, of tasteless rape jokes. I mean, I sort of knew better, but that was a sad background assumption. Rape culture; it wrecks everything. I'm happy to report it isn't anything of the sort, & the axiom of the "advice" takes the deflowering in stride. It was actually fairly charming, & worth paying attention to. The characters are all adults-- you see the fur coats of Gorey's fancy cropping up again-- & there are more than enough flapper haircuts & high hemlines to tickle my fancy. Go go gadget Gorey! 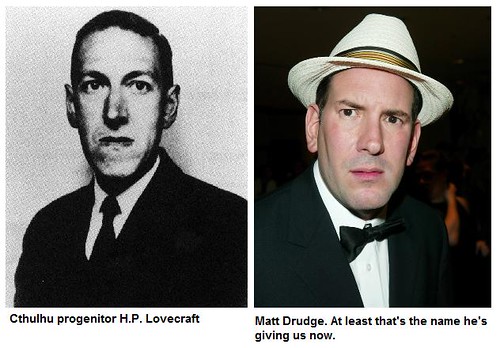 Oh okay, if you say so, body. Skipping the gym today. Well; I would go, but I just made plans & to rush to the gym would be a squeeze. I'll make up for it tomorrow, though. Anyhow, this week was pretty pulse pounding? No wait, what is the opposite of that? Soul crushing. Just lots of work at work; not a complaint really, it has just been a crush of weeks. Spent a week catching up from vacation, then spent a week juggling my regular stuff with book launch season with preparations for a big conference...which is next week. After that, seasonal presales! So yeah, just clicking away at the old keyboard with nary a moment for ye olde internete. Powered through a bunch of last minute stuff (derailed by an impromptu birthday celebration the day before) by resorting to fake Daft Punk Tr2n songs. Here I am though, baby, daddy's home. Well, what else have I been doing? You know I don't really lend credence to the old chestnut of "busy people." Come on, everybody is busy. Well, some people are un-busy, & some people have six months of work & six months off, but whatever, everyone is busy, you just chose your priorities. Mine are pretty low key, because responding to misanthropy with seclusion is a fine way to be! I mean seclusion for me; I'm a social butterfly, so anytime I retreat to the center of my web is exceptional.

fordmadoxfraud dropped a load off & I tore through them. Grant Morrison is really king of comics, these day. Oh, I think Bendis & Fraction are doing fine, but Mister Morrison's Batman titles are just incredibly solid. Happily passed those on to Sherene & dug into what I thought might be more kid-friendly fare for Brian's son. I'm happy to report that Prince of Power continues to rule incredibly hard, including making me "laugh out loud" on the train. There is a fight scene with Sehkmet that ends with her drunk & speaking in Lolcat. I like it because I can feel the "because fuck it, that's why" part of it. I can feel Pak & Van Lente going "Haha what if? You know what, yes. Yes. YES." In other news, David keeps buying Dark Wolverine so I keep reading them, despite the fact that they are boring as crap. At least Daken is gay, or legitimately bi; otherwise the storylines would be a little insulting-- still, the whole "I'm going to reverse-seduce this thief!" story was super yawn inducing. The "Girl's Comics" issue was...fine? Whatever. I care about feminism in comics but "stunts" are not the way to get my attention. How about just putting some more female writers to work without further ado?

Gosh, what else. Hung out with Jenny last night, since we haven't had as much of a chance to just melt together as either of us would like. We watched Tosh.0, which, whatever. Are a corn & cucumber & tomato salad Jenny made, along with grilled hot dogs, & then watched Chloe. That...is not a good movie. Seriously, just when you think the moral of the story is "Women be trippin'!" you find out that the moral of the story is that plus "Lesbians are way crazy murderers!" Really, for a film whose main cache of interest was seeing Amanda Seyfried have sex with Julianne Moore there was...well, there was basically an hour more movie than there needed to be, & it was only an hour & a half long. Amanda Seyfried is a hot alien, this is true; I like her. She isn't enough to save this movie; even if Julianne Moore & Liam Neeson were better (better what? cast? acted? I don't blame them) it wouldn't have been any good. Jenny said that is should have been European; if it was just a movie where various people sleep with each other, finding out their own voyeuristic tendencies & cuckolding fantasies or something? At least that would have been a movie. The tacked-on "stalker" end, the recapitulation of some sort of Single White Female with a case of Fatal Attraction-- it just was insulting. Dumb & not hot enough to be worth watching for that reason alone. Meaning, if that was your only reason of planning on seeing this film, skip it. Actually, no matter what your reason was, skip it.
Collapse