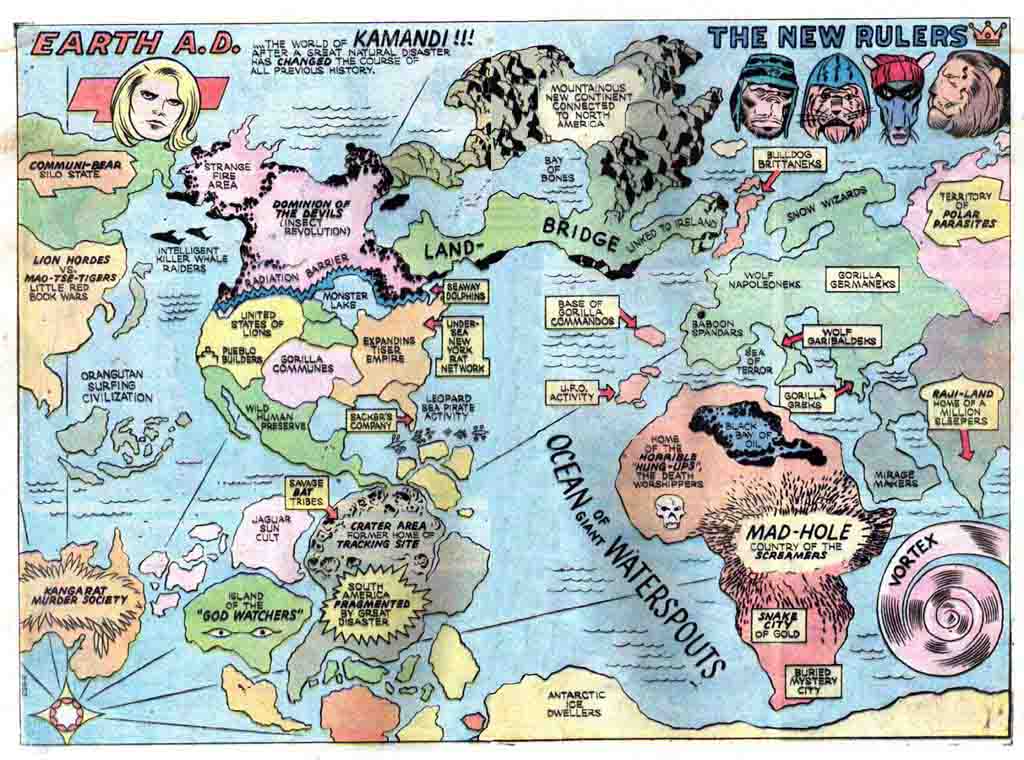 In the spirit of World of Darkness: Mirrors, I thought I'd take a second to actually write down some of the house rules I run my Oubliette campaign with.

Characters in combat are relatively fragile-- with six to ten health boxes, a single turn of combat can turn lethal. On the other hand, healing times are exceptionally quick, with even the worst beating going away in a matter of hours & a near-fatal gunfight being right as rain after a week of bed rest. These two conflicting poles can be reconciled by upgrading damage. When a player takes more than three points of damage from any single attack, the Storyteller can decide (or the Player can request) to upgrade the damage-- three points of any one type can be traded up to a single point of the next higher level. That is, three points of a bashing attack can be taken as a single point of lethal or three points of lethal can be traded in for a point of aggravated damage. The new damage is marked as normal, starting at the left of the health boxes & any remaining damage from the initial attack is also recorded. This allows savage blunt trauma to leave marks for much longer & for stabbings & gunshot wounds to have much more realistic post-battle consequences, requiring hospital stays & intensive care. It also allows Players to stay in a fight for longer, as they won't be knocked out as quickly, which can make battles more dramatic.

Blondie raised the broken chair leg, bringing it smashing down onto Gillick's head; she rolls her pool of 7 dice (Strength 3 + Melee 3 + 2 weapon bonus -1 for an improvised weapon). She comes up with 5 successes, dealing 5 points of bashing damage. This is the surprise round, & the Storyteller doesn't want Gillick out of the fight so quickly & thinks this is a good opportunity to display the brutality & horror of violence. Thus, the Storyteller upgrades the damage, telling Gillick's Player that he takes 1 point of lethal damage & 2 points of bashing. "The make-shift club hits his head with a sickening crack, as you feel the skull fracture. The farces & puppet shows had prepared you for a dull thump & a harmless pratfall; instead, Gillick reels, blood welling up & then pouring out of the gash in his scalp-- & you think you see bone!"

Some creatures or devices in Oubliette are beyond the outrageous of slings & arrows. A crawling reptilian kaiju from the depths of the ocean isn't fazed by human fists any more than a massive mechanical juggernaut the size of a skyscraper is slowed by pitchforks & scythes. That is to say, even the fiercest strike is unlikely to have any noticeable effect on a force of nature, but sometimes the massive threats of Oubliette will stop to swat a fly. Scaling damage is simple; just adjust damage from one type down to the next lower kind, with bashing disappearing entirely. If a creature scales damage down, bashing damage is ignored, & lethal damage becomes bashing damage, which aggravated damage becomes lethal. Some creatures could be so nearly invulnerable that even lethal damage is ignored, & any aggravated damage is downgraded to bashing. These terrors must be stopped through story elements & action rather than any plausible Player combat.

The steam-driven tank rattled down the city street, spiked wheels digging into the cobblestones. Rioters against the Vizier's alliance with their ancient enemies filled the streets, throwing rocks at the tank & hitting it with sticks. The Storyteller ignores all these attacks, knowing that the tank is impermeable to such minor ills. One of the Players has a character hiding in an alley, & as the tank rumbles past belching black smoke, her character jumps out with her tomahawk & cleaves into it. She rolls her dice pool of 9 (Strength 3 + Melee 4 + 2 weapon bonus), rolling 3 successes, which the Storyteller records as 3 bashing (out of the 20 boxes of lethal the tank has). "Your axe bites into the brass, cutting a divot, but the massive tank rolls on."

The rules for tactical speed allow the use of miniatures & maps, & are very simple. When calculating a character's speed, record the human species factor as zero, & adjust any other races or creature's speed factor accordingly. In essence, this means that most human character's movement speed will be their Strength + Dexterity, plus any other bonuses such as the Fleet of Foot Merit. Each point of speed is one square or hex that the character can move. Characters, as usual, can move & perform an action, or move twice. For other creature's species factor for movement, subtract five. In situations where this results in no speed, such as a turtle with a species speed factor of -4, assume that in a tactical situation the players can move around it more or less with impunity.

Beetle is surrounded by a pack of hungry wolves, & is 15 squares from the safety of the walled fort, whose doors are being held open for him. The wolves howl ominously, chilling his blood, & he glances at the steel bars, raised & tantalizing, wondering if he can sprint & make it. His tactical speed is 6 (Strength 2 + Dexterity 4). A quick success on a Intelligence + Survival check tells him that the wolves speed is 9 (Strength 3 + Dexterity 3 + 3 species factor). Even if he springs all out, the wolves will overtake him, so he draws his flintlock pistols & prepares to move & fight his way to the gate...
Collapse