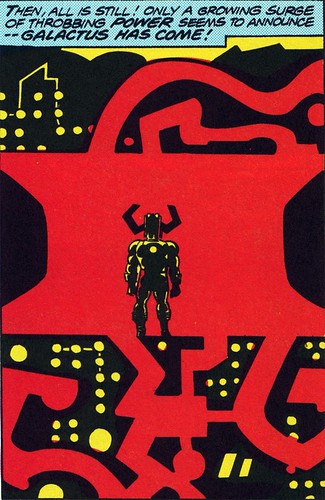 A few forgotten factoids about the other day: dinner took us four & a half hours to eat, for one thing. Like, we rolled in at six thirty & we rolled out at eleven. Also, Storm King was inspired by an artist's thinking that this big farm that was for sale would me a great place to do an art project he'd had in mind for a while: a giant pat of butter melting down a hill. Oh conceptual art! He never got to do it though; frustrated ambitions, poor guy. Anyhow, down to yesterday. I was planning on being in gentle recovery all day; not so much because I was a mess as because I wanted to readjust to my surroundings, see what we have on the DVR, play some video games. Relax after all that vacation! So much for my plan though. I got us hamburgers for lunch, & we watched Leverage; an episode where Parker gets jealous & uncomfortable trying to talk about her feelings! Oh man, major crush. Then just as I was getting comfy Jenny was getting antsy! Her solution: go to a bar in the middle of the day. I can't argue with her logic: bars are where they keep the alcohol. Oh Mickey what a pity! We brought books to read, because when we party, we party hard. I was going to work on my campaign setting, oh yeah. We are off the chain. Instead, we found Victoria behind the counter at Bar Reis, & spent the next couple hours chatting her up. Wait, does "chatting her up" strictly have sexy connotations? We were just chatting with her. I had a martini & some beer, yikes.

Then dinner was...a different bar, for a different hamburger! The Double Windsor, which I am still making up my mind about. I like that it is an "everybody" bar-- working stiffs, office joes, hipsters & washouts, whatever. Wastoids, droogs, sportos, motorheads, dweebies, bloods. That just means that the crowd is catch as catch can, though; sometimes it is pretty awful, but in the middle of the day on Saturn's day, it was a-okay. There were an alien girl there-- you know, a cute looking girl that is sort of awkward in that glorious way-- & Jenny was like "did you see that alien girl?" Uh yeah I did, she was super hot. Also there were a couple of fun kids clambering all over their dads at the table next to us. I don't get people who think kids shouldn't be in bars; since we live in Jurassic Park Slope, that topic comes up often enough. I don't expect parents to stop being people, & I don't expect people to fall over from binge drinking by default, & I don't think alcohol is a weird sin-- I'm not puritanical or titillated by puritanism. Take your kids to a bar & teach them to have a healthy relationship to alcohol. If your kids are screaming or crying or stink, take them outside; the same thing goes for your adult friends-- if they are drunk, crying, screaming, take them outside. See how easy that was? I had a burger & the hush puppies, & the hush puppies were dang good. Comparable to the ones at Mike's Place, though without a replica X-wing out front.

The double burger day done, bellies full of booze, we came home & watched Transformers: The Revenge of the Fallen. Honestly, I was braced for it to be really awful, so I kind of enjoyed it. I mean, I had such low expectations that anything even slightly entertaining was taken in the spirit it was offered. I mean, it wasn't as bad as G.I. Joe: The Rise of Cobra or anything, but it wasn't good either. It was also like two & a half hours long, which is about an hour too long. I'm pretty baffled by it, actually: the plot is like "hey, you know what I liked? The Star Wars prequels. We should do something like that." Uh, I don't care about The Fallen-- that plotline was totally unnecessary. He didn't even transform? Like-- I wanted to cut it slack by using the cartoon rubric: a new thing thrown in for no good reason is just so they can sell a new toy. Right? That is in the spirit of the source material. Optimus Prime & Jetfire merge together for no reason? Sure, of course they do, that sounds like a rad toy. I tried to explain to Jenny why Jetfire is awesome; they just licensed the Robotech toys! He's a Veritech! Still-- what you've heard about the movie's total lack of sophistication & forays into being offensive are true. The "twins" are robots in blackface, which sounds ridiculous...because it is. Don't worry though, guys, even though they are super racially offensive, they also have plenty of time to call people "gay" & be generally homophobic. As for girls: Mikaela is fine? She, along with Sam's mom, are the only female characters. Oh, there is an evil sex bot; you know how girls are. Objects that will try to trick you with sex! Also there is a pink Autobot with a girl's voice; you get to hear it once before they unceremoniously blow her up. Guys, you are doing your tokenism pretty poorly. I will say that Soundwave looked awesome. Anyhow, yeah, you can skip it, but if you have your heart set on watching it, it ain't all bad. Optimus Prime is still a truck that transforms into a robot to fight some dudes. That is worth something.
Collapse