My most recently read Culture novel; super rewarding but also a deeply imperfect novel. As

fordmadoxfraud summarizes in his review, this is the story of The Culture versus the Monolith from 2001: A Space Odyssey. Now, anyone who knows me better than a little knows that I've canonized 2001-- I don't think there is a greater work of cinema fiction, & the tapes of the moon landing are the only piece of non-fiction film that surpasses it. The Culture of course are the post-scarcity hedonistic answer to utopian science-fiction: The Culture is utopian but the universe isn't some peaceful place of hugs & puppies. The balance between the nihilistic facts of the universe & the extraordinary resources of The Culture are usually two of the legs on a Culture novels tripod; the third varying, usually related to contact with another species, a barbarian species that The Culture is trying to uplift. I say "contact" but probably should say "Contact"-- Contact being the branch of The Culture with the most cache, along with their dirty works division, Special Circumstances. Excession is a story of contact, but between The Culture & something more advanced, what they call an Out Of Context Problem-- like Cortez showing up on the Aztec's doorstep. The sort of thing that might just mean the end of your civilization.

I mentioned that I had problems with this book, so let me get them out of the way, with the caveat that I still stayed up late last night finishing this-- it is a very compelling read. The biggest mis-step this book makes is in humanizing The Minds. See, The Culture is ran by these sort of all-powerful synthetic intelligences, called Minds. Humans designed a super-smart AI they could barely understand, which designed a super-smart AI it could barely understand, ad infinitum. The Minds are, for all intents & purposes, gods...which is why anthropomorphizing them is such a failure. First & foremost, there is a sort of "email" vibe in the Mind-to-Mind communications; the book was published in 1996, & it really seems dated. Secondly, well-- The Minds are characters. Which just doesn't work. I'm sorry but an essentially unlimited intellect should have probably put contingency plans in place for something like this, or shouldn't be as doubtful or-- well, if The Minds were people I'd say they were acting fine, but The Minds aren't people. Do you take my meaning? It doesn't work to portray them that way. That being said, on the topic of characters, I think the Elencher drone Sisela Ytheleus 1/2 is my favorite character from any of the Culture novels. Its cleverness in the face of annihilation & oblivion, time after time, is super heroic & compelling; I was shouting advice to the book as I read its bits. "Dump the biological core into the anti-matter! Do it!" That sort of thing. & for all that I criticize The Minds, I did like Sleeper Service, who actually had acted the most "Mind-like;" for that matter Grey Matter's super creepy mind-control & torture fetish was...well, super creepy; & heck while I'm handing out merit badges, Killing Time being so aware of its atavism as a warship was a nice touch. It isn't the personalities of The Minds I object to, but rather their level of operation-- they behave like humans or 1:1 drones, you know? 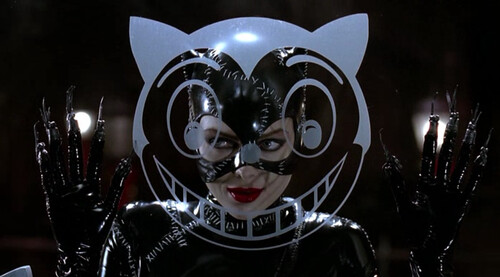 Last night was fun; I managed to get two or three evenings in, all packed into one! Work ended with a little bit of a going away party for Julia; I was sort of swamped with projects, though. I'm being trained on some new paper trail at work, which is fine, except I postponed all my other electronic labor till yesterday, only to find that I had a new thing to do. Which, okay! I am mostly caught up. Matt & I skipped out of the office a little bit early to meet up with Kat & walk down to the village for her birthday party, which was a nice time. We had reservations in the backyard of Lunasa, which I told Matt I would have spelt with a "gh," totally forgetting that I should end it with a "dh." Oh, island people! Also: I apparently imagined "DARK LORD OF THE SITH" appearing in the Star Wars crawl? I must have, because it isn't there, but I was convinced that it was. Wrong, minus ten points Slytherin. There were a load of people at Kat's birthday bash, who I won't try to keep track of here; the usual crew, the usual ulterior crowd, the specials, the work cadre-- there were cliques & swirls & it was nice to see everybody, but I bailed before too long. Jenny had meant to come, but instead she stayed home with a headache-- a legitimate excuse, but sad. Lunasa is a fine location, but the beers on draught are boring as heck; where are the microbrews, where are the non-domestics? No, Heineken doesn't count! I went home & ate some sausage & kohlrabi & who knows what else mixed with goat cheese; Jenny was watching a movie about Tolstoy? I don't know what she gets up to when I'm not around! When she finished we watched Tosh.0 together, & he displayed the Tosh we like; the guy who might tease you a little but it ultimately rooting for you. That guy is vastly superior to the other Tosh. We went on to wolf down an episode of The Daily Show & then went to bed; or well, I stayed up for a little while finishing my book. Right before bed though, we exchanged gifts; Jenny just got me something to be nice, while I was giving her part one of her birthday present: she got me an Appa & Momo Happy Meal toy, & I got her a little Aang keyring from Etsy. They are super adorable, all of it. In the morning, I woke up bright & early, long before my alarm went off, & had time to fool around in the apartment before getting ready for work; you know, check stuff out online & read comic books. It occurs to me now that a lot of the stuff I talked about wanting for Wonder Woman is sort of what Greg Pak is doing for Marvel comics with his run on Hercules & his development of the excellent Amadeus Cho. I could do worse for finding similarities!
Collapse