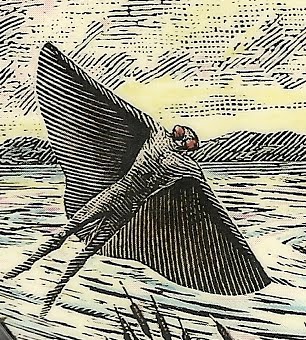 I took my antihistamines this morning, why won't they kick in already? I'm sniffling over here non-stop. Really aggravating. & last night we were all talking about hookworms fighting allergies. Well, I'm on-board with intestinal flora but at some point I'm not so sure I'm down with intestinal fauna. Wait, I just wrote that & thought "what about facehuggers & chestbursters?" & I had to recant. I'll be a Trill, but I am not sure I want fifty vampworms drinking my gutblood. Is what I am telling you. So running down the evening; I got home, ate half of Jenny's leftover Bierkraft sandwich & hit the gym. I usually start with cardio, do machines, go back to cardio, & then do weights; sometimes I mix it up, like last night. I generally do the bulk of my free weights stuff with the 70 lbs. bar: curls & presses & lifts-- or whatever they are called. I do tricep curls with the 60 lbs. though, since I hurt my wrist one time. Doing weights first is a weird experience; you leave the building feeling different. Anyhow, I came home & filled the caloric gap with beer! Beer & a little breakfast sandwich; super-free range eggs, some-pig quality sausage, some fresh plucked sage all on handmade sourdough bread. Go team CSA! Then everybody rolled in for TV Night; everybody meaning

elladorian, the club's co-founding members. We really only had time to watch one show, so it was LOST! We're still way behind, like seven episodes in the whole-- this episode was "Everybody Loves Hugo," which was fine; the event that happens to Ilana being the highlight for sure. Such a great call back. & I think it was Maggie who mentioned that Michael Emerson is married to the actress who plays Arlene on True Blood, which is perfect & boggling. We drank some beer & then sent David & Maggie off on their way, all without Maggie forgetting anything! It was a near miss, though. Then once they were gone Jenny & I went to bed. The weather was so nice yesterday that we slept with the fan on & I didn't complain even a little. Which brings us to today. I've got a huge glut of work to do, electronically, & lots of errands too, but it is all because I took a scythe to one of my big projects & finished it all up, every last drop. So I'm not sweating it. & today I'm wearing my elf shoes; it was a bit of a production leaving the apartment this morning though; I couldn't get my shoes laced, banged my elbow, all around stumble-mess. Tonight is Kat's birthday, too; I think we're going to d.b.a., so maybe I'll put some fancy beer inside of me. Drink up, me hearty bellywrigglers!

I have been giving some more thought to Wonder Woman, since the discussion continues to rage. I mentioned that I think the DCU's idea of the Trinity should be a matter of Rock, Paper, Scissors, but there are lots more things that Wonder Woman can do to set her apart. For one thing-- as the duly appointed champion & representative of the Amazons, I think Wonder Woman should be killing people. Not "crooks," or thugs; I don't think she should be the Punisher or anything. I just think-- well, look at when she killed Max Lord for instance. In extraordinary situations where deadly force is necessary, I think she should be the one to do it. "The only way to stop Doomsday was with a magic golden arrow shot by an invisible bow. I put an arrow through his eye, & I put him down. It had to be done." That sort of thing; then she should absolutely be tried by the Hague or whatever & fully vindicated. I think she is a warrior; she doesn't use excessive force because she's a hero, but when the question is kill or be killed, I think-- whammo. She puts them down. If Batman's motto is "criminals are a cowardly & superstitious lot" (along with the new "Batman & Robin will never die!") & Superman's motto is "Truth, Justice & the American Way" (along with the new "There's always a way." Thanks Grant!) then I think Wonder Woman's motto should be something like "Whatever it takes" or "the most good for all." She should be the grey, complicated character; between Superman's lilly white & Batman's dark knight. This isn't anything new; various writers have clearly felt this way, but I want it to be embraced. I want it to be the standard, the icon.

While I'm hip-deep in wishful thinking, I can't help but dwell on her connection to the Olympian gods, & how I'd play that. Tricky. Lately I've been thinking-- well, okay. The New Gods appear in the wake of a smashed Bifrost Bridge, right? Why not just...keep stretching that? Make Themyscria the last refuge of the Old Gods. Sure, many of them are dead, but there are still remnants, avatars, projections-- what have you-- lingering in the pocket dimension of Themyscria. I mean-- & I still think making her invisible jet-- the Wonder Dome-- should absolutely be her artificial intelligence sidekick. & why not carry that on? Make the Amazons part of some protoculture of advanced magi-tech society? It lets you bring some interesting angles on-- the Purple Death Ray or whatever that is, plus hey, rainbows? I figure rainbows are the Old God equivalent of Boom Tubes. I admit that I like a "rejiggered" pantheon-- one of the most interesting things about the new Wonder Woman comics is positioning Athena as the new Queen of Olympus. I totally agree with that, I really like it. I think Wonder Woman should have a mish-mash of deities sitting in hiding in an alternate dimension, an island in the stream. Athena as Queen & I guess Ares has to be in there as war, but put in Norse, Hawaiian, Aztec, whatever. You don't have to pin it down in advance. I like the idea that, if the Durlans come to invade Earth or something, Wonder Woman will show up on the front lines with Medusa's head in one hand, turning folks to stone; if energy beings possess people she should use Shiva's Trishula to destroy their aspect in the spiritual world. That sort of thing. Just mix it all up; myth & magic, tech & wonder. Same difference!
Collapse