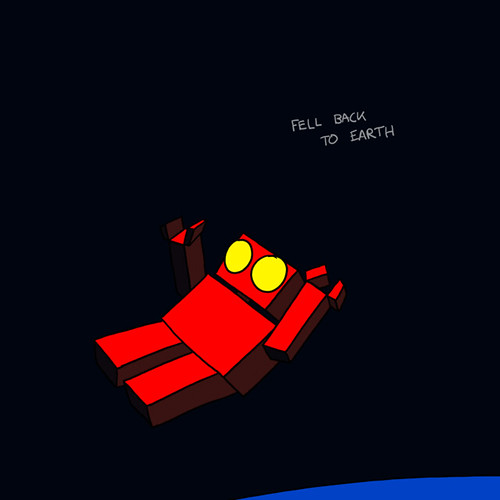 Finally the weekend of parties has come to an end. Yowza! Jenny was not having it on Sun's day; she said normally I could as "her" enough to let me & her time refill her introvert energy tanks, but the full weekend of socializing left her all inward bound during the day. We mostly stayed out of each other's way for a while; she cleaned & cooked a lot, & I...was around. I was doing my thing! I cleaned after she cooked, I ran errands, I'm not totally feckless. We watched Inkheart-- or rather, Jenny did & I was around for it. It wasn't very good; the villains just kidnap the characters from scene to scene until various moments of deus ex machina happen. Visually it was alright though. There was also a "meet your fellow tenants!" party in the lobby of my building; since the lobby is right outside my door, I figured there wasn't any escaping it. Well, peeking out it didn't look populated with weirdos, so...I went out to say hello. It was actually okay; eventually Jenny even came out. My goals were: a) tell people not to smoke on the stoop, since that blows in my window; b) foster a sense of community in case of, whatever, emergency. Strength through unity! Or at least, you know, knowing your upstairs neighbor's face so you can be like "cut off that racket!" or something. Anyhow, yeah; it was okay, & I found out some key gossip. There was an elderly guy living in the building who was a mess. Like, very sick, very alcoholic, very crazy. He shouldn't have been alone. Feeding the bugs, the rats, crapping in the hallways, pissing himself; a disaster. We'd see him sometimes but then he'd be gone for long stretches-- in the hospital, you know? Then he'd come back for a month with the local barflies. Anyhow, I guess they amputated his legs & put him in a home. Yeah; mess. Anyhow, it was pretty okay; none of the people there are going to be my besties, but that is the outcome I'd prefer anyhow. After that it was time to suit up & head to Nino's apartment for True Blood; I say "Nino's" since Kira is out of town, so it isn't "Kira & Nino's." Also, his co-worker Jonathan came. I ate four enchilada which was probably two too many. True Blood! The sex scene...well, when you tell me it is going to be "shocking," I start brainstorming. My guess was a MMF threesome; Eric/Bill/Sookie, with Eric & Bill getting it on too, not just both being present. Someone else guessed Bill doing it with a werewolf who shifted to wolf form midway. So...we're pretty jaded I guess. Hard to shock us. I'm not complaining-- I just want Vampire Bill to always throw a lamp at that lady, every time he sees her. Every time. I like the King of Mississippi, but given how lackluster the Queen of Louisiana is, that isn't that hard to pull off. Also, still totally Team Jessica.
Collapse