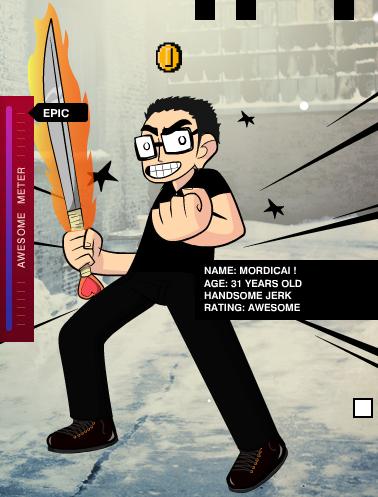 Lots of movies so far this week, that is what I've been up to. Movies, movies, movies. Cinema! Moon day we watched Shutter Island. I don't like Martin Scorsese. Or really it is more accurate to say that I don't care about Martin Scorsese. I don't like crime movies; movies about cops & robbers are innately boring to me. I don't care about them, so mostly Mister Scorsese's work is dis-interesting to me. Oh sure, Taxi Driver is okay, but ultimately another movie I just don't care about that much. So, when I saw the trailers for Shutter Island I was a little bit excited since, well-- maybe madness is a topic I'm interested in, maybe I'll get to enjoy some of the "Scorsese magic" everybody else likes. Then the movie got pretty lukewarm reviews-- which meant either that the film was terrible & the reviewers were soft-balling because it "The Martin Scorsese" or that maybe it is a film I might actually like. Well, I'm pleased to report that it is more the latter; I did end up enjoying the picture. People claim it is "predictable," & well, if you are able to read cinematic cues you can predict the way the film is going, sure, but that is...using the language of film. That isn't bad, the twist happens to set up the climax; the climax isn't the reveal but the choices made in that soup, which could go any which way. Besides that, my old school Clan Malkavian eyes are always looking for movies to add to the list of movies about crazies-- so yeah, throw this up there with Jacob's Ladder. Same movie; oh sure, totally different in plot & tone & character but something like the same theme.

Then of course Tyr's day I ran my game, which was great. When I came home Jenny was fast asleep with the fan on. It was miserable. I was still sweaty from the commute home & in the high humidity it just wasn't evaporating. Between that & the heat I languished till about one AM, which for Grandpa Mordicai is pretty late. Odin's day though was Television Night, featuring Me & Jenny, Maggie & David, & Lilly & her new pup Archie! Having a puppy is fun. I'd skipped out of work half an hour early so I could go to the gym & go to the gym I did; I had a decent little hour of power. Better than nothin', right? Back home I was overcome with a wave of stomach trouble; I was pretty miserable for a minute, but I got better. We watched...G.I. Joe: The Rise of Cobra. I didn't have anything to do with picking it! Well, I mean, it was in the apartment because I planned on watching it, but only so I could get "having opinions" out of the way. I have opinions about stuff! The movie was terrible. I mean-- okay, for comparison, I really, really like the first Transformers movie. I am okay with the movie being stupid-crazy. It is a movie about a cartoon that was really a commercial for selling toys. A movie about robots who turn into cars-- or maybe more realistically, vice versa: a movie about cars that turn into robots. With G.I. Joe you don't need to work hard to explain stuff; it is a movie about a cartoon that was really a commercial for toys. All you need is some ninjas & a rag-tag group of misfits, along with some ridiculously over the top villains. You couldn't do that, could you? No, of course not. You had to make the Baroness the hypnotized ex-girlfriend of the hero. You had to make Cobra Commander the brother of the baroness & the former team-mate of the hero. Seriously? Here are the good things I can say: Snake-Eyes was cool when you couldn't see that his mask had lips (disgusting, like Batman's nipples). Storm Shadow was always cool; I liked his white suit. The kids fighting though was...the best part of the movie-- when the flashbacks are the best part of your film, you are in trouble. I didn't mind that Cobra Commander wasn't the villain-- that was kind of clever, actually. I did mind that he looked dumb. Hey, yeah-- mirror helm & hood are both viable options, guys. Also, screaming. Anyhow, terrible film.

"Let there be light?" No.
The words that began the world:
"Roll initiative."

I'm a fan of DnD's Dungeon Master's Guide. There aren't a lot of books that lay out the stuff for campaign creation-- & well, luckily there is one more. Paizo has been making a niche for itself as something more than just "3.75," lately, producing products generic & comprehensive enough to be used by anyone, whether or not they are playing in the Pathfinder campaign setting. This is another one of those books, where the ambitious Dungeon Master, Game Master, Storyteller, or Narrator can find the tools to tinker in the greatest of arts: Worldbuilding. Now, Pathfinder products & me have been getting along mighty famously lately; I really enjoyed Prince of Wolves, which is a tie-in novel-- which meant it really had to soar for me to give it high marks, as these sorts of things have a hard row to hoe; most tie-in & expanded universe stuff is pretty schlocky. Being presently surprised by it really amped me up for the GameMastery Guide, & when I read this blog post I knew I had to have it. Pierce sent this out to me when I told him how much I was looking forward to it, & it is nice not to be disappointed.

We start out with a nice Wayne Reynolds cover; Wayne's made a career out of stylizing the "everything & the kitchen sink" adventurer-- the hero whose scrolls are strapped on like a bandoleer, whose magic potions hang in holsters. GameMastery Guide has the same motif applied to the "big bad" (I think he is a Runelord?), who sits in a spell-covered throne with an orrery beside him, an imp in a cage, a vast collection of parchments & vials, skulls, chains-- everything you might need, right at hand. Which really is what the book strives to be. There are sections of advice: "what if your players have X problem" or "what if Z trouble plagues my game?" These are de rigueur for books of this sort, along with the "types of player" lists & such. This is helpful advice, but an old hand might flip past them. Okay, villain building-- how to take into account things like Detect Evil-- yes, this is all nice. Ah! The charts & tables! This is the pay dirt, as far as I'm concerned. It was at page 54 that I really started nodding my head emphatically going "yes, yes, this. What we've got there is a list of comparative cultural titles-- King is to Kaiser is to Negus is to Caliph is to Maharaja is to Chao Fa...oh yes! I will certainly use that page again (even if it left out Bitwoded, my favorite Ethiopian title). Right next to it is a list of vocabulary (from "Abase" to "Zounds") that is just so properly...Gygaxian. d% tables of NPC traits start getting good when they feature a real range of hooks like "Goal: Wants to get proof that the afterlife exists before dying" & "Harelipped." Besides that, the idea of NPC Boons is a really nice one: befriend the local blacksmith or goatherd & they'll help you fix up your armor extra special or give you some home-brewed healing potions. Just small, simple rewards to encourage roleplaying.

The advice on building societies (classified as "Primitive, Feudal, Rural/Agricultural, Cosmopolitan & Other") is pretty on the nose, hits the spot-- especially once the discussion of technology & anachronism come into it. Why, sliding historical technological discoveries up & down in time is one of the tricks I use to create cultures in Oubliette. Then from there the GameMastery Guide gives you some thinking to do about the solar system of your game, its age, the planes, parallel dimensions-- the weird stuff that I as a Worldbuilder really savor. Heck, half the time all I do is wrestle with the cosmological implications of the monster of the week that I threw into the game. The general world building narrows down to adventure building, including a great number of random dungeon elements-- I'm tempted to go hog-wild & roll one up totally at the behest of the dice. There are city locations in the same vein, with enough weirdness scatted about to make it really stand out; you're likely to roll up spice & pepper for your dish, if you know what I mean. Bam! There is a pyramid in the middle of town. Same thing goes for the wilderness table-- okay, there is an abandoned cart wheel, a ruined croft, &...three foxes strung up in a tree...& a boarded up mineshaft. Yikes! If you ask me though, the best table in the book is Table 7-52: Ghost Ships & Shipwrecks. Heck, each of these is a perfect little adventure seed. "The Vile Axe: an orc warship lies broken on the cliffs, her vampire captain nowhere to be seen." Dun dun dun! A parting note: on the subject of the art-- there are men & women of varying complexions. It shouldn't be exciting to find that out, but it is. Diversity enriches storytelling, & Paizo is very good at having women in armor that isn't a chain mail bikini & people who aren't white that aren't savages.
Collapse