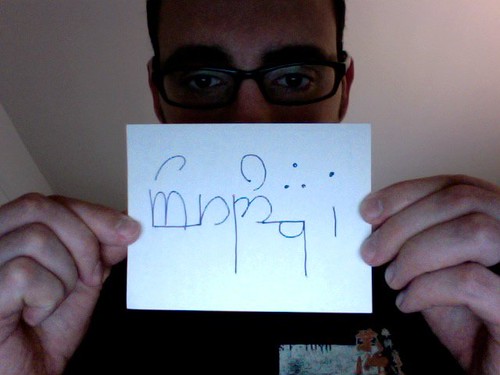 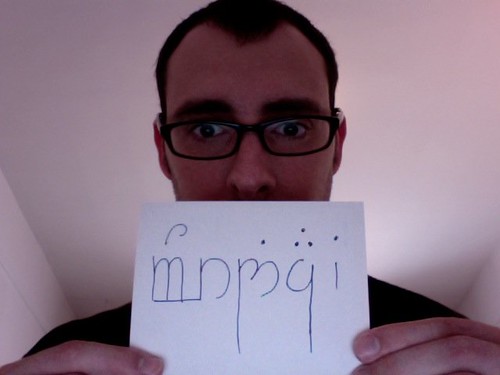 Yesterday ended up mostly a wash. I had the day off & thought Jenny might want to gym with me since she had a half-day of work & said she might want to go. She ended up not wanting to go & I ended up blowing it off entirely, which isn't the best news! Slow, lazy Mordicai. I can kind of count doing laundry the day before though, right? I mean, there were epic amounts of hauling & such-like labor. Anyhow while Jenny was gone I brainstormed for my game, for one thing, & beat out a fairly decent concept for "Adventure!" with

kingtycoon. I also played some hardcore Mega Man 9, which I still haven't beaten believe it or not! It is pretty hard. I did get to the final boss & I defeat two of his forms. The third one though, yikes, tough. I also sucked down the last dregs of Dune, which I like a lot when I try really hard to overlook the flaws. That is; it is a disaster, sure, but there are pieces of it that are quite gorgeous. I also watched a big chunk of Let the Right One In, which I finished up this morning. Having read the book Let the Right One In, I found myself...nonplussed, I think is the word for it. It wasn't that I didn't like it, but rather that...I already "got" it. The juxtaposition of brutality is a major selling point-- the act of a vampire's feeding as murder, & the response of the community to a rash of murders. The relationship is obviously the crux, & of course the movie went with a wispy gorgeous little Oskar rather than a chubby little one. So yes, I recommend seeing the movie or reading the book-- but more the latter.

Eventually Jenny came home & like I said, the gym was bailed on. We had cherished the time we had though! Gross. In all seriousness, it was nice to hang out, which was the plan for Saturn's day anyhow, the reason we slashed & burned all our other plans-- the ash fertilizes our relationship. We hung out, Jenny made a salad with some of our remaining greens-- arugula, romaine, leeks, with some flank steak & a hardboiled egg, & red wine vinaigrette. (I think that is an appropriate Oxford comma, right?) I also found out that for the last, oh, lets say thirty years of Jenny's life, she's been singing the wrong lyrics to "Frosty the Snowman." I'm sorry my love, but "Two eyes made out of SNOW" is hilarious. Not two eyes made out of SNOW! Two eyes made out of COAL. Otherwise, I also ran through some of my Tolkien texts because of the "Write Your Name in Elvish" fad from Neatorama; a useful orthographic site but I want to transliterate "Mordicai" as well as I can. I have pretty limited lexicons of Sindarin & Quenya but the best I was able to come up with was "Mordúkai" which means either "Dark Night Ten" or "Dark Night Sleep," "Dark Under..." or "...Hedge." You know, "Mordicai," as in "Morgoth," or "Mordor." You got it, Professor! Anyhow, I'm guessing my transliteration leaves much to be desired, but there you have it, I gave it a try. Then we watched Mystery Team, the movie by Derrick, the comedy troupe Donald Glover is in. It was...too long. I think a forty-five minute version of the film would have been better. That said, it fed my crush on Aubrey Plaza, which isn't really a crush so much as like...I don't know, whatever, she is great. We closed out the evening with infoMania & The Rotten Tomatoes Show. Today I got us breakfast from the diner & picked up some toiletries, but otherwise done very little.

kromelizard wrote his & dubbed this the "Elvish Meme," which I think we can say is officially the name.
This

kingtycoon is a participant & worldbuilder, which is what the Professor taught us.
Realmcovet put hers up at her tumblr; her penmanship is aces.
Terra did it too!
Collapse