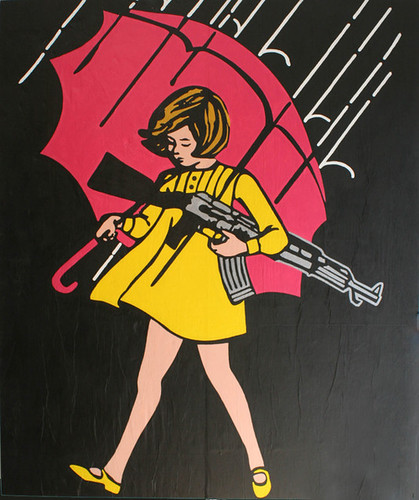 A simple little yesterday, but not an easy one, particularly. I came home early & managed to not do much of anything, really. I had finished reading Tracey's manuscript-- I've been hip deep in manuscripts lately, they've been dominating my reading. I'm reading another one for work, now. Not sure what else; watched a Daily Show & put the Mythbusters clip-show back on; Jenny came home then & we finished watching the Mythbusters countdown, because well, it is just good television. Plus we were all a-tangle of legs & arms & chuckles. The hidden reason behind the relaxing interlude being-- well, it was laundry day. Actually, it was laundry day last Moon day. Actually, it was laundry day like, weeks & weeks ago. I went to the store & bought a new cart; our old one was literally held together with pieces of string, & the "wheels" could only be called that very charitably, since they were hardly round & definitely not straight. The piles of separated clothes were intimidating-- I thought I might have to make Jenny tag along-- but I handled it. Taking laundry the long avenue block to the laundromat is a Jenga game I've sadly gotten good at. The laundromat itself was a bit of a mad house, with everyone filing in to wash their close & bringing their kids with them. That isn't a complaint-- no one was rude or selfish-- but it was stressful, negotiating the crowd. Actually, everyone was polite & went out of their way to help each other; there was a weird sense of community! Like getting the door for each others' over-stuffed carts or what have you. I think it is a good example of how ethics should work-- the people realize that in a couple of minutes they'll need the door held open, thus they are very ready to hold the doors open themselves. Now if everybody could displace their selfishness into the future like that, we'd be doing alright.

I read the first five issues of New Universal while I was there; I have no connection to the old "New Universe" comics, so I wasn't invested, & the comic was very "Warren Ellis-y," which makes sense, since he wrote it. But yeah, lots of what I just dubbed Any sufficiently advanced technobabble..., which is a true comic book trope I just coined. You know, where people are like "Well the infostrings of the superflow have a transverse proportion to your reality's metastructure..." to show that they are hyperadvanced alien god things. I liked it here, though; the idea of the heralds of universal uplift is a fun one. Plus, we're in a world where "the military will try to nuke Superman & Superman will go nuts & kill everyone!" is an over-done trope, so you instead of a superbeing that rises above that. If the comics were a little less "adult" I would have passed them on to one of the kids running around; since

fordmadoxfraud gave them to me, I'm eager to "pay it forward" as it were. Gross. Finished up, came home & Jenny made grilled bok choy & flank steak. Tastes, in my mouth. Folded the clothes but didn't finish putting them away; they are all scattered around my feet. We watched a bunch of Colbert Report while we were finishing up; we're in the television sargasso, the doldrums, but at least Leverage comes back; are there any good summer seasons? I hope we find something.
Collapse