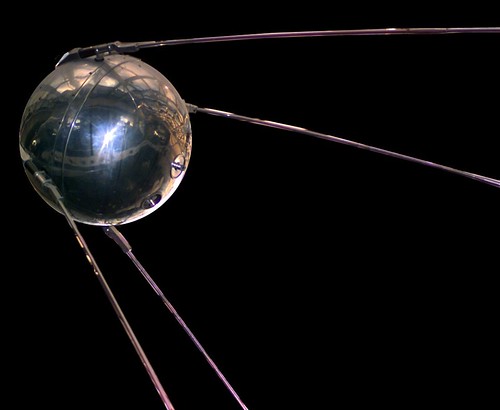 I went to pick Jenny up at the library, chatting along the walk with

kingtycoon about Klialisms, & about how Jacop & Phe from Solemnwell would fit into Oubliette without too much shoehorning. Jenny took a taxi cab from the airport to the Brooklyn Public Library's main branch at the tip of Prospect Park. Somehow, her driver didn't know how to get there? Which is stunning-- baffling? You take the BQE across the Manhattan Bridge, then it is a straight shot down Flatbush. Not complicated! There was a "Read In" there in protest of the budget cuts, so count this as part of our participation. What? I already wrote a letter. Meeting Jenny in a neutral third-party location (or is it second-party, since me & Jenny are our own party?) was the plan; she can take a little while to readjust to my presence when she comes back from a trip...or if I shave...or if I get a haircut...or if I change my shirt...anyhow, so putting some distance from the norm in helps. She's not thrown into the life she left right away. We walked to Kira & Nino's apartment to hang out with the ever-more-pregnant Kira for a while. Picked up milk, talked about funerals. Then to home again, jiggity jig. Not for long!

We were trying to decide what to do about food; I had managed to get my heart set on going on & we managed to decide on going to Benchmark again, which was pricier than I expected but I was all for it. Looking at it now on Yelp it seems like some people have had bad experiences there, but not me! We sat outside which might have something to do with it-- before it was Benchmark's front yard dining area is was Loki's backyard patio, where Jenny & I had our wedding after-party. On the downside, they didn't have the ingredients to make the "Spice Voyage" cocktail I had last time; it wasn't on the menu but I liked it enough to ask about it. I got a tequila & rhubarb drink, which was acceptable but not mind blowing. There is tequila again; I also sort of had a craving for it last week, too. Maybe I am getting ready to appreciate tequila? I always wonder about it, since I had similar "ohhhhh!" moments with other liquors, where it clicked. I drink nice tequila like once a year to see if I have any interest in it, but so far, nope. We started with the foie gras, which I'd never had before; suck on that, goose! It was predictably good, served with a citrus-y sauce & chopped pistachios. Because the waitress had been very helpful when I was asking about custom cocktails, Jenny & I were feeling a little braver about ordering the steaks-- a la carte steak, I don't know about that. The only way to learn is to do it, I guess. Though...I failed! I totally failed. I ordered the veal & it was basically a veal chop, like a pork chop or lamb chop. I don't know what I thought it would be, that is clearly what I was ordering. I guess I expected some fictional veal-steak. Well it was good anyhow, suck on that, baby cow. Jenny got a filet mignon which I was envious of; its bloody colour was really appealing. Sides-wise I think I won? I got mushroom spaetzle with arugula, which was yum; Jenny's brussels sprouts were good too, but like my veal it just wasn't what I was in the mood for. Still-- those complaints are all on me, those were decisions I made, you know?

Along the walk home we encountered the Brooklyn Pride Parade. That is fun; normally parades can be pretty boring, but this was just the correct length. Also, nice to live in a place where people take their kids out to see the Pride Parade. Also! New nickname for the neighborhood: Jurassic Park Slope. After the parade, we got home & watched some infoMania, specifically the Viral Video Film School special episodes. Jenny & I commiserated about our crushes. When you have a crush on somebody like Parker from Leverage it isn't so bad, because she's a fictional character. I mean, the actor or actress may be appealing, attractive, but she's not actually a sociopathic super-thief. So crushes on fictional characters are reasonably fulfilling. On the flipside, crushes on "real people"-- or I should say, real celebrities-- are annoying. Like Jenny's crush on Brett Erlich or my crush on Kari Byron. I don't exactly know why, I can't pinpoint it? I don't know, it is just frustrating, it isn't as clean as a fictional crush. Hrm. Anyhow, Brett Erlich is like a less attractive but more geeky Lee Pace, I feel like. Give me my crush on Lee Pace any day of the week! Though that is like, just an "arm crush," in that I want his arms, mostly. Jenny says my Kari Byron crush post-baby is because I'm interested in her now that I know she's fertile. I think that is probably part of it, I'm a gross breeder these days. Anyhow, then we laid in bed & laughed about Three Men & a Baby & The Wizard of Oz urban legends. & something else-- I said that when you get sad one traditionally eats corn on the cob in the bed, & Jenny nodded her head sagely before going "wait, what?" & that was pretty darn funny. In summary, it is fun to have Jenny back. So far all we've done today is drink coffee in silence in the living room while staring at computer screens.
Collapse