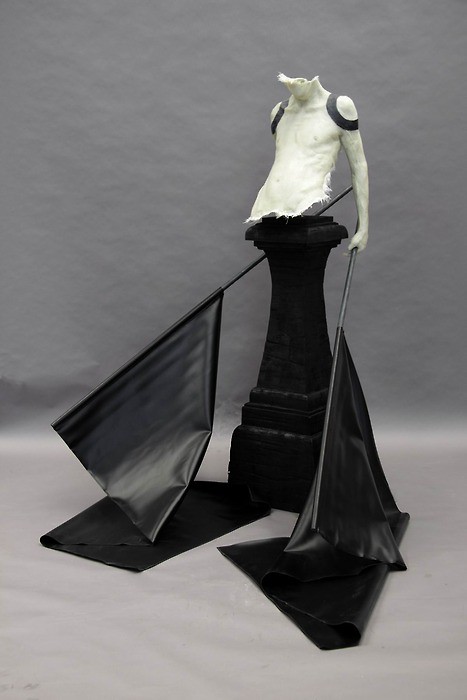 (Black Flags of the Licorice Duchy, sculpture by Grego Gaida.)

Last night was the character generation event for Oubliette Three! & it went very well. We've been exchanging emails on the subject for a while, so we had a pretty strong foundation for everyone to spring board off from. I'm starting small & building outward, though I have a pretty firm idea of the surrounding events, as well. It is a lot of sandbox, but I'm also trying to leave plenty of wiggle room so I can be a "Yes DM." That is, when a player says "What about this idea," instead of going "meh, I already have strong opinions about that idea," I can be like "Yes, that idea is great!" It is hard, since I'm a bit of a control freak & tend to build clockwork anthropology into the background. Still, I think it is working-- the initial three kingdoms are Anise, Antiphon, & Aubade. There was a bunch of worldbuilding done in collaboration with

fordmadoxfraud initially, but that clique just wasn't happening, people's schedules weren't lining up & all that jazz. I still would like to run that, though-- I still would. Anyhow, I took that organic soup (which mostly focused on Aubade & to a lesser extent Antiphon) over to my core group:

toughlad, Tom, Tracey & Sam (who mostly focused on Anise with a minor interest in Aubade). Tom couldn't make it last night due to camping (vacation on Memorial Weekend? Sucker!) so it was just the three others, but we crossed the eyes & dotted the tees.

Both James & Tracey's characters are involved with the Nobility of Anise. I want to use factions to a greater extent in this iteration of Oubliette, so I took a page from Vampire: the Requiem & gave the players bonuses like The Invictus or The Carthians-- half price on certain merits. The Nobility get discounts on: Haven, Status, Mount, & either Title (for Alphas) or Mentor (for anyone else). Haven is basically there to represent their castles or palaces-- there aren't cities really in Anise, but rather many castles dotting the landscape with either agricultural serfdoms or nomadic cowboyism. Status is quite simply the fact that those allied with the leadership have, well, status. Mount is basically a specialized sort of Retainer-- the cavalry lords of Anise have extraordinary creatures they ride on; perhaps like a lion with antlers, or a horse with scales or the like. What is the difference between Title & Status? Well, "Title" is true. That is, it is something like Renown, something spirits & gods & animals recognize. You could be a "lowly" knight (Title: O) but have vast influence (Status: OOOOO) & be in effect Francis Walsingham; by the same token you could be mostly unknown (Status: zero) but be a secret monarch (Title: OOOOO) like the Fisher King. Sam's character is a member of the Brotherhood of Steel-like "Gleaners." The Gleaners are a cadre in Aubade devoted-- some would say obsessed-- with the mining of ancient relics, which in Aubade litter the ground. Sam's character is an Engineer; he possesses the spark of genius that lets him innovate & invent, recapturing the glories of lightning. The Gleaners provide a price break on: Retainer, Library, Contacts & they allow their members access to tool shops. That is, for the last bit, that Gleaners are a fraternity; you have access to communal workspace that provides a tool bonus equal to your Status. Retainer is there because many Gleaners take on apprentices; Library is there because the Gleaners possess troves of lost data; & as for Contacts, well, you never know who'll need something from the Gleaners-- paupers & princes, priests & paragons, all might have a working relationship with that odd techno-cabal.

James' character is Slumbering Heart Dwells on Hill. He is a Duke of Anise-- the highest rank extant since the vanishing of the Pearl Queen. Duke of Saltwater, Slumberheart guards the border between Anise & the Abaia Mind-Control Zone. His land is barren, his castle ruins. He lives as an ascetic, dwelling in the memory of the past & the contemplation of the future. He is the ghost that haunts. An Alpha (a "superior" human being), Duke Slumberheart is insanely talented but his savant-like abilities come coupled with distraction, disconnection, introspection. Slumberheart spent his time weaving crop circles in the maize of his subjects, communicating with other beings through their intricate signs. He's in chase now of a stranger who came out from the Mind-Control zone, a la "The Man in Black Fled Across the Desert, and the Gunslinger Followed." The mask of his office is the Mirror Mask, the flower is the White Rose, & he bears the Broken Sword. His mount is the mysterious & sacred White Bodhisattva Anointed with Rosewater.

Tracey is playing Blue Glory on Dark Water, also known as Descartes Midnight. She is a Beta, the offspring of the Alpha Licorice Duke & the Human Thoreau Twilight. The beloved black sheep of her family, Blue Glory is close enough to the shadow of nobility to be above punishment but far enough from an actual title to be beyond reproach. Her father (Duke & Regent in the Queen's absence) is a jealous man, & that transcended into violent Bluebeard-ish rages & murders. Along came her mother who, Scheherazaded him back from the brink. Preaching self-sufficiency (& worshiping the Trump called The Hermit), she raised her daughter with equal parts teaching & neglect, making Blue reliant on no one, & no-thing. She is strong, capable & dangerous; she can catburgle & brawl as she sees fit. Her flower is the Red Rose (compare to her father's Black Rose) & her fruit is the Strawberry. She rides the hippofelis Heracles Vagabond.

Sam will be portraying Curie Firstlight. Curie is an Engineer, an inventor. Son of a devotee of The Sun Trump, the golden buttons on his waistcoat stand as a reminder of where he's from. His prospector father was the one who found the [black element], which is at the core of Curie's current train of investigation. Having captured the lightning, or rather drawn it forth from crystal like an angler at the reel, Mister Firstlight has proceeded to harness it into a torch & to produce the PAC gun; a weapon that emits a burst of lightning after vigorous cranking. Inspiration & invention are Curie's talents, & he's just begun to construct the future he can see so clearly in his head. Persuasive & thoughtful, he can tend to lose himself in his work...& in his pride. His father dying of some kind of blacklung & his mind overfilling with thoughts, he's set out to obtain funding for his experiments.

Edit: Tom's character is Long Cleaver of 1000 Helms, the Hungry Templar of the Haax Carls. Mounted astride his mighty destriar Great Thunder on the Plains (a creature seemingly part rhino & part alligator), Long Cleaver's Order were breakers of lines, shock troops of heroic deeds. In ornate armor, wolf skin as a cape, adorned with a demon's face & wielding a nodachi, he drove his enemies before him, rising with honor through the ranks to become a Centurion of his Order. His career with the other Templars was cut short, too soon. If not executed or exiled, his demotion to acting as the body guard for the whimsical & mad Duke Slumber Heart was certainly a punishment, removing him from everyone loyal to him, everyone he held dear. Now, with the secret name ABRAXAZ in his skeptical heart, he sets forth into the world, hoping to do his duty & unravel the mystery of his past. His Affiliation, the Hungry Templars, get half-price Contacts, Allies, Mount, & Resources. 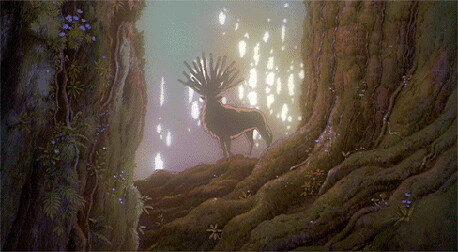