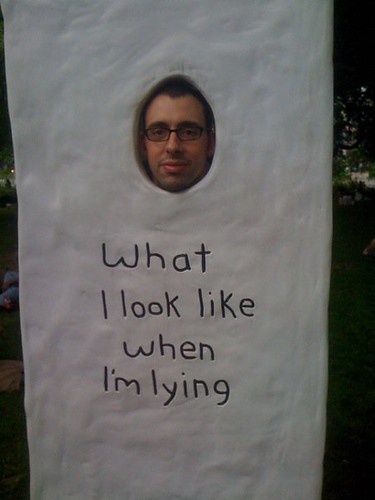 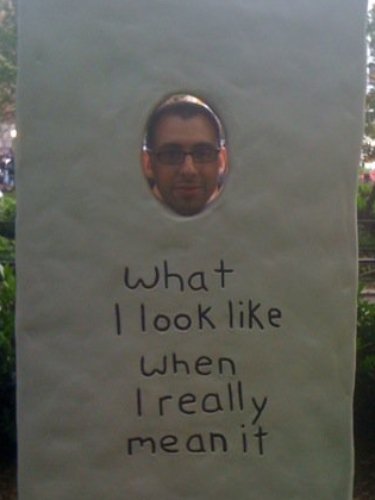 onatopofthings took me to go see Stuffed & Unstrung, the dirty muppet improv sketch show. Jenny was too under the weather to come, which was a bummer but there you have it. I was once again stymied on restaurants. I just don't have a Mid-Town game! I can maybe go to cheap & decent places around there, I can find you one of those, but I don't have like, the same mojo I've got in Brooklyn. Anyhow, that disclaimer is there to tell you how we ended up at Heartland Brewery, or as I like to call it, Gotham's Bennigans. I shouldn't really complain; the buffalo burger I had was good & so was the asparagus I got instead of french fries. Ryan & I split a "voyage" of bears beers; surprisingly I liked the lightest beer the best! The India River Light, with its misappropriated American Aboriginal paraphernalia. It was very citrus & a little coriander but mostly just refreshing. The waitresses all had that NYU gleam. When we were done with dinner we still had some time to kill, so we pottered around in the Square of Unity. Ryan took some pictures of me on the silly art installations. I liked them, they were very Seussical.

It wasn't a day for Seuss, or a night, or whatever. It was Henson time! We went to the theater & settled in. Ryan has the ability to select front row seats, no matter what show it is. It is comical, & fun. Sometimes it is strange, like at Guys & Dolls where we could see all the secret stage entrances & egresses. Usually though it is like this, full access! He can do it anywhere, no matter how seats are determined. Lottery, whatever. So, the show was fun. The alien morgue sketch was probably my favorite, followed by the crowd favorite: the cute puppy rap about herpes on Sarah Palin's butt. The show is set up so that on the screens you can see just the puppets, as if it was the Muppet Show or Sesame Street but I spent most of the time watching the puppeteers on stage. Improv is rough, but you know, puppets are awesome. Muppets are even better. I also liked the venue a lot: Union Square Theater. Nice ceiling, good access to concessions, people coming around selling drinks, & just generally pretty. & the intermission showed streaming updates of the twitter buzz about the show, which was interactive & fun. Bawdy puppets! The three suggestions I shouted, they used: "What is something weird to be addicted to?" SPIDERS! "What is a reason someone would be in a police station?" ASSASSINATIONS! "What would the mascot of Bob Sagat High School be?" THE JOEYS!

The real highlight of the show was...well. So they bring a couple up on stage-- apparently this is a thing they do-- & they have them recount their romantic history. So a couple comes up & they are all "oh, we've been together for 12 years...off & on...lets say 7 years, straight." & they are laughing but the girl is also like "yes, just dating. Boyfriend & girlfriend, 12 years..." The guy just keeps pushing the microphone to her, like he's shy. So the girl tells them about their first date-- they got expensive fish, but the dinner was bad & then they got Wendy's. Okay, so the muppets start acting out the date, the couple is supposed to ding the bell if they get a detail right, & buzz if they get them wrong. & it is funny & all but then the muppet guy is like "I think this date is going really well. I feel like we have a connection. In fact, I feel like in 10, 12 years, we will go on another date, to an amazing puppet show, & there I'll pop the question. Like for real. This isn't a joke, for real he's asking you to marry him, this is a real ring," says the puppet(teer), digging a ring out. & the guy gets on his knees & the girl is so surprised she does to & aww! She rang the bell to agree! To consent to wed. I'm maybe a sucker for romance. Also I'm a sucker for the free prosecco that they gave every one to toast the couple with. Thanks Cavit for donating it; that is the kind of advertising I notice. Also I'm totally a sap. 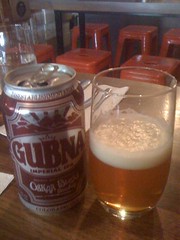 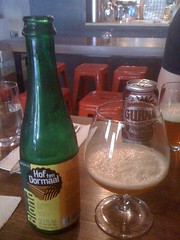 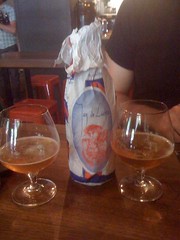 Okay! Maybe I had a nice morning. I should mention-- before I forget-- that I enjoyed an episode of Batman: The Brave & the Bold the other day. Which hasn't been recording? I dunno, DVR, what is up with that? So I switched it to just record effing everything. I stopped recording Adventure Time because...well it wasn't good. It lacked real actual joy? Like, where is the sincerity? It was all replaced by irony & gross Ren & Stimpy teeth. Jenny was sick still, this morning; she slept & slept. I got us some sandwiches but mostly I hung out in the living room by myself, playing some Mega Man 9 & working on languages for Oubliette. & also, I played some Give Up, Robot & watched some more of Lynch's Dune & well, I'm trying to strip it down a little, since I realize few players or readers will ever care about linguistics & scriptoral systems as much as I do.

Baal- spoken in Arioch & in other strange lands. A forked tongue of wicked words.
Clickclick- A language of glottal stops & smacking lips, spoken by the Botanists & doubtless others.

Aurum- remembered by some Demi, this tongue was created by dwarves, forged from gold beaten into ideas.
Argentine- spoken by a few Karnaks, the "grey tongue" is the language of the moon, invented by wolves.
Public- this pre-Fall language is found in the remnants of many ruins.
Archae- an old tongue, a song-tongue, spoken by vampires & creatures beyond the stars.
Binome- of unknown origin, golems & machines speak this crooked language.

onatopofthings showed up. IT WAS BEER TIME. Jenny was asleep, so Ryan & I went to Beer Table without her! Brunch. I had the brunch sort of on Valentine's Day, so I kind of knew how to play it. The salad was...too much. Spinach & strawberries covered in pepper are pretty fan-fucking-tastic, but they were not required, considering the giant slabs of waffle-monolith with multiple centimeter thick hocks of bacon. Food, okay, fine, is great. The waitress who looks like Toy served us. She's super pregnant; the last few days have been filled with attractive people who are pregnant or have babies. Jealous. Still I can't hold a grudge of spite & malice-- she gave us beer! (I can actually hold a grudge of malice; I always do). The first beers were Oskar Blues Gubna (apricot nectar, super rich, bright, burnt sugar, resin) & Hof Ten Dormaal Blond (clean, creamy carbonation, full, honey, gulpable). The Gubna came in a can! Apparently Oskar Blues is the only can they carry. I liked it, it was very aprocotty; for that matter, the Blond was very very carbonated. That was Ryan's pick & it was no joke. When the food & the first beers were gone, we split a wine-bottle sized Toren Jan de Lichte (coriander, orange peel, bitter, floral, frothy), which Ryan liked a lot, & I expected he would. I liked it too, but Ryan drank like a fish! Usually I fill his glass because otherwise he won't drink but he outpaced me on this one. We left & he went back to Queens to pack up to go back to the Wastes. I'm home & Jenny is awake now, & feeling better. She's at the sickness level where she's not like, impaired. She just can't do anything lest she get sicker. She sick enough to take long naps! I want to bug her but I won't. I've got Oubliette in a few hours. So there is that.
Collapse