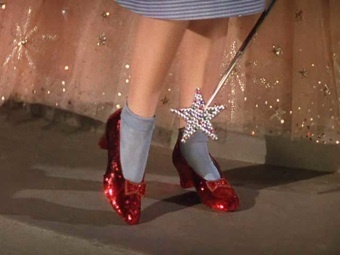 I suppose I should have paid better attention to my life! Sun's day I watched Glee with Jenny; the Joss Whedon directed episode starring Neil Patrick Harris. It was good: still no mash-ups? But the "Dream On" sing-off was pretty great, as was the "Safety Dance" dance number. Then Jenny went out & I watched the Mythbusters episode about the water slide video, which we all knew was fake but looked like a fun episode to make. There was some missed communication with Jenny-- whether she was coming home & feeling ill, or what-- but at the last minute I finally made it out the door & to the gym. I put in an hour, with maybe a bit of it heavy on the cardio, because the end of Aliens was on (it being quiet is so great, so correct!) followed by the opening of Casino Royale (yes please James Bond do more parkour). Anyhow, back home. Work has been heavy with BEA set-up; all day Moon's day & most of today. Moon's day night we watched...crap, what did we watch? We watched infoMania & the Rotten Tomatoes show, but was that Sun's day? I can't recall. The format changes on infoMania have been largely abandoned, but seeing Ben Hoffman hang out with Brian Saffi only made me more convinced that I do not like Ben Hoffman. Rotten Tomatoes still is all "critics" heavy, which is boring; I miss the user generated content. Anyhow, we also knocked back the season finale of How I Met Your Mother, which was...not insulting? Not particularly good, but not bad, so I won't freak out. Dinner was salmon with carrots & celery. I'm trying to start liking celery. I feel like I've done more, but I can't remember it. I read a bunch of Batman comics only to discover that I've read them all! & that the bits I was missing, namely the end of Morrison's run on Batman & the second half of "Whatever Happened to the Caped Crusader" weren't there. I'm not complaining though--

fordmadoxfraud has been siphoning me his old issues. Oh & today I saw Jocelyn at BEA & then Andy & Sherene & I ate lunch at Dos Caminos. I also snuck down to give Jenny a kiss! She was at BEA for some librarian thing. Oh & today is the anniversary of our wedding, so that is pretty cool.
Collapse