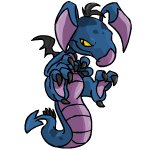 elladorian's apartment about seven, & hung out with

skycornerless for a while waiting for

john_naked to get off of work. We talked for a while about 4e Halflings...which are underpowered, now that you mention it. Being "Small" is only a disadvantage, & they don't seen to get any extra benefits for being small, either! We brainstormed & I came up with them getting a higher "proficiency" bonus; see, since Small only effects weapons, the fix has to only effect weapons, too. I thought maybe a +1 proficiency bonus on "Light Thrown" & "Off Hand" weapons, but maybe that is too useful? Maybe the right answer is something like a +1 proficiency to "Versatile" weapons? & maybe a +1 to Light Thrown just for nostalgia's sake. Meanwhile, Maggie made some killed mint lemonade cocktails!

The session began properly with some fun times! Edbury showed up finally & we did a vignette for his character; he's playing (or was-- his character died too!) a Shardmind in some way attuned to the Orrery-verse. The other players portrayed different...Queries? Asking Edbury's character questions about the fundamental metaphysics of the cosmos. "What is Monstruum's origin source? What is in Ova's seventh hand? What errors are there in the Archive? Where is the entrance to World-Below?" which the Shardmind answers & then the players voted affirmative/negative on whether the answer was accurate. It was a diagnostic! When we came out of that, we had a big brawl with...fire-guys! With flame drakes that bounced on their tails like Tigger, with lava-spitting flies. We had a tough time of it; various PCs went down at various other points. I never remembered to use Goblin Tactics, which lets you shift if someone misses you. If I'd've thought of it, I might have lived! Oh well. There were glowing pits that the flame drakes kept disappearing into; James said he thought that they were recharging their breath weapon, which made sense, & turned out to be more true than we thought! I figured there was hydrogen in the pits or something, & the drakes were gulping it down & then coming up to breathe fire on us.

Instead it turned out (we found out after the encounter) that they recharged anyone's Daily power. This is part of the problem with the meta-rule heavy DnD 4e. Should that have been more explicit? I feel like. I'm just wondering-- like minions. Should minions be "secret?" Should they be explicit? Should they be sort of half-way? I sort of feel the latter; like, if you have a huge "boss" in dragonscale armor or whatever, your players meta-game & realize he's the "boss." If he's got a ton of skeletons, the players meta-game & figure they are "minions" & I think that is what they are supposed to do. Rather than pretending there is no metagame, 4e embraces the metagame. Anyhow, we didn't know that the pits refilled powers! I was worried they might even be generating new monsters, so I made a break for the crystal platform at one end of the cavern, figuring it might have a way of closing the pits. To do so, I made a sort-of dumb, risky but calculated move, right into flank & provoking opportunity attacks. My defenses are pretty strong, I was hurt but not that badly off, & I figured "hey, I remembered about Goblin Tactics, so if one misses me I'll have scurried out of the way!" Well, that didn't work out at all. I got hit really bad by both & dropped to like, one hit point. So...I retreated, but the next round the lava flies hit me & I was down. Over the next 5 rounds I failed my three death saves, so! No one could have rescued me; the Edbury's character was down & he was the Leader; James' character was down or embroiled in the brawl; Maggie's character was down; & Emily's character was like the last chance for beating the bad guys. Which happened, we won, but not without some weird cyborg guy sticking Emily's Medusa & giving her like, a blood sugar test of some kind. 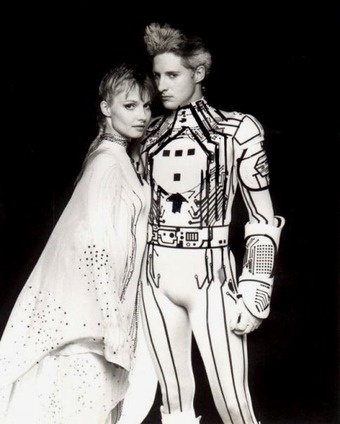 I'm feeling crabby & like my brain is comprised of loops of rubber cement. I am all annoyed & on edge. Down the street someone is doing something awful, just the sound of rusty metal on rusty metal scraping continuously for hour after hour. I'm angry at the freezer door for making too tight a seal when it closes so that I have to yank it open again to put the ice cube tray back in. & the frightful cacophony of industrial tools scraping along each other keeps pace. All just tiny little slivers that I'm letting get under my skin, under my fingernails like bamboo, onto my last nerve, running me ragged. I've poured myself a physic, seltzer & bitters, & I am just going to take a second & relax. By the way, the difference between club soda & seltzer is that the former might have a pinch of salt or some such added to it. Oh man, & someone just walked by with a cigarette; filthy smokers, polluting the air with their self-destruction, littering the ground with the remnants of their gross addiction. I don't want to smell your disgusting exhalations, you selfish...ugh. Deep breath, get a little aum shanti selah. I don't have anything on the table today, nothing I need to sort out. I want to cut my hair; somehow that is a chore? I'll do it sooner or later. & I want to go to the gym. Going to the gym will probably help with my teeth-grinding malice, but for all that I'll need to snap myself out of the loop I'm in. Sublimate the hate into iron & gird the iron to my bones. First I think I'll probably wallow for a little bit longer, though.

Yesterday I had lunch with with one of Nicola's friends; she recommended us to each other. Book Expo America is coming up, & he's in town for it. Ugh, don't remind me of BEA; I'm slightly concerned that I'll be over-drafted next week to pitch in with it; it doesn't sound as fun as usual, but then, that might by my foul & rotten mood talking. Anyhow, Ed & I quickly found some common ground (gaming & fiction & plenty of other stuff) to go over. His tenure on Wraith being a big check mark in the plus column. We went to Spice, which I haven't been to in forever. It was Thai food; I'm I guess spoiled, since it will take better than decent thai to impress me? Anyhow I am always pleased when I meet a stranger & it turns out that the stranger is pretty a-okay. Then home; the window between work & game I filled with Jenny. We hung out for a little bit at home-- I like her! & then we went to the Ale House for a draught of Sixpoints Brownstone & some comfort food. Which brings us through to today. All I've done today is hang out, make some espresso, & watch the rest of an episode of Mythbusters.

Oh, I read the recent Spider-Man/Wolverine team-up comic, where they travel into the past. Normally I wouldn't nit pick? Okay, cave men, dinosaurs, whatever-- sure. Except, well, when you start bringing actual events like the Cretaceous-Tertiary extinction into it, it starts getting a little muddled. Okay, okay, you have a Kirby mandated "cave men & dinosaurs" Earth-616 thing, & you are riffing on it, I get it, but I would have liked...I don't know, a little discussion about that. Also, Spider-Man is cooler than he's given credit for, though at least he's portrayed as a smart guy, here. & why are Wolverine & Spider-Man going cabin fever crazy & freaking out about being trapped in the past? Worse & weirder things happen to them all the time. I didn't totally buy it, which was maybe because Batman had the same adventure this week & it rang much truer?
Collapse