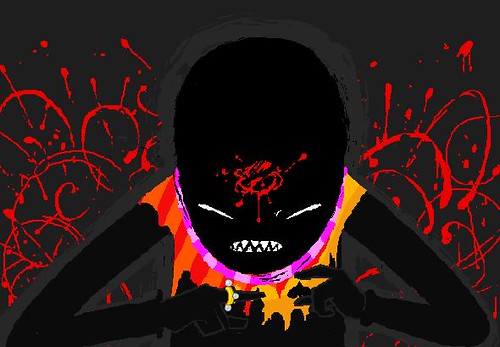 I am amped this morning! I am like 75 pages in to the first Hawkmoon novel & it is awesome; I'm stoked, after sort of being let down by Elric. So we're off to a good start so far. In other good news, I won a copy of the DnD book The Planes Above from Robot Viking, which puts me on a roll, since I won The Players Handbook 2 as well. Hooray! My mood might have something to do with the iced coffee I'm injecting into my veins as well. Today my plan for work is to listen to music & power through some back-log; Book Expo America is coming & I've been derailed from my usual duties by side projects for it. Yesterday was fun, too! After

john_naked canceled on lunch, that is. I went home carrying a big ole box & when I got there, I gave it to Jenny! Rather than wait, that is-- inside were her anniversary presents! Traditionally two year gift is cotton, but the "modern" option is china, so I went with the latter, rather than get her...what, a t-shirt? Cotton. Towels? I got her china, with octopuses on them (pictured below)! The handle of the tea-cup is a suckered tentacle even! So after she'd taken those out of the boxes, we went to the gym! Actually, now that I think of it that is backwards; we went to the gym, then she opened the box. Details! We did go to the gym, which is nice, because I was feeling like flaking out. She gave me the boost I needed. I only did an hour, again-- I'm tired this week, but I figure as long as I keep up the habit I'm still in a good place. Then we came home & watched the rest of How I Met Your Mother. A good episode?! That show has been lackluster lately & it was nice to have a funny episode again. The end sort of was a bummer though; I wish Judy Greer was the mother! It seems all I talk about anymore are girls I have crushes on, but add Judy Greer to the list. We followed it up with the season finale of Castle, which was fine but oh! I wanted the ending to happen, you know? Sexual tension is fine but at some point you gotta kiss or else you end up in the Scully/Mulder Null Zone. Or just make them platonic friends, that would be a fine "twist" as well. Then the evening closed out with Modern Family, which wasn't astonishing or anything but was fine. 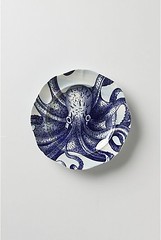 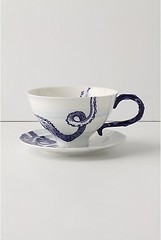