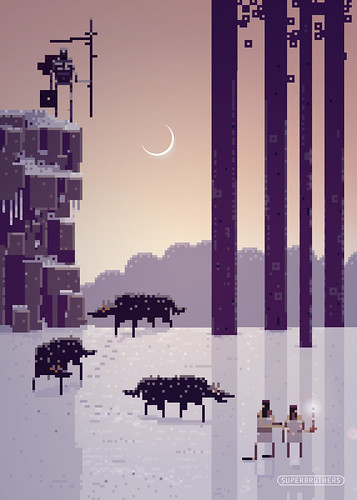 Ha ha ha! I just scared my friend Kelley really well. Our cubicals are back to back (they might be cubicals, but they aren't part of a cubical farm) & I snuck a can of DustOff over the partition & sprayed her hair with it. Pffst! It doesn't sound very funny but it was; she cursed in Spanish & everything. Victory! Otherwise today has been just a whatever. A blob of day-shaped goo. I had a Kate Bush song stuck in my head all morning. I still kind of do! Last night was pretty laid back; I came home & hung out with Jenny for a little while before she went off to hang out with Jodi. I ate some lamb shawarma & watched Mythbusters. I don't mean to be reductive of her role on the program, but I think Kari Byron is super hot lately. Maybe it is because she's clearly taking the leadership role with the journeymen Mythbusters (herself, Grant, Tory) or maybe it is because maternity suits her-- either way, total crush. Jodi arrived & Jenny left with her to go get food & drinks; meanwhile I sort of languished. I had planned on going to the gym but I was being lazy & it was raining! Luckily I conned Theresa into giving me the nudge to go. I only did an hours worth of working out, but I didn't stress my wrist, which had been bothering me, so I'll take it as a win. The Cosby Show was on, & it was cracking me up. I feel like that makes me a grown-up for sure: I could laugh at Theo because hey, I was a teenage boy, I know how that goes. His stupid antics are surprisingly plausible. I can also laugh at Cliff; his hijinks with his friends are also like me! & his fake antagonism with his wife, his wife's unwillingness to "play along" with his hijinks-- hey! The Cosby's are the Everyman Family! Eventually I came home, yelled through the window with Jodi & then Jenny & I watched Parks & Recreation & the song "November" is so sad!

I wish the cover was out for this book, as the image on the front of the galley is quite striking. C'est la vie; plus ça change, plus c'est la même chose. It is no secret that I was rather fond of Boneshaker, the first book in the unspooling Clockwork Century. If the first novel was Steampunk & Zombies, then this is Alternate History Civil War...& Zombies. Not enough zombies to overwhelm the story or unsettle those who might be bored of them as a horror motif & a balance of steam-driven technology; enough to make aficionados happy, but not enough to sag on the genre. A tight rope, a balancing act, nicely handled. Besides, maybe it is just me, but being on the cusp of the Steam Age & showing the start of the rise of Dieselpunk? Well, I'm more than okay with that. Plus, Priest uses her powers for "awesome"-- if you have Steampunk, well, give me some mecha! Oh & before I forget, I need to order Clementine, too.

In the end, I think I like Dreadnought better than Boneshaker. Mercy is a competent protagonist but not hyper competent, which leads to her being very believable. A strong woman surrounded by a diverse ensemble cast, which always wins points-- though I still call foul on sympathy for the Confederacy. Sure there were soldiers fighting for their farms, their states, what have you; then again, not to pull a Godwin but there were plenty of Germans fighting for their country, or in protest of the poverty the Treaty of Versailles imposed, but you know, at the end of the day both the Confederacy & the Nazis were pretty deeply at odds with basic human rights. Sorry folks! Priest doesn't get caught in the quibbles-- her characters are Blue & Grey & Texan & Mexican & the whole kit & caboose. She gives them all an even hand & it pays off. Similarly, it is the verisimilitude of the book that sticks with me; the vibrant scenes & vignettes. The hospital writing is great stuff-- not cloying or sappy, but also not giving in to splatter & gore & cheap feel-bad machination. That same sense of plausibility keeps through the rest of the book; the airship scenes are firing on all cylinders, the battles hit all the notes. She even adds a bit of colour every time a character on the eponymous train steps between cars, to remind you-- you're on a train.
Collapse