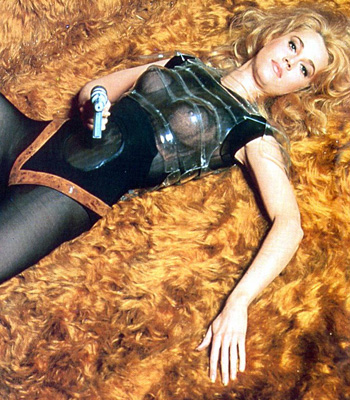 Yesterday I sure was fussy! I got home & was just a tired blob of malice & hate. Leave me alone! There was Thai food, which went down the gullet. We watched the penultimate episode of the season on Community which was notable for having a childhood chum in it with a line a dialogue. After that, I didn't want to do much besides sulk & read my DnD book. Eventually Jenny coaxed me back with a lemon bar & some brandy (well, the brandy was my idea...) & we watched the most recent episode of Glee. Hey! It was actually a decent episode that reminded me why I watch that show in the first place. First off, Lea Michele's "bad singing" was really...understated & well played? Usually when actors or singers have to "act" or "sing" in metafiction within their program, they ham it up terribly, since otherwise there is a risk of compromising the illusion...after all, these people are all acting. Rachel's "bad singing" was actually what bad singing sounds like-- kudos to that. Sue Sylvester was used properly-- she shows up, progresses the plot, drops some bon mots, & then takes off. Less is more! & I think Jesse, Finn's rival, was totally, 100% named "Jesse" just to set up the "Jesse's Girl" number. I really think that, & it is really awesome if that is the case. Also, there was plenty of Kurt, who should be the star of the show, & there was plenty of Brittany, whose "acting dumb" is delivered with impeccable timing. She's really strong & I hope they don't overplay that hand. Though I once again say: mash-ups. I don't want so many straight played numbers! Though in this episode they worked, so I can't complain. The fact that Neil Patrick Harris is in the next episode, & that episode is directed by Joss Whedon, is a good sign that the doldrums of season two are passing. Uh, & I just found out that NPH is voicing Dick Grayson in Under the Red Hood which is fun. Wait, & the actor who plays "Scooter" on How I Met Your Mother is Neil Patrick Harris' boyfriend? Okay, closing Wikipedia...
Collapse