This AD&D discussion started with

kromelizard's first "Blasted Oerth" game, but now that I've actually bought the book & read through it instead of just the pdf, I think it bears a little bit more scrutiny. First, the art. I think it was

toughlad who pointed it out-- all the guys have mustaches? Seriously, there is some droopy facial hair on display here! On a more serious note, there is a dedication to realism in some of the art-- or realism in a fantastic setting-- that the latter editions have gotten away from. That said, I really do like the Wayne Reynolds direction of 4e, & I think it compares with the more Larry Elmore inspired take AD&D 2e has. Just different styles, more than a situation of superiority-- & for every cheesy picture in one edition you can find another cheesy picture in another. The book is...sort of nicely put together? It is hard to judge that in the end, if only because the scattered, ad hoc, messy & frankly confusing rules require that the book be kind of labyrinthine. Then again, I think 4th edition books are kind of poorly laid out; at least in comparison to 3e, which was succinctly parceled out.

The real nitty gritty of course is the rules. First, let me touch on the races: I hate them all, but humans especially. Seriously, giving the races a grab bag of semi-useless powers gets under my skin. He has a 30% chance of something? Why do I care about keeping track of situational abilities if when the blue moon comes around & the situation happens, I still have to shoot craps to get it to work? No thank you. & the fact that the only advantage humans have is...that if the campaign goes to high levels, you aren't screwed? & you can decide to multi-class later in your career? No, I'm with 3e's ideas of human benefice: the extra feat, power, skills or whatever. 4e carries that torch, but there are still some tricky spots-- like, I kind of hate shardminds & genesai for being so scattered. I the 4e races that are best constructed are dragonborn & eladrin for having easy & evocative racial powers & the human & the half-elf for having flexible & evocative powers.

A word on Attributes. I really like the mechanic of "rolling under" your statistic. I think Peter has demonstrated that it works, & I think it more importantly makes the numbers on your character sheet mean something. A character with a high Dex seems more dexterous because she is. The AD&D 2e system of having skills grant negatives to a roll is fine? I think I like Zak Sabbath's rule of having skills allow a reroll if you don't make it (which he might have modified from DnD 1e?) better though. The biggest problem with "rolling under" is the simple paradigm shift the latter editions have embraced: do you want to roll low or roll high? Nothing sucks as much as rolling a natural 20 & having the Dungeon Master tell you you were trying to roll under some number. That is a natural 20! A critical, a crit! It also makes the skills & difficulties tough to manage: if the DM says "you get a bonus +2" is that a PENALTY? Or wait, he means a bonus to your attribute, not your roll? Or wait, what? Confusion abounds. I still like the core of it, rolling under the attribute, I'm just not sure how to best integrate it. The Strength 14 = +2 thing just isn't nearly as fun or as good of short-hand.

Classes! Okay, here we are into something interesting. There is a big problem with this book: spells. I've grown to hate spells; they are just a glut of pages that most characters don't need? Spells. I really appreciate the fact that the fourth edition gave everybody awesome dailies, so that not only can wizards cast cool spells once per day, but the fighter can do some unstoppable weapon technique once per day too. Conversely, I appreciate that everyone has an at-will, so that not only can the fighter bust some heads with his sword, but the wizard can sling some magic missiles or whatever. That being said, I do miss the sheer craziness of older edition's spells. That is what 4e lost. I think 4e can get it back, mostly by focusing on utility powers, but that is neither here nor there. AD&D 2e has a bunch of spells & most characters don't need them-- even the wizards don't need the cleric spells, etc. What I do appreciate is the division between the classes. Each class is like its own mini-game!

kingtycoon as talked glowingly about this sort of thing in Anima, that each type of hero "plays" differently. In AD&D, wizards & clerics cast spells, thieves & bards roll percentile (d% or d00 or d100, whatever you want to call it), & fighters...well, fighters are screwed. I don't like a lot of the scattered bits-- rangers & paladins & druids all have a lot of doorknobs & used gum wrappers & kitchen sinks, just junk you don't need to worry about, or stuff that isn't useful enough to bother with. Still, I get it. I don't like 4e's standard character progression-- everyone gets the same bonuses, same progression of extra powers, extra feats, same everything. Yawn! Again, even breaking this up so there was a character with more encounter powers, one with more utility powers, one with more daily powers-- & maybe one with more "skill powers-- would add much needed diversity to 4e. So yeah, I get why rogues have d% "skills"-- I wish they had more, actually. I get why spells are the way they are. I just would like to see that complexity both streamlined & diversified.

The moral of the story is: looking at 2e, I'm already thinking about 5e. 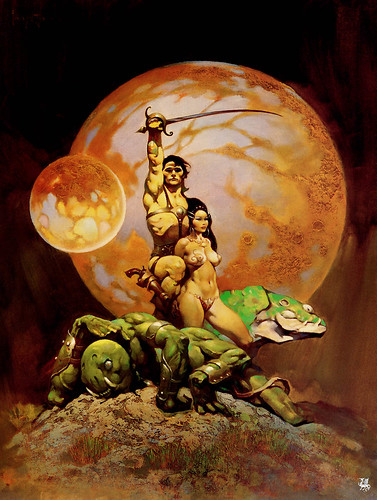 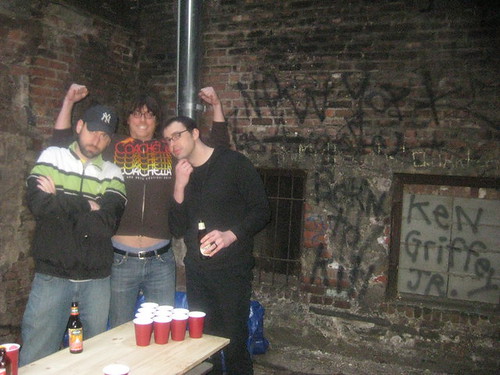 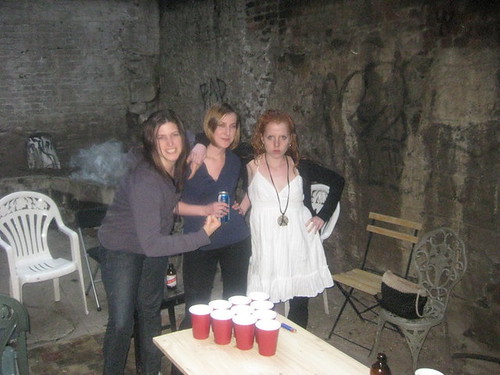 Watched the most recent episode of How I Met Your Mother last night. I should have been embarrassed to show its face on television-- it was a stinker. Not just the anti-intellectualism, though of course that bothered me. Not the abject failure of the characters to seem relevant, cool or even like someone you could empathize with-- just really your telling me Barney can't hit on a variety of girls, or doesn't understand "slumming," & makes a brazillion dollars & wears tailored italian suits but feels out of place at a dinner party? & that Marshall & Lilly are just a bunch of country bumpkins whose humor amounts to burping? & that Will Shortz is the pinnacle of high society? I mean, no offense to Mister Shortz, but Ken Ken puzzles are not exactly Fine Art-- not that I'm disparaging them but rather cast shade on the episode's inability to know what snooty jerks are like. Ted knowing The Inferno in the Italian is pretty close. Anyhow, the doppelganger almost made up for it; really though the episode annoyed me, just got under my skin. If you want to make fun of yuppies, do it better! Anyhow, then to bed; I sort of had a miserable night? At one point I woke up & languished in bed for a little while. Then breakfast! Or coffee at least: for morning coffee I make espresso & now I put in whole milk? Not just whole milk but like, grass-fed organic unpasteurized whole milk...with the cream added back in? It is pretty rich, & part of the movement to add more nutrients to the diet. I should probably go a lot easier on the starches to make up for it, actually. Anyhow, so far today I went to lunch with Amy & threw my hat in a different ring than the ring it had previously been in. Tonight my plan is to stay motivated & hit the gym.
Collapse