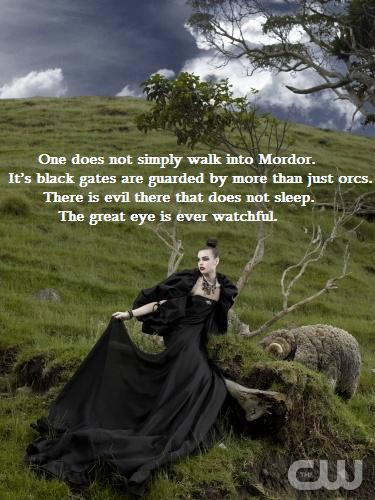 A little bit bothered; I am just comfortable, complacent-- which in & of itself is a hint that I am doing the right thing. Phase three on the day of the Moon, bright & early. If things don't go my way, no worries. That is what I try to remember. Well, really I remember the motto I coined to deal with the mundane world, the hedge against normality: One Foot In Front Of The Other. Just take the next step, & the next one. The ends justify the means. So, fire on the gates! & take deep breaths. This week by the way, is a disaster. Tyr's day Jenny had a work party-- I went to the gym & had a nice little time, but that is all. Last night was Television Night-- we watched two episodes of Avatar: The Last Airbender (at my insistence). Then Top Model. Why bother recapping it? Nothing worthwhile. New Zealand is very very pretty. Like, woah. & I drank some rum & after David & Maggie left Jenny & I stayed up cracking each other up, though I don't remember what about. Then today-- ugh, just melted brain. Not from the drinking, just...I don't know. I accidentally put on the espresso pot without water in it & melted the seal. Things like that. I also ate way too much Indian food-- I think I lack the ability to stop. The rest of the week is booked too, so I won't really get a chance to spend time with Jenny other than while we're asleep. Which is nice-- I don't have to worry about the angelcrickets in the walls-- but I want to spend time with her, damn it. I also won't have a chance to go to the gym till Saturn's day, which continues my recent lazy jag. The solution is to grit my teeth & keep firing my pistol. Lift the sword, let it fall. On the plus side, I've rededicated myself to adding mecha to everything. The Great Machine & the Solfège!
Collapse