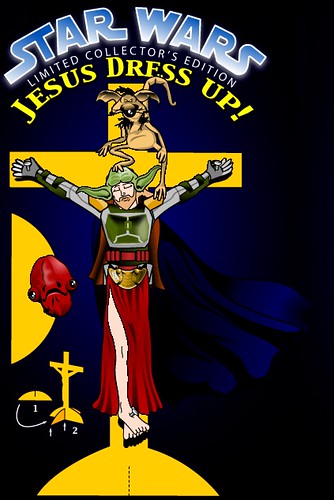 Well, lazy no good weekend. Badnik Saturn's day! Jenny has been on vacation, & it makes things tricky. Like, since she has access to me whenever she wants it, she doesn't have any interest in me! Scarcity I miss you! & since she's around on my days off I just want to hang around with her & I end up not getting anything done-- like not going to the gym. Still, I went three times last week, & I'm okay averaging that. I can live with that, right? Today I am fussy though, because I haven't worked out in a couple days. Also because I hadn't eaten till just a second ago-- which had the dual effect of making me crabby & of making it so I couldn't hurry up & go to the gym. Oh well, I had a bowl of cereal, which is a step in the right direction. I shouldn't complain! I had a nice Saturn's day. Jenny & I went for dinner at Athena & got copious quantities of Mediterranean food & talked about the Queen's Thief books. Of the dips the garlic was Superior; I had lamb shank & Jenny had moussaka & we split some dandelion greens. Also we split a bottle of wine & some after dinner coffee. We were full, full, full! We came home & watched both episodes of 30 Rock this week-- which were funny, which is good since the show has kind of been treading water. We closed up the night with Glee & let me tell you-- every minute they spend not on Kurt is a wasted minute of television. Kurt & Mercedes joining the Cheerios is smart, both in-character & on a meta-level. Seriously, that show is spending too much time on Shuster & Sylvester & Finn & Rachel. I get that they are the leads & they get media attention, but the viewers are tuning in for the ensemble. Also, Sue Sylvester is best done in doses, in drams not landslides. You risk blowing you cache if you feature her too heavily. This morning all I've done is shower, go to the grocery store, & watch a little Saturday Night Live. The Digital Short "Cherry Battle" was pretty good, that is all I have to say so far. 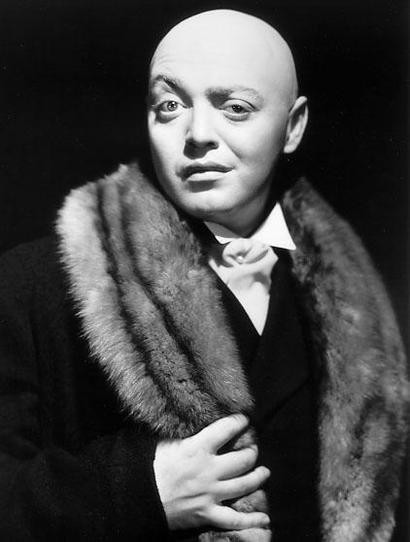 kromelizard's Advanced Dungeon & Dragons Second Edition game! I played some Dwarf Fortress to warm up for it. I think I ended up deciding Dwarf Fortress is too awkward & headdesk to play: I want something like this brilliant thing but I am spoiled by decent interfaces, I guess. I mean, it does harken back to being 13 & playing BBS Doors, but also, there is a reason I don't do that anymore. So in other words, exactly like AD&D 2e! Let me be clear; this rule set is the reason I quit playing Dungeons & Dragons & moved on to the green pastures of games like Shadowrun & West End Games' Star Wars. Halcyon days, but now that I'm older I have less fire in my belly against it, so when Peter said he wanted to run it, I declared that I was in. Plus, it is on Sun's day, & that is the day I have set aside on my internal clock for gaming.

I am playing a Gnome Wild Mage who looks like bald Peter Lorre named...well, his name isn't specific. In his culture, people translate their name however is appropriate for whatever culture they are saturated in, adopting their naming conventions as literally as possible; so he's Encre Panache sometimes, he's Ink Feather others, & sometimes he's Sir Blackquill. As the situation demands, you see? I think he's more of a metamagician than a devotee of Chaos; his interest in Wild Magic is academic & practical, not ideological. Encre has a Vancian background, with a childhood & adolescence spent on spelljammers plying the crystal spheres. Peter's game is more Fafard & the Grey Mouser, which is fine by me. Lets just play real close to the roots of the genre, eh?

toughlad is playing a Sparrow Hengeyokai Paladin with a Helm of Opposition (making him good) named Sir Rello.

What went down? Well we started as prisoners on a ship, being forcibly relocated to the Baalgor wastelands (of Palladium fame) as penal colonists. I didn't do anything (much)! Anyhow, I offered my help as a navigator & was subsequently clasped in irons. We figured-- "yep, pirates," & well...yep. Pirates. Well we freed ourselves & freed the rest of the (mostly evil) captives. Well some of them. There was a scuffle, & a storm, & well...the ship crashed. I used my favorite spell, "Nahal's Reckless Dweomer," & summoned some mongrelmen on accident. Fun! We ended up going to shore, just the party members. Renaldus almost drown-- we all almost drown! I scored us some fresh water, though. The continent of Baalgor is...bullshit. Nothing doin'! It is important to note: James' character ate termites from his underpants. Never forget. We were hiding from some pirates searching for us when we encountered...the blind cyclopes Otis. Otis & his three dogs! Probably the same cyclopes from the Odyssey, it turns out. Anyhow, we tried to be his friend, but he was evil & freaked out. So we killed his dogs, & beat him up, but let him live with a promise not to eat people, & also he gave us his treasure. Also, ran away...into an ambush! Well, I "Colour Spray"'d the ambush of (more) pirates & we ran, then we killed the ones that chased us. The End.

How did I feel about it, mechanically? Yep, it is a mess. Roll high? Roll low? How does this thing work? & rather than vague descriptions that are up to the Dungeon Master to interpret, as many old school enthusiasts claim, it is very specific descriptions...that don't make a lot of sense. There are clunky rules, rules that get in the way...but I had fun. Peter runs it well, for one thing. For another, attribute checks really work. I guess in DnD 1e, skills just let you re-roll on your attribute? I don't know, but I will say that attribute checks are smart & fun; between penalizing them with minuses to the attribute or rewarding them with minuses to the roll (& theoretically, re-rolls) there is a wealth of options. So yeah; I'm certainly not overcome with the desire to abandon the new edition, but hey! It was fun & if Peter wants to keep running it, I'm in! So I'll be back in two weeks, right on right on.
Collapse