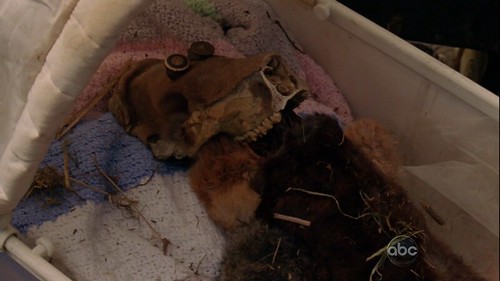 Came in to work to find out that the Phillip Pullman talk on The Good Man Jesus and the Scoundrel Christ has been canceled. Bummer, but I'll live somehow. Well, that ain't so bad, I guess I'll live. Spent the first part of my train ride flirting with a girl in high school! Well I had to; she had a Problem Sleuth notebook! Or a notebook with a "Pose like a team 'cause shit just got real" sticker. Anyhow, you'll be happy to know that at least as far as nerdy webcomics go, I still am on top of my game; I knew all her suggestions & gave her some new stuff to check out. Geek royalty! Anyhow, she was kind of adorable-- she didn't want me to tell her parents that she reads webcomics instead of doing her homework, which was her way of flirting but also being like "I'm clearly a teenager." Thanks kid! Well adjusted poindexters are like, my favorite. I spent the rest of the commute reading: I had to stop reading the book I had started the day before on account of suspicions of Orientalism. Seriously, you can't introduce a half-Asian character & says that she isn't beautiful but is something better..."exotic." Seriously? Shame too, because the packaging for it is very attractive. You can judge a book by its cover but sometimes it backfires. Anyhow, now I'm at work, so.

Tyr's day I went to the gym & had gym camaraderie. You know, just some huge dude all "hey man, you will get better results if you widen your grip" & then later after seeing me do some sit-up thing being like "how does that feel, does that hurt? I want to try, how much weight do you use?" Then when I left he gave me the power fist. That was fun, & way better than the work-out bonhomie of "spotting." On one hand, being asked by some bruiser to spot him is kind of flattering, since it means he identifies me as "in the club" but on the other hand...I don't know anything about spotting! So I feel like an idiot. I came home after the spot at the YMCA & Jenny made asparagus ravioli & we watched How I Met Your Mother. The most recent episode was decent, as in, par. Par is better than the rest of the season though, which so far has been kind of lackluster. I feel like breaking Barney & Robin up was actually the wrong move; it sort of reset the show to status quo. Like Brand New Day, it just isn't right to scrub continuity! After that we watched Castle, which had Battlestar Galactica's Anders as a guest star. First off, BSG actors add to any programs pedigree. He flirts with Detective Beckett, which lets Stana Katic flirt back. She's really good at flirting! You don't get to see it often, since her chemistry with Castle/Fillion is based on antagonism. Oh! & a long standing debate was settled! A few months ago I had said "count coup" to Jenny, who insisted that nobody said that. So I called

fordmadoxfraud & of course he knew about counting coup. Jenny said that just because the two of us knew what it meant, that didn't count. Anyhow, the villain on Castle said it! & Castle knew what it meant. Mainstream television equals vindication.

Same thing for Odin's day-- the big Television Night! Jenny & I had ribs & a burger from Rachel's & waited for David &

elladorian to show up. When they did we ate & had ourselves some chuckles (& probably talked about Dungeons & Dragons a bit too much for Jenny's taste) before jumping in to an episode of LOST. It was a Sawyer/James "flashback" episode, & probably the best episode of the season so far. I like "good" James Ford, & I will admit, for a second there I really wanted him to be a mecha pilot. A Bubblegum Crisis cop! I also like Sawyer; his whole "whatever, the problem with this dumb island is that nobody tells each other anything & people keep banal trivia secret along with life & death oddity. I'm just going to start telling everybody the truth." Good for you! Plus, I really like The Man In Black & how everyone is super nonplussed about him-- whatever, right? The island is weird as hell, who cares. Claire might be my favorite? She's been keeping her skull-baby, her surrogate doll, & when Kate saw it & was like "what is that?" Claire's "it's what I had! What choice did I have!" response is perfect crazy person logic, as is her holding Kate's hand. Her holding Kate's hand might be my single favorite LOST detail, especially since she tries to kill her right after. I had been talking about how I wasn't a miniature & numbers gaming geek growing up, but rather the all black pretentious storytelling gamer, which put me in mind of Vampire: the Masquerade & made me realize that Claire is a great Malkavian. She's crazy but not like, cuckoo. Then we watched another episode of this season's boring America's Next Top Model. The worst two girls were in the bottom two, true, but they are all kind of terrible. I summarized the photo shoot by saying that Angelea looked like a stripper at a sasquatch themed party. Yawn, though.

WE raised up the Sphinx,
and WE built the Pyramids.
Celestial WE.

These "Wooden Books" are cute; I like them & think they definitely enrich a bookshelf. They are tiny little bits of theosophy or paranormal whatsits, mostly. Stonehenge has some decent archeology scattered in amongst endorsements for dowsing & Temple of Solomon-like calculations. I'm interested; the skeptical reader who mines it for fiction, you know? Dowsing might not make sense, but there is so much mummery around it that you can take it, along with its context, & interject it into your worldbuilding. Same for alchemy or megalithic yards. Besides all that, Stonehenge is a weird calendar, you know? Fun stuff, & the Avebury Dragon? How awesome is that? So yeah. This book is popcorn, but I like it; bubblegum is good stuff!
Collapse